Roy Keane retired from international football on this day in 2005

18 JUN 1994: ROY KEANE #6 OF IRELAND IS CHASED BY GIUSEPPE SIGNORI #20 OF ITALY DURING IRELAND's 1-0 VICTORY OVER ITALY IN THE 1994 WORLD CUP GAME AT THE MEADOWLANDS+ GIANTS STADIUM IN EAST RUTHERFORD, NEW JERSEY. Mandatory Credit: Simon Bruty/ALLSPORT

YOU MIGHT remember a lot of things that happened in 2005, like Hurricane Katrina's destruction, Lance Armstrong winning a record seventh straight Tours de France, or Tom Cruise jumping for joy on Oprah’s couch. These are all great moments, but none was more significant than Ireland's greatest midfielder ever Roy Keane hanging up his boots for the final time in 2005.

The former Manchester United captain hung up his boots after the Republic of Ireland failed to qualify for the 2006 World Cup.

Keane, a fiery character, announced in a news statement that he would bring an end to a damaged relationship with Irish football, having had more than one issue with the Irish governing body.

Handed a debut by Jack Charlton in 1991 as a teenager, the then Nottingham Forest midfielder was soon on the plane to the 1994 World Cup.

Keane would transfer to Manchester United, before flying out with Ireland. Keane featured in all four games for Ireland in the United States, even during the 1-0 success over Italy. They would go out in the last 16.

1991 | A certain Roy Keane made his Ireland debut against Chile at Lansdowne Road in a 1-1 draw 👌#OTD | #COYBIG pic.twitter.com/sNe774DTZd

Keane was always someone who looked for perfection on the field and wasn't content with going out in the last 16, he never saw it as an achievement to make it out of the group.

Having clashed with Charlton over Ireland’s style of football, ex-team-mate Mick McCarthy took over and the shackles were now off with Keane going on to score eight times under his stewardship.

Keane's most famous moment came in the 2002 World Cup, where he left the camp due to the FAI's reluctance to provide facilities for the squad. Ireland did however beat Holland to a play-off spot where they saw off Iran to book their place at the finals in Japan and South Korea.

Keane would not feature in a second major tournament, though, after a huge row with McCarthy over their training camp in Saipan before the competition, with the Manchester United midfielder launching a volley of criticism at the Ireland boss in front of the squad after being confronted over an interview he had given with the Irish Times over the facilities.

Keane would never play again in a major tournament after the incident in Saipan, his interview with the Irish Times over the facilities is widely remembered.

Many people thought Keane was finished in an Ireland Jersey, but a recall occurred months after the incident.

McCarthy’s replacement, Brian Kerr, brought Keane back into the fold but the player retired after they failed to qualify for the 2006 World Cup, with the last of his 67 appearances being a home defeat to France in a qualifier. He would later become Ireland’s assistant manager between 2013 and 2018. 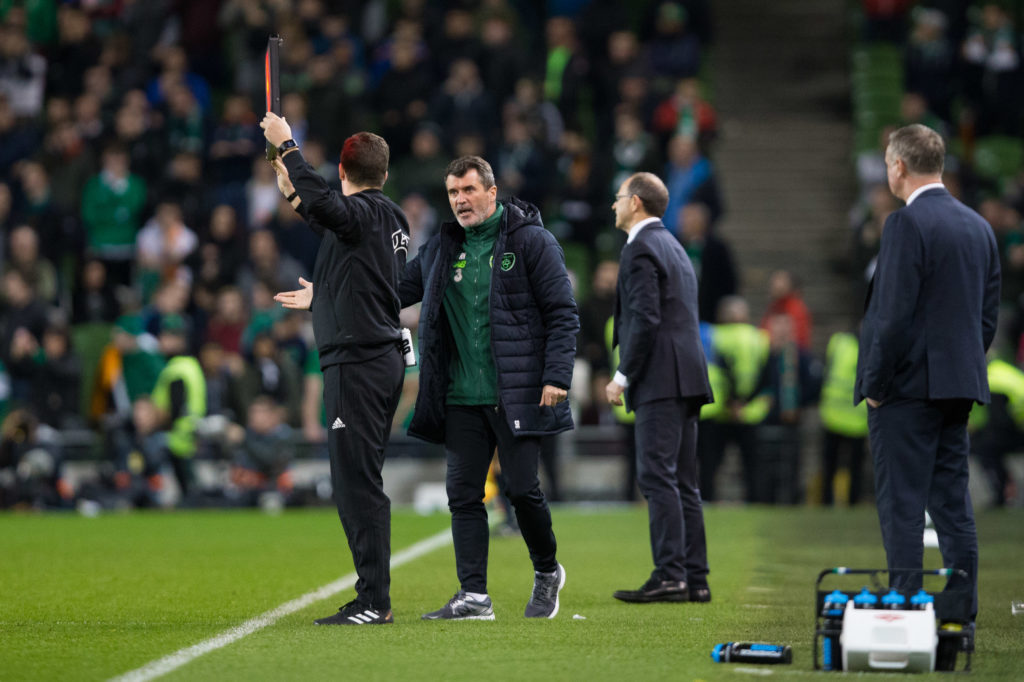