WITH Premier League, Football League and Scottish League games taking place this St Stephen’s Day, not every exile gets to go home at Christmas.

Many of Ireland’s lesser known footballers earn modest wages as professionals in the lower divisions in Britain, and the traditional Boxing Day fixture list prevents them from spending it in their homeland.

Out of the 92 clubs in the English Football League, you would be hard pressed to find a club with a history more complex than Accrington Stanley’s.

The Lancashire minnows’ history can be traced back to the early 1890’s and appears to involve constant battles to, not just remain a Football League club, but a football club of any kind.

Dubbed by its fans as “the club that wouldn’t die”, they could hardly have chosen a more fitting motto.
In spite of its turbulent past, the club is ambitious about a bright future, at least according to 27-year-old Conneely.

“We are usually one of the favourites to get relegated but the manager (John Coleman) is hammering home high expectations even though we have the lowest budget in the league,” Conneely told The Irish Post.

“He is very confident and it’s starting to get through to the players that we can achieve something special. A lot of the time for Accrington it’s about survival, it’s about staying in the league but this time we should have higher expectations, the target now is the playoffs.”

That Accrington Stanley have the lowest budget in the Football League is quite an understatement.
One of the reasons behind their constant financial struggle is due to its average attendance being a mere 1,478 for last season, meaning the club can only afford to pay its players an average wage of £400 per week.

The club doesn’t have its own training ground and up until recently they trained on the local university’s pitches before reaching an agreement with Bolton Wanderers to share facilities with their academy three days a week.

But at present it is a club that has offered former Republic of Ireland Under 21 international Conneely the chance to re-live his dream of being a professional footballer in England, rather than stay on with Sligo Rovers on a reduced wage with little job security.

“Had I signed on for Sligo Rovers again I would only have had a 10-month contract and I would have even been out of work again in November and December, signing on the dole and not knowing what was going to happen. So the security of the longer contract at Accrington was key for me,” admits the 27-year-old. 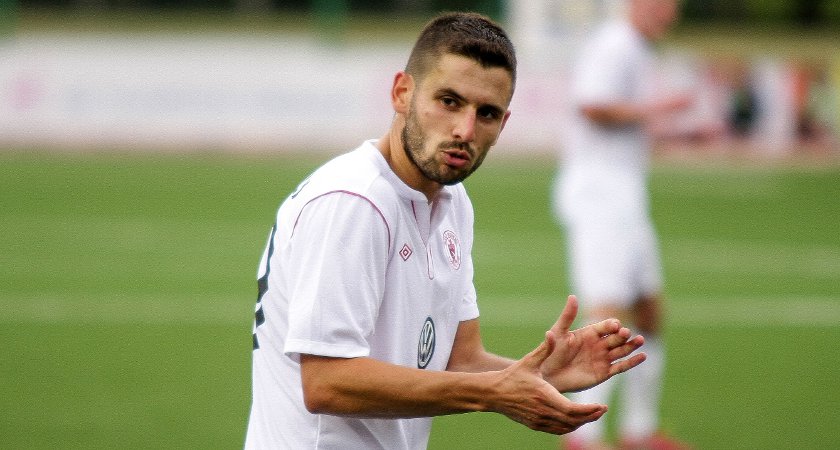 Seamus Conneely in his Sligo days [Picture: Inpho]
For all the glamour and financial gain to be made in the Premier League, or even the Championship, it’s a different game for those clubs and footballers in League One and League Two.

For players like Conneely, they face a yearly battle to secure new contacts, to secure themselves financially for the foreseeable future, and also to achieve general life goals.

Conneely’s proposal to his girlfriend, Lauren, had to wait until the ink dried on his current deal with Accrington Stanley last January.

“We didn’t get engaged until I came to Accrington. Once I knew I had an 18-month contract it was a big thing for me really,” he admitted. “The longest deal I ever had was 18 months.”

“Last year I was one of three players who wasn’t out of contract so for the rest of the squad it was a case of going into the office the Thursday before the last day of the season and either being offered a new deal or being told to find a new club.

“It doesn’t play on your mind during the game but at times at night in your apartment you might be thinking, I’ve only got eight months left on my contract, then seven months and so on but you try not to think about it too much.”

Whilst he has thought about following his fiancée into a secondary school teacher’s role in England – should his football career end prematurely – he remains determined to prolong his playing career for as long as he can.

“If there is nothing over next summer I would always consider going back to the League of Ireland, I still think I’m good enough to make a living playing football and I’d like to play as long as I can, but football is a short career,” declared the former Galway United man.

“If you do your best then something will happen. If Accrington don’t keep me on I’m confident another side will.”

From signing for Sheffield United, then managed by Gary Speed, where he failed to make a single first team appearance, to his trophy-laden days at Sligo Rovers to now making his mark on English football with Accrington Stanley, it has been quite an eventful career for Conneely.

But if history has taught us anything it is that those who refuse to give up, usually succeed. It seems Seamus Conneely and Accrington Stanley are cut from the same cloth.