HEAVYWEIGHT CHAMPION TYSON Fury walked out of an interview with Sky Sports on Tuesday after being prompted with questions about his relationship with Dubliner Daniel Kinahan.

This follows the US Government placing a €4.6million bounty on his head, along with his father Christy Snr and brother Christy Jnr.

'The Gypsy King' has praised the Kinahan in the past for managing to get a fight between Tyson Fury and himself ratified, but that was canceled due to Covid-19

He said: "I'm just after getting off the phone there with Daniel Kinahan.

"He's just informed me that the biggest fight in British boxing history has just been agreed."

"Big shout out Dan, he got this done. Literally over the line. Two fight deal."

This comes after MTK, the company associated with the alleged mob boss ceased operations yesterday. The CEO of MTK Bob Yalen stepped down the day before this

When asked about his relationship by Sky, he said:  "I've just had a million questions about this rubbish before, but like I've said to them, it's none of my business, and I don't get involved in others' business, so it doesn't really concern me."

The 33-year-old was then made aware of an actual relationship with the Irishman and said: What a man does in his own business is none of my concern, I am a boxing man, I don't get involved in anyone's business at all.

"I don't care what you've done, I'm only concerned in what I do, and I don't do anything apart from the box. End of."

He was finally asked if he would be distancing himself from Kinahan and any links he had with him.

He walked out of the interview and said he would never be speaking to the broadcaster(Sky) again.

He said: "I think it's going to be a great fight that night. I'm not here to talk politics, war or religion from you, trying to probe for me to say something.

"I'm not interested in others' concerns. Don't care, none of my business.

"I'm a boxing man and I've got a fight to think about, enough said.

"Thank you very much and I won't be doing any more interviews with Sky." 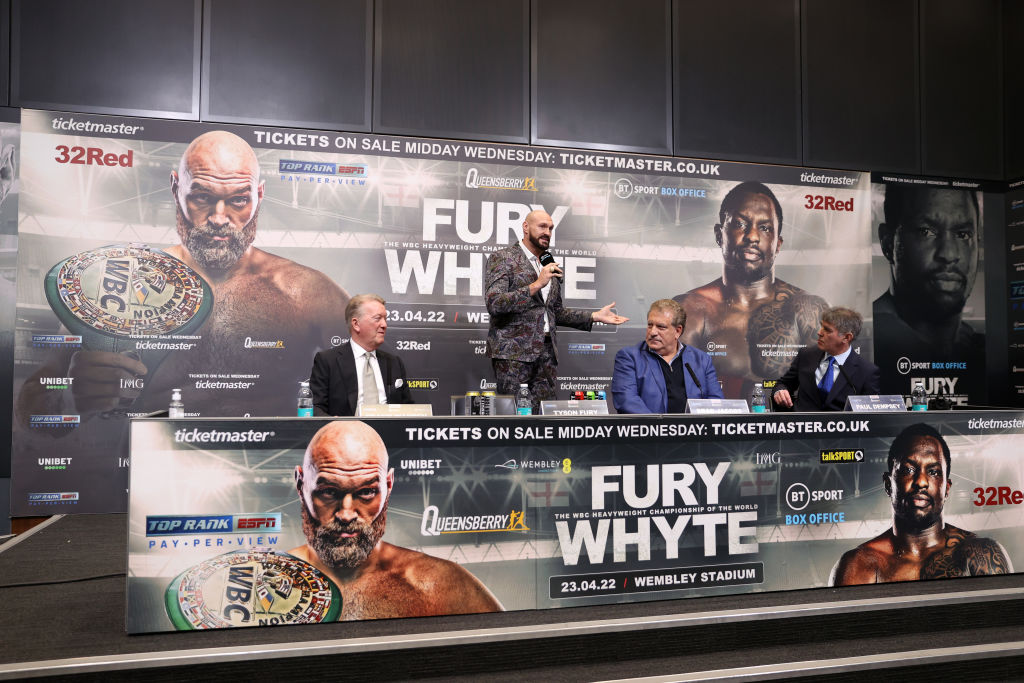