Andrea Begley: 'Danny O'Donoghue's left the door open if I need a bit of advice'

ON June 22 Andrea Begley’s life changed irrevocably. A world of interviews, public appearances and recording studios awaited the partially-sighted Co. Tyrone woman as she was crowned the winner of BBC’s The Voice UK.

In the intervening four months, the 27-year-old’s schedule has been hectic, to say the least, as she’s busily recorded her début album, scheduled her first concert dates and, to the envy of every red-blooded woman, spent more time in the studio with her mentor, The Script frontman Danny O’Donoghue.

O’Donoghue was the first of The Voice’s four judges to recognise her talent and, although Tom Jones also vied to mentor her, it was The Script singer who won her over.

“It’s great to know that you’ve got someone like that on your side,” Begley says of O’Donoghue. “He’s always left the door open if I need a bit of advice.”

His advice has been immeasurable for Begley as she’s entered her new sphere, a world away from her previous life studying for her Master’s Degree in Law.

Her new album was released last week and, at the time of talking, she remained confident that it would be received well.

“I’m not nervous,” she said. “I suppose everybody has anxiety about how your first album is going to be received, but I’m happy with how it’s turned out. I’m really excited for everybody to hear the album in full.”

Entitled The Message, the 12-track record showcases Begley’s voice at its best as she sings angelically through a mix of cover versions and original songs. 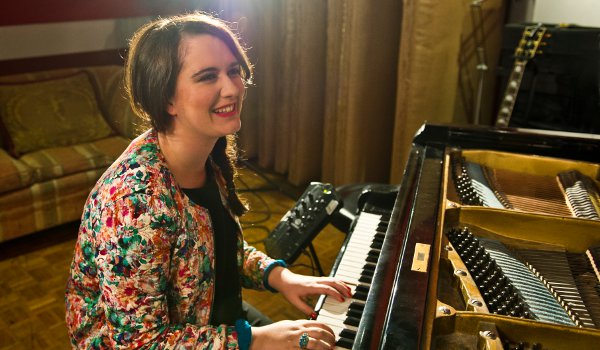 She's had a busy few months recording her début album

“I had quite a few ideas about what I wanted the album to sound like,” she explains. “It was important to get across different sides of me as a person and different genres and show people my material as well. The covers I’ve done, I’ve really tried to put my own twist on.

“It’s a whole lot of pieces in the jigsaw, but we’ve managed to tie it all together now in one finished package.”

The tracks vary between ballads, up-tempo songs, country and jazz; however, the predominant theme is the acoustic sound of the string arrangement. Covers of Joy Division’s Love Will Tear Us Apart and Disclosure’s Latch were “very much turned around from what they initially were” in Begley’s own style.

When asked to pick her favourite song from the album she hesitates. She believes that Bruce Springsteen’s Dancing In The Dark has “probably turned out as one of the strongest tracks on the album”.

“I really admire Bruce,” she says. “He’s a fantastic artist and I love a lot of his songs, but I think Dancing In The Dark, lyrically and melodically it’s fantastic, and I kind of put my own stamp on it.”

The Message, which Danny produced, is a close second. The pair worked closely during The Voice, butshe points out that being in the studio is “a totally different environment” to working on a live TV show.

“He [Danny] definitely seems to be very much at home in the recording studio,” she says. “We both worked very intensively on it and I think in the end he definitely put me through my paces. He’s very much a perfectionist when it comes to the recording. He’s going to keep in touch with me and keep watching on my progress.” 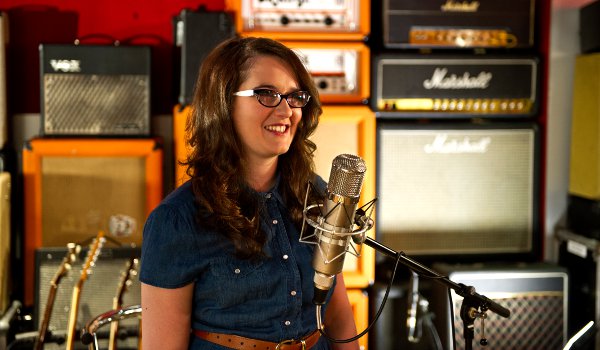 Having performed with The Script on The Voice, and with Danny on speed dial, surely collaborating with the band is on the cards?

“I’d love to. I mean, we’ll see what happens but I’d probably come up with some dreadful puns along the lines of ‘rewrite The Script’,” she jokes.

“It was a huge honour and I was absolutely delighted to perform with them on the show, whether they would ever let me into the studio with them is another question. Certainly if they asked me I wouldn’t be turning them down.”

Begley does not appear to be overwhelmed by the media attention she has received since she first wowed audiences with her sharp and distinctive tone; she seems comfortable in the new surroundings as a recording-artist, all whilst being partially-sighted.

As a child she developed problems with her vision and her condition became progressively worse. Begley was constantly in and out of hospital and underwent operations to correct her sight, which proved unsuccessful. She recalls the realisation that her sight “was never going to be the same” as everyone else.

“It’s left me in a position where I’ve got about 10 per cent vision,” she says. “I’m what’s called registered blind. I have a tiny amount of sight but not enough to manage with a lot of things.”

She remains overwhelmingly positive throughout the conversation, even when highlighting the challenges that she faces on a daily basis.

“Obviously I can’t drive, so it’s been a big limitation in ways, but in other ways I’ve learned to live with it over the years and I’ve had to adapt to it, to the point now where it’s just a part of me.” 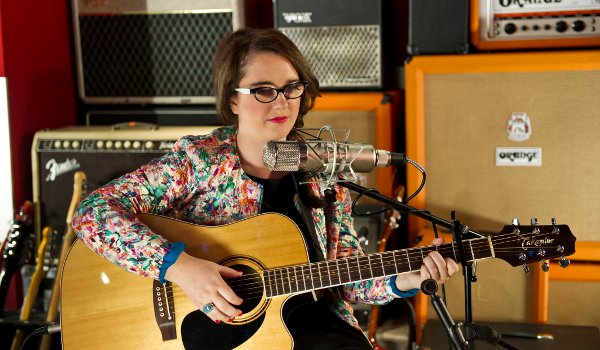 Despite being in the midst of launching her music career, Begley has found time to raise public awareness of visual impairment by giving a music tutorial to children with the disability at a school in North London. She has been involved with the Royal National Institute of Blind People (RNIB) since the age of 19.

More than anything, she recognises that The Voice provided her with a “wonderful platform” to not only pursue her career in music, but to act as an ambassador for the RNIB’s campaign about reading, by making books more accessible.

Begley is currently busy promoting her own tome. I Didn’t See That Coming isa “short snapshot” of her life during the BBC series including stories from behind the scenes, and the beginnings of her music career.

The book launch preceded two hotly-anticipated concert dates at Belfast’s Ulster Hall and London’s Union Chapel, where she will have her first opportunities to perform in a live solo show.

“I feel most at home performing my songs live anyway,” she says. “I’m really looking forward to getting back and performing for everybody back home.”

The immediate future appears to be well-mapped out for the talented musician, but Begley declares that, “beyond November I’ll be taking a bit of time out and thinking about the future and where I go beyond Christmas”.

If the past few months are anything to go by, there is no doubt 2014 will be another eventful year for the rising star.

Andrea Begley’s début album The Message is out now. I Didn’t See That Coming is published by BBC Books. She performs at Ulster Hall, Belfast on November 3 and Union Chapel, London on November 4.