The likes of Val Doonican is unlikely to be seen again

In the days before people watched Casualty, it was an Irishman Val Doonican - ensconced in a trademark rocking chair - who held the nation spellbound.

For 23 years smiling Val, topped the ratings on BBC1 on Saturday nights, the epitome of cool.

Surrounded by a bevy of adoring girl singers set to pass out in his divine presence, our Val smiled his way through ballad after ballad, hit after hit, silly song after silly song.

What kitsch! What a trouper!

Then one day he was gone. No explanations. No whys and wherefores. The nation was bereft.

Whatever happened to Val - the crooner with a girl’s name?

By the age of 76, he was in semi-retirement, spending his time with family and friends at homes in Buckinghamshire and in Spain.

There he indulged himself in his hobbies of watercolour painting, cooking and golf. 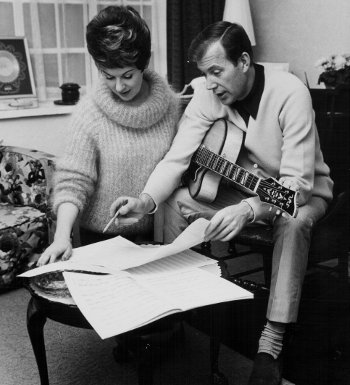 Val and his wife Lynn going over a song in 1965. Picture: Getty Images

He had been married to wife Lynnette for 40 years and more and had two grown-up daughters and grandchildren.

And, although he was reluctant to do any more television these days, Val was still touring.

Just a few venues a year at provincial theatres around Britain to keep the fans happy.

Michael Valentine Doonican, to give him his full name, was born on the February 3 1927, the youngest of eight children - four boys and four girls.

He became known as Val because, growing up in Waterford, there were too many Michaels and Micks around for him to be instantly identifiable.

In a childhood surrounded by a loving family, Val’s first memories were of collecting jam jars and watching his favourite cowboy films at the local cinema.

“I always remember as a child, together with a mate of mine, we would go looking for jam jars, either digging them up in fields or finding them in backyards.

"This was a lot of money in my time and, of course, it would pay for us to see the cowboy films.” 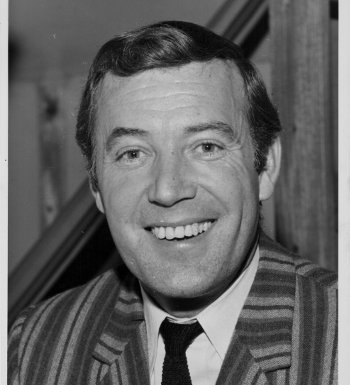 Val pictured at the height of his fame. Picture: Getty Images

“They were marvellous times, with Gene and Roy starring in the old black and white films. When I look back now, the pictures were awful.

“I remember as a six-year-old writing to Gene Autry in America - I never did get a reply, until years later when I appeared on This Is Your Life.

“Gene walked on with his 10-gallon hat, leaned over and said ‘Val, I’ve come to apologise for not answering your letter’.”

Growing up in Waterford, in the 1930s, was a far cry from this world of high-tech computers and big money.

“My family were poor but no different than others. I shared a room with my three brothers; the four girls slept the other side of the partition wall and my parents in the living room.

“Sadly, my father died when I was 14 from cancer, and afterwards I left school in order to help support the rest of the family.

“My first job was in a box factory, but I also started to learn to play the mandolin. My brother John was the one who showed me my first notes.”

The start of Val’s musical career was at hand.

“I formed my own group with a few friends and tried to be the Waterford singing cowboys.

"I was now playing guitar and drums, and many a night was spent in draughty church halls in small country villages and towns around Ireland.

“We would play for six hours non-stop, with very little money.” 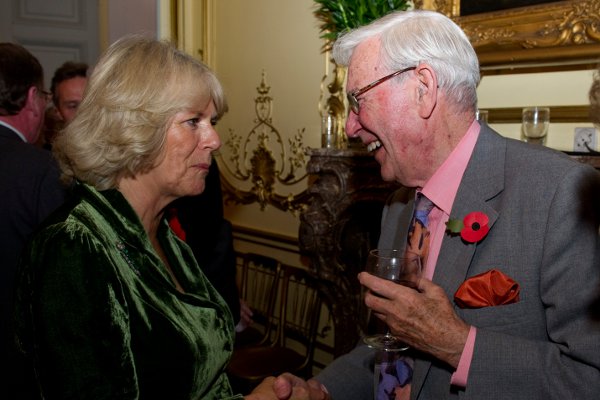 Val meets Camilla, Duchess of Cornwall at the Irish Embassy in 2010

In 1951, still playing the circuit in Ireland, Doonican was approached to join a band in England.

“I joined a singing quartet called The Four Ramblers and played the variety clubs all over England. The group were well established and I spent a very enjoyable nine years with them.”

In the late 1950s Val’s claim to fame was a weekly 30-minute radio show on the BBC Light Programme.

“This programme enabled me to build a varied repertoire and a sizeable listening audience. I enjoyed the show, doing it in a light-hearted way. It also gave me the chance to make many personal appearances as a cabaret artist.”

By the early 1960s the programme was gaining in popularity.

Around about this time Doonican met his wife Lynnette.

“We were supporting the late Anthony Newley, and at the time Lynn - who was an impressionist - was more famous than I was. We fell in love and got married some time later.”

In early 1964, a sequence of events was to change Val’s career forever.

“I was spotted at a concert by a chap who was arranging acts for Sunday Night at the London Palladium. He obviously liked what he saw.

"Having passed the audition, I had to find a suitable song and went with the Faren Young number Walk Tall. 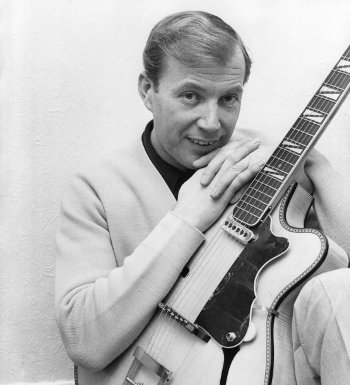 A publicity shot of Val from the 1960s. Picture: Getty Images

After this appearance every offer under the sun came my way. I suppose I was an overnight success after 17 years!”

The musical legacy of the Swinging Sixties was all pop, but here was a crooner getting huge hits in the British charts.

“I had nine Top 10 hits in succession: Walk Tall, Special Years, Elusive Butterfly - they all came in rapid succession.

“The funny thing was nothing could have been more inappropriate at the time.

"There was me with Elvis Presley, The Beatles and the Rolling Stones. I was singing simple ballads up against big name singers who were in their late teens and early 20s.

Top of the Pops beckoned for the old man.

“The first time I made an appearance, there were two girls dancing to The Walker Brothers who were singing one of their hits No Regrets.

“They stopped, looked at me, and one said to the other ‘Who’s he?’ - even the floor manager didn’t know me. Yet I was Number 2 in the charts behind the Beatles!

“Top of the Pops was held in Manchester at this time and the BBC would fly you up. I was amongst stars like Matt Munroe, Petula Clarke and Pete Murray.”

With his rocking chair image and easy going style Val Doonican was one of the best-loved entertainers in the country.

But, unlike a lot of today’s manufactured bands, Val’s image was more of an accident than an astute marketing ploy.

“I didn’t create the rocking chair or the casual jumpers - it just happened.” 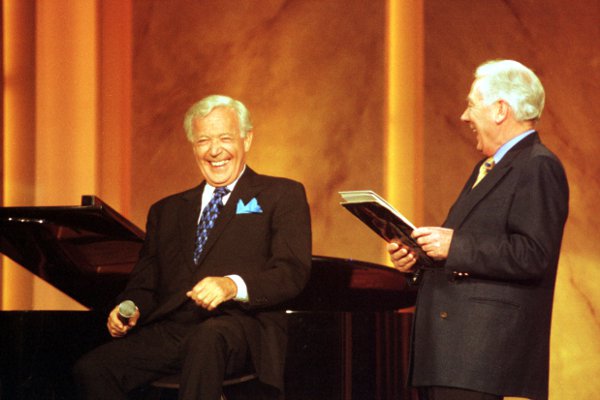 And in no small way. Val had his own show on the BBC for 23 years and also had a few more with another television channel.

He also did many Christmas specials.

He has a great affinity with Irish songs like Delaney’s Donkey, Paddy McGinty’s Goat and Rafferty’s Motor Car.

“I’ve known those little songs for as long as I can remember, though Delany’s Donkey and McGinty’s Goat are not actually Irish songs - they are basically music hall songs.

“Many, many a time I’ve been told by Irish people that they are rubbish but Delaney’s Donkey is one of the best selling records of all time!”

In the autumn of his life, and after a glorious career in showbusiness, Val had the comfort of his loving wife Lynn, two delightful daughters (Sarah and Fiona), and grandchildren.

“I’ve had a great life, and am still enjoying it. I love to go back to Waterford and see everybody; just outside the city is a tiny little island and a hotel called The Waterford Castle where I played as a child - my wife and I just love it.”

Val  recorded over 50 music albums, sales of which register in the millions.

He has fans all over the world, and shared a stage with such luminaries as Bing Crosby, Perry Como, Andy Williams, Johnny Mathis, John Denver, Tony Bennett, as well as a host of other top names.

He is a credit to the music business and Ireland in particular — so much so that the likes of Val Doonican is unlikely to be seen again.