Beware - all species of plant can come under attack

VIRAL infections are not confined to humans.

All species of plant from herbaceous perennials to aged hardwood trees, can be, and are, regularly attacked.

Infections have occurred in many varieties over the years: lilies, daphne, ornamental shrubs, many daffodils, even tulips.

Not too long ago one could buy Rembrandt tulips in mixtures which included weird colours: dark mahogany-brown, fawn, and raspberry red, all striped and 'feathered' (marked) with contrasting shades.

Although the flowers were not large by today’s standard, they were striking in many respects.

The Dutch government was obliged to withdraw these from sale when it was found that they were being sold for many multiples the value of a house.

It was then discovered that the characteristic colour 'breaks' were caused by a virus usually spread by sap-sucking insects. The market and trade in tulips collapsed overnight. 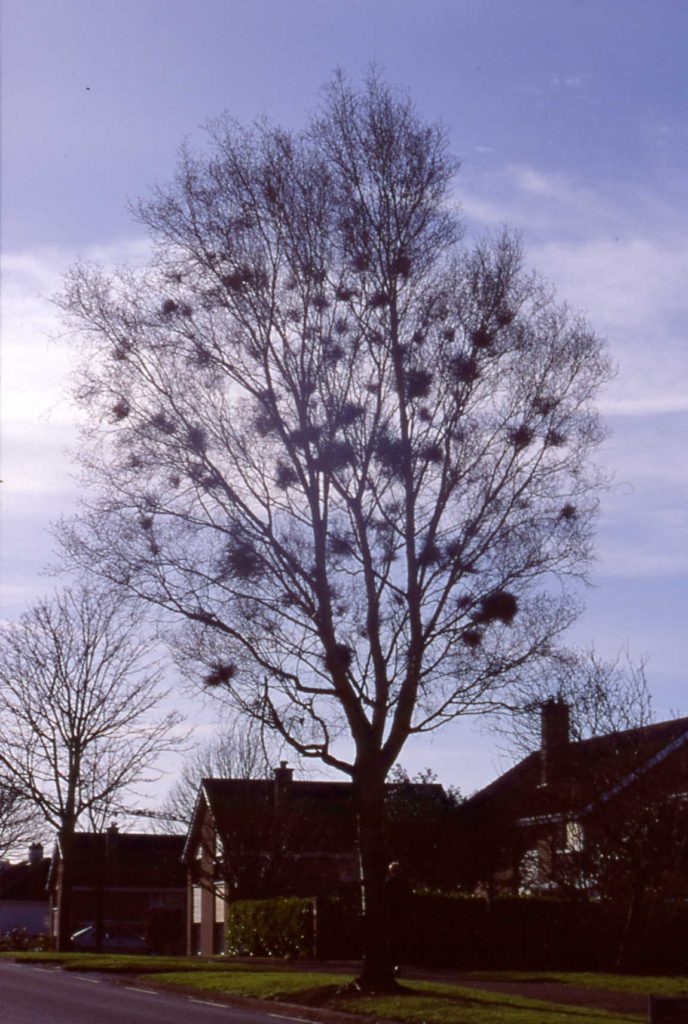 An example of witches' broom on a birch tree

Many of the malformations that gardeners notice are caused by a disturbance in their normal growth pattern (usually the plant's hormone system becomes disrupted).

Tree galls and other swellings are common, but they often go unnoticed.

However, closer inspection of roots, stems, and trunks will reveal these, seldom on foliage or fruits.

Witches' brooms however (see illustration) are easily recognised for they occur in the crown of many trees especially birches, hornbeams, cherry and plum.

Viewed from a distance, (especially during winter when bare of leaves) witches' brooms look like a collection of bird’s nests, some of which may occasionally reach enormous proportions.

In reality of course, these 'nests' are simply clusters of close growing, many-branched twigs, which arise from fungal, viral, or other unknown causes.

By themselves, witches’ brooms do not tend to have an impact on the long-term health of a tree.

The growth in the deformed area simply does not function as it should, and no photosynthesising material is produced.

Sometimes brooms appear on fruit trees, but it seldom affects either the volume or quality of the crop.

The exception with all brooms is when they reach huge proportions.

This being the case, the victim may suffer substantial wind damage in leaf, or out.

When small they can be left as an unusual but not unsightly feature. If, for aesthetic reasons they must be removed, cut them out and burn the affected parts.

Why it's high time you started gardening with the moon

All hail the return of the windflower

Choose azaleas for your garden – the flower that never disappoints