Harp musician on sunset with harp at the seaside.

IRISH myths and legends easily number in the hundreds. From the banshees that are abroad at the dead of night to the great Ulster sagas of Cú Chullain, we have way more than our fair share.

But separating fact from fiction, and legend from history, can be difficult.

Here we explode some of the most commonly-held misapprehensions about Ireland... 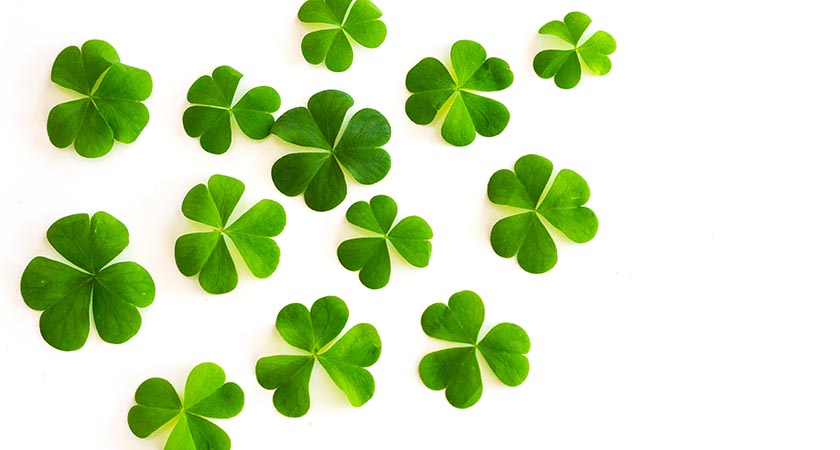 Spoiler alert — this may not be a shamrock, just a humble clover (Picture: iStock)

1: The shamrock only grows in those areas of Ireland where St Patrick walked

Nope, not so. In fact, shock horror, there is no such thing as a ‘shamrock’. Botanically speaking, that is — rightly does it have ‘sham’ in its name. Any of around half-a-dozen species of clover, sorrel or medick trade under the name shamrock. 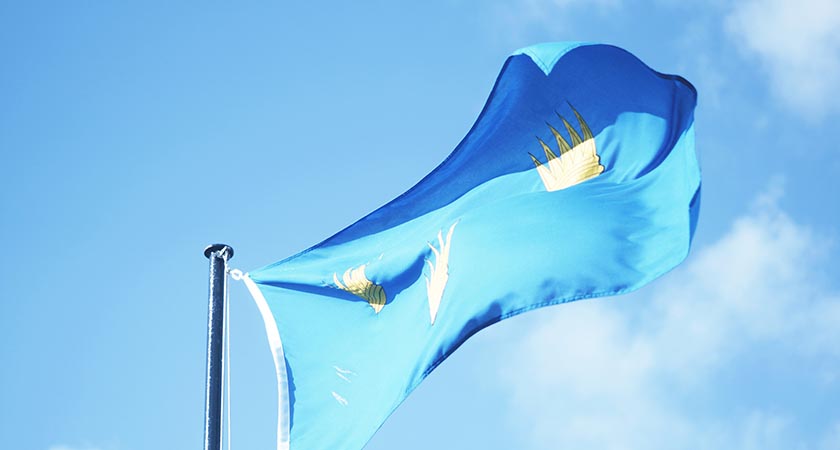 Flying the blues — Ireland has had a long, unflagging connection with the colour blue (Picture: iStock)

2: Green is the official colour of Ireland

Although the colour blue is related to the country's British subjugation, older Irish associations stretch back to mythological times. The crest for the ancient Kingdom of Meath showed the image of a High King against a blue background. This historical blue connection inspired Constance Markievicz to use the light blue as the background for the Starry Plough flag of the Irish Citizen Army.

The formal use of blue, as in the Order of St Patrick, first appeared in Ireland when it officially became a kingdom in 1542 under the reign of King Henry VIII. You'd have thought he might have had other things on his mind. 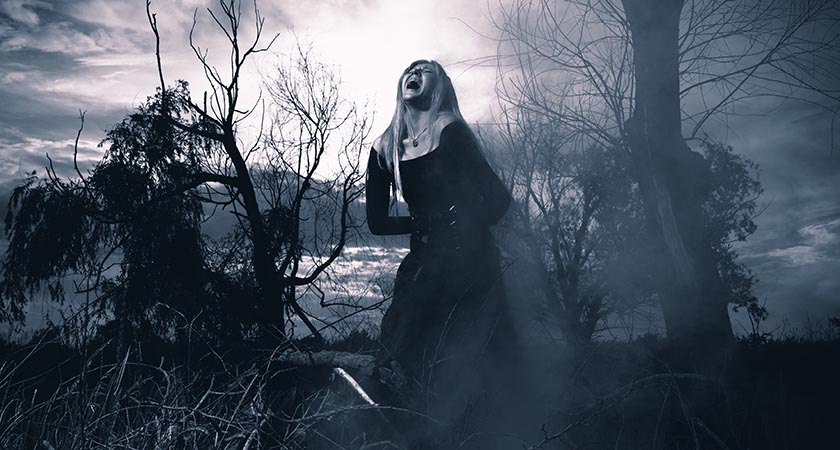 Banshees, the original nightshift workers, are not always the harbingers of good news (Picture: iStock)

3: St Patrick, from an old Irish family, lived near the site of Lidl in Dundalk…

…and banshees there still lament his passing

Patrick was probably born in Scotland into a Roman family — a sort of Roman in the Gloamin’ as it were. It is possible he was born in Wales; but one thing is fairly certain — he wasn’t Irish.

NB: The Lidl site in Dundalk is where the old customs registration post used to be. 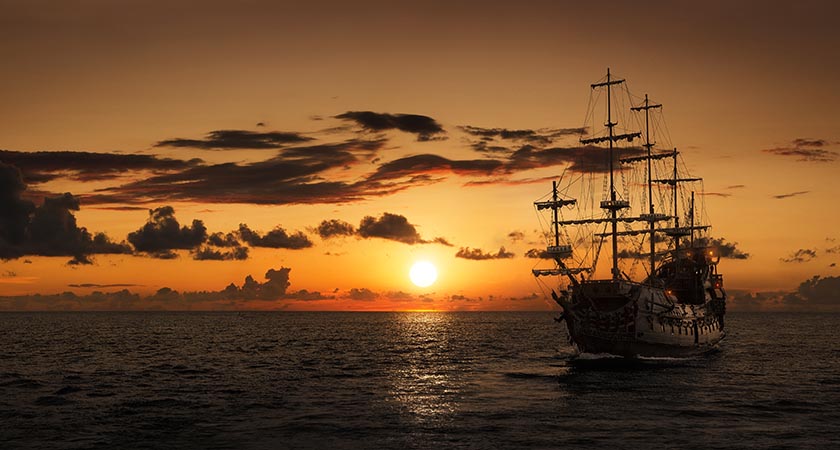 According to legend  the Spanish Armada was packed with a shipload of goodies that landed in Ireland (Picture: iStock)

4: The Spanish Armada that foundered off the coast of Ireland was a significant factor in Irish culture

To date the Spaniards have been implicated in bringing many things to Ireland: world-beating thoroughbred horses, the swarthy complexion of so many Irish people, handball (our game is strikingly similar to the Spanish game of pelota), fuchsia, Celtic design, to say nothing of the concept of mañana.

In short, those Spanish galleons must have been packed to the gunwales if every claim about them is true.

There’s even a tale that the name Campbell in Ireland came from the Armada. Stricken Spanish sailors, managing to make land, would shout: “Campo bello! Campo bello!”, meaning lovely land. Locals (it is claimed) assumed they were calling for someone called Campbell, and the name stuck. To say that this legend lacks something in clarity would be an understatement.

Similarly, while some claims of Spanish influence may be true, it is unlikely in the extreme that the Spanish Armada had any major impact on the culture of Ireland. 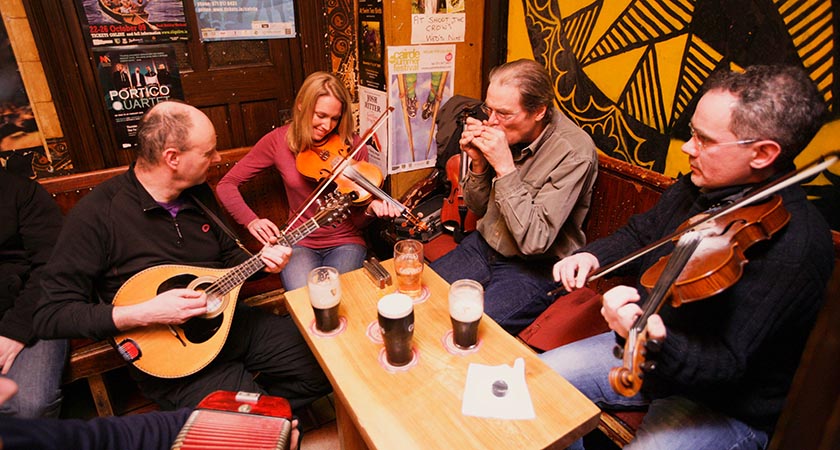 5: The traditional Irish seisún has come down to us from the ancient Celts…

…and there is a long, unbroken tradition — particularly with regards the accordion — dating right back to pagan times

About as wrong as you can get. In fact the traditional Irish seisún is not much older than Top of the Pops.

Traditional music has certainly been around for a few centuries, but the first place that fiddlers, accordionists, banjo players et al sat down together in a pub and play purely for their own amusement was in England — London, Manchester, Leeds — wherever immigrants gathered from around the 1950s onwards. 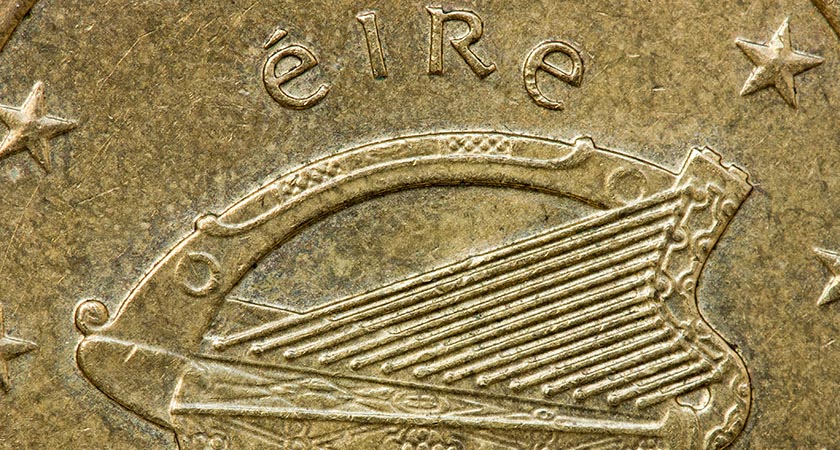 The harp is our official logo (Picture: iStock)

6: The shamrock is the official emblem of Ireland

Sorry, wrong again. The shamrock in actual fact has no official status in Ireland. The symbol of the Republic is the Brian Boru harp, although various national bodies do use the trefoil. 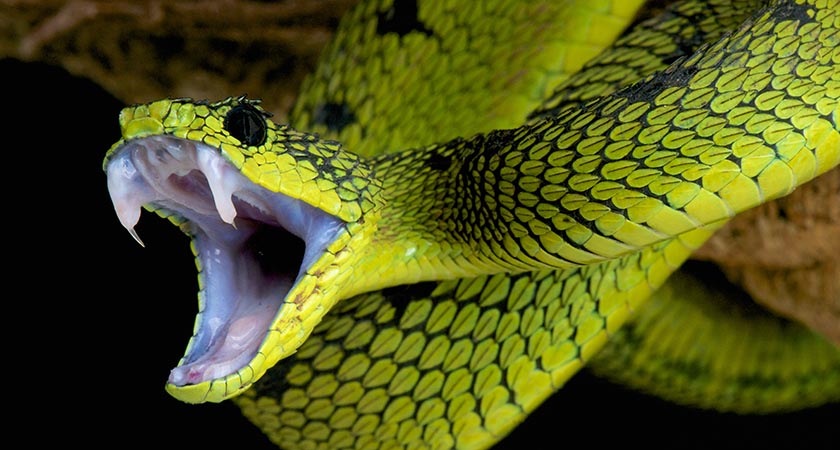 7: St Patrick drove out all the snakes out of Ireland…

…and the wily old saint apparently also got rid of all trace of them, their fossil records, or any references to them

Well, not quite. The absence of snakes has been caused by two sea barriers between Ireland and continental Europe, leaving our island with one of the lowest flora and fauna species counts in Europe.

We don’t have any moles either. B&Q in Belfast wondered after a few years why their anti-mole measures — a popular line in England — weren't selling. The penny eventually dropped. 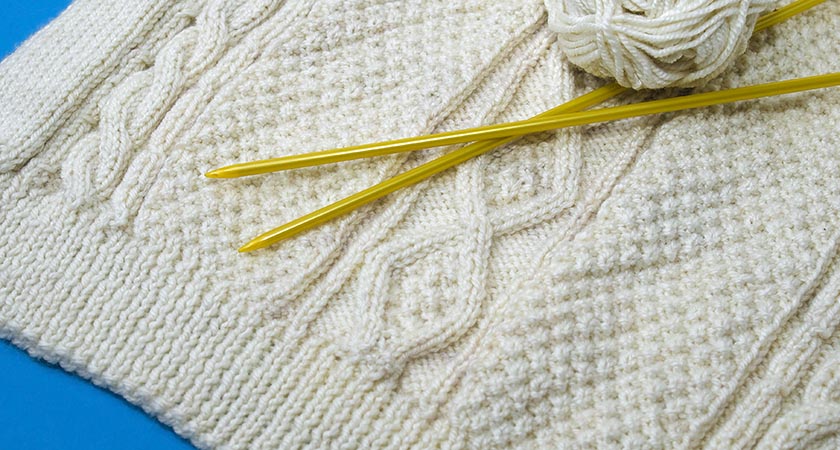 The Aran sweater — you need to wrap up warm if you live on an Atlantic island (Picture: iStock)

8: The design of the Aran sweaters allowed families to identify drowned islander fishermen

Not so fast! (Modern) tradition has it that the intricate designs on these jerseys served the melancholy purpose of acting as identification tags for drowned fishermen. If some poor soul fell out of his currach only to be swept ashore many miles from his home village, strangers could identify him from the distinctive design on the sweater.

It’s all nonsense of course. Most historians agree that far from being an ancient craft, Aran knitting was invented as recently as the early 1900s by a small group of enterprising island women. Well done ladies!

Meanwhile, the drowned fisherman story comes from J.M. Synge’s Riders to the Sea. In the play a fisherman is identified by his sister because she recognises a dropped stitch in the socks she made for him. The myth turned the sock into a sweater, and by and by it became part of pullover folklore. 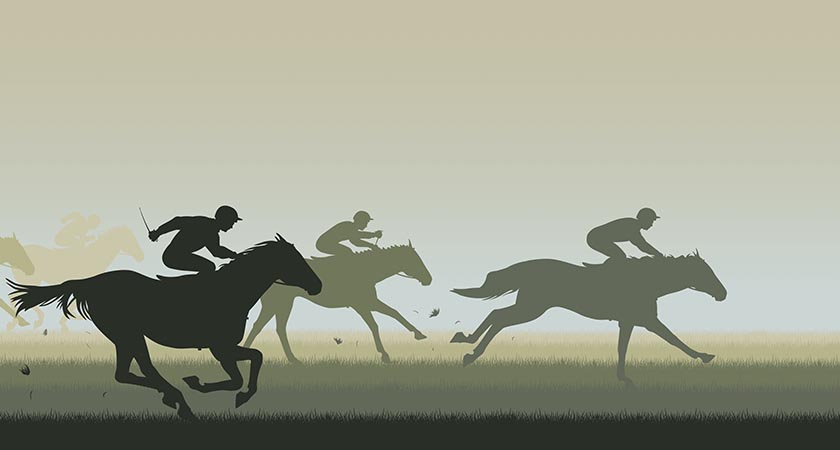 When it comes to horse-racing, the Irish lead by a clear nose  (Picture: iStock)

If you’re talking about Gaelic football or hurling, maybe even horse-racing, then you’re probably right. But our overall record in international sport is patchy.

But we have produced some of the greatest practitioners of rugby and soccer: George Best, Willie John McBride, Paul O’Connell. So yes, in sport we probably punch above our weight, but as far as the proposition “you’ll never beat the Irish” goes, sadly it's not quite on the money. 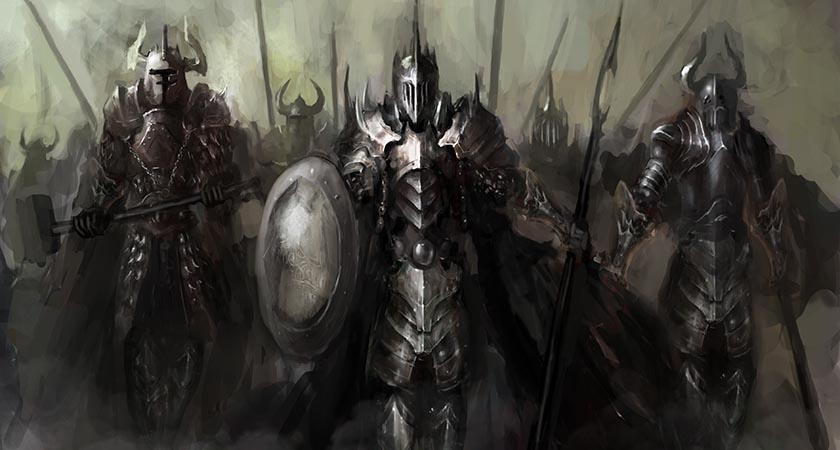 10: The Celts invaded Ireland around 500BC, founding a whole new culture

Er, probably not. There’s no evidence of a wholesale invasion at that time, and indeed the idea of “the Atlantic Celts” could well just be a modern invention.

According to legend, the Gaels were the last tribe of Celts to appear in Ireland. But historians are coming increasingly to the conclusion that no such invasion ever took place.

The Celtic civilisation, they argue, was a culture, a way of life perhaps, that spread from one people to another. Probably reasonably peacefully.