13 English words that have a different meaning in Ireland

OLD, bold, ninety, clatter and messages — just a few of the English words Irish people use in a distinctive way.

As well as vocabulary, construction and idiom are all employed in Ireland in a manner that can deviate from standard English quite radically.

Hiberno-English, as this version of English is known, has — of course — been influenced by the Irish language, as well as Ulster Scots, the dialects of the North of England, and even Scandinavian via those inveterate travellers, the Vikings. In a few pockets (such as Antrim and Donegal) Hebridean Gaelic has also been an important factor in the language.

Hiberno-English has a large store of words imported directly from the Irish language. But here are just a few English words that have a very different meaning if you grew up in Ireland, and are strikingly different from Standard English. 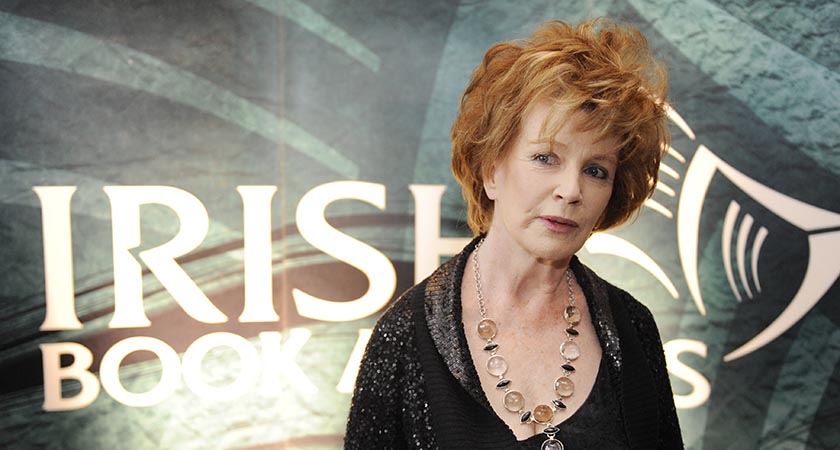 There are two pronunciations of ‘bold’, each with a different meaning. When rendered as ‘bold’ (as in ‘gold’) it means ‘naughty’, even ‘bad’ or ‘reprehensible’. When Edna O’Brien’s books were banned in Ireland, (and sometimes burned) because of their frank sexual content, Edna was often referred to as ‘that bold hussy’.

When pronounced ‘bould’ the word takes on a different hue: it now means ‘great’ or ‘terrific altogether’ as in ‘the bould O’Donohue’.

The word is also occasionally used in its standard English way to mean courageous, such as in Bold Robert Emmet. 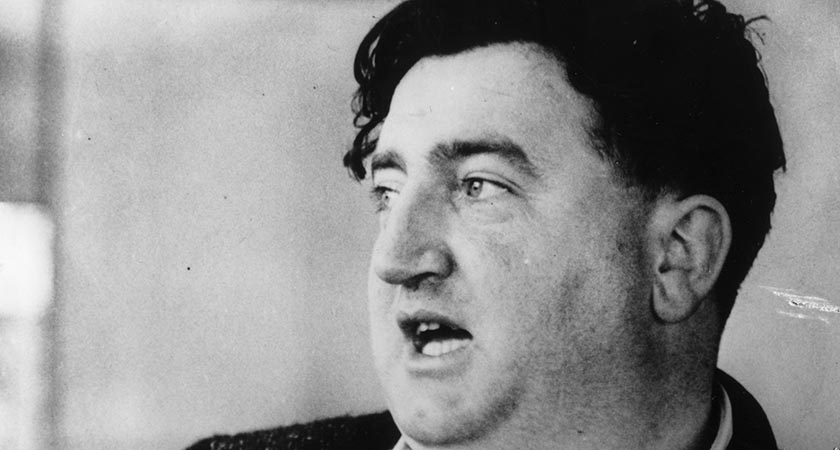 A very specific Irish pronunciation of ‘queer’, with a wide rang of meanings. It can simply stand in for ‘very’ as in ‘it’s quare windy today’; it can mean terrific, as in: ‘the quare Brendan’, or it can even refer to one’s spouse as in ‘the quare one’. It’s most famous use is in Brendan Behan’s play The Quare Fellow.

Apart from the King James Bible, and in pubs such as ‘Ye Olde Inn’ or retail outlets as in Ye Olde Cheese Shoppe, most English people rarely come across the word ‘ye’, far less use it. But in Ireland ‘ye’ is still widely used to denote the second person pronoun. ‘Ye’ can be singular or plural. However, the plural can be rendered as ‘yeez’ or ‘youse, often depending on what part of the country yeez are in.

Ninety, needless to say, refers to the number between 89 and 91. In mathematical terms it is a unitary perfect number.

But throughout Ireland 90 is, as well, a measure of the craic. Ninety denotes that the craic was great; the craic could scarcely be bettered.

But 90 in craic calibration is an odd value, because it is an all or nothing amount. The craic can never be 80, nor can it ever sink as low as, say, 3.7 at a temperance meeting in rural Co. Leitrim.

In standard English, a clatter is a lot of noise. In Hiberno-English it means a lot of anything — ‘a clatter of children’, ‘a clatter of sheep’. The origins are obscure for this radical change in meaning.

NB A clatter is an amount that would be greater than ‘a wheen’. You’ll find a wheen of things in most parts of Ulster, from Donegal to Down. It’s believed to be a Viking word.

As with ‘bold’, ‘old’ in Ireland carries two meanings. Pronounced ‘ould’ or ‘oul’’, it is a way of expressing affection or proclaiming ownership of something, and is independent of the age of that thing. Thus you might hear: “I’ll have to get an ould new bike”. Largely speaking there is an ‘Ould-Wee’ line stretching across the country from about Co. Louth westwards below which people say ‘ould’, and above which they say ‘wee’. SEE BELOW

In England, the world wee is rarely employed, but when it is, it means ‘small’. In Ireland, above the ‘Ould-Wee’ line it is used in much the same way as ‘ould’. Thus in Belfast you’re likely to be asked for your ‘wee credit card’, or shown the way to the ‘wee Cathedral’ or the ‘wee shipyards’. 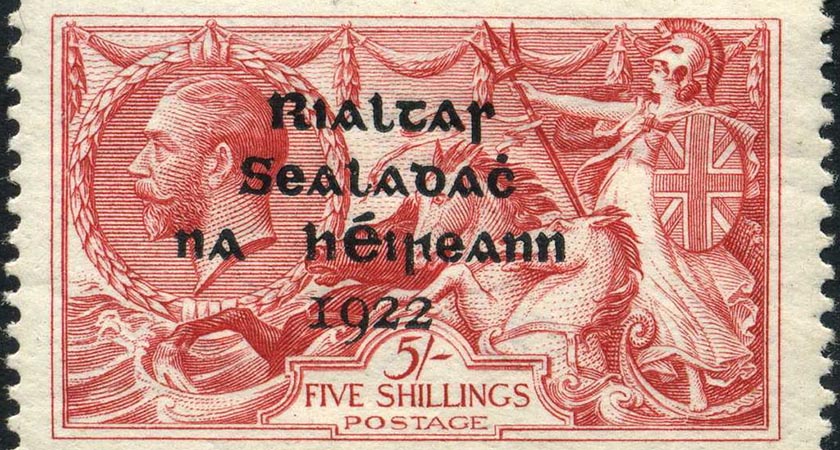 An Irish GPO stamp from the 1920s [Picture: Public Domain]

People still ‘go for the messages’ or ‘do the messages’ in many parts of Ireland, ie, they go shopping. The expression is believed to have come from a time when you went to the post office to see if there were any letters or telegrams for you, or indeed any ould parcels. Rural post offices also sold groceries, so the expression came about as a general term for heading for the shops. The post office became, particularly after the Great Famine, a hugely influential institution. The GPO, which had been founded in England around the mid 1600s, in Ireland began to distribute everything from books to cheap German fiddles everywhere in Ireland. But largely speaking, you needed to go to the post office to pick up your wee accordion from Italy — or indeed your messages. 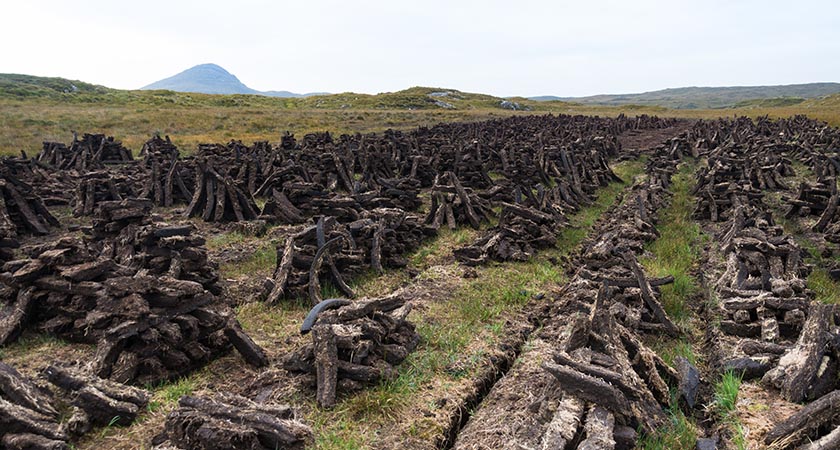 Turf sods being 'footed' to allow them to dry [Picture: iStock]

In standard English turf usually refers to grass, or the sport of horseracing. But in Ireland it means peat cut from a bog and then burned for fuel. Probably alon in the world, we even have a Ministry of Turf, Born na Móna.

The traditional greeting, “How’s she cuttin’?” still common in Ireland, comes from enquiring how your sleán (or turf spade) is slicing through the turf.

‘After’ is another word that is used in the conventional standard English sense, but has an additional meaning: it can also refer to as a completed action. Thus “I’m just after my dinner,” does not imply in any sense that you’re chasing down your dinner, merely that you have finished it in the recent past. ‘After’ can also precede verbs as in “I’m after washing” where standard English would be “I have washed”. This is derived directly from Irish syntax, for example: “Tá mé tar éis titim” (I have fallen).

In standard English the expression ‘so it is’ is used for agreeing with what someone has said and for showing some surprise:

“Look at the picture again – isn’t that your Uncle Toby?”

In Ireland, particularly in the North, the expression (or similar constructs) it is tagged at the end of sentences, such as: “It’s a cold day, so it is,” or, “I’m from Derry, so I am.” It is usually described as a vocalized pause, in the same category as ‘er’, ‘um’, ‘ah’. But it may have a deeper historical significance. The construct is particularly prevalent in Ulster, which was the last great Irish-speaking province. Ironic though it is, Ulster, with six counties under British jurisdiction, has more Irish place names than any other province.

Thus English is a relatively ‘new’ language, and the ‘so it is’ construct may have come about in an effort to make sure the listener understood what was being said in this foreign tongue.

sense of good sportsmanship — play up and play the game. Cricket, tennis, subjecting the world to colonial rule. Oops sorry, didn’t mean to get political there. But you get the picture

But the expression fair play in Ireland is usually completed with a ‘to you’ or a “to him/her’ tagged on at the end. So ‘fair play to you’ is sometimes used as a vocalized pause (see above) or purely as a mild way of saying, “Well done, sir” (or madam).

An informal way of referring to a person. In most parts of the country pronounced ‘Yer man’ etc.