6 blockbuster movies that were shot in Ireland

WHEN we think of movies, we think of Hollywood, right? The plethora of studios, the Walk of Fame, the interns running around inevitably getting the actor's order of a whole-milk venti chai latte wrong. Well, perhaps we should start thinking of Ireland from time to time. Such is the diversity and grandeur of the landscape here that the Emerald Isle has played host to a number of film settings for some of the most successful titles to have ever hit the big-screen. And here're some that you can go and visit yourself: 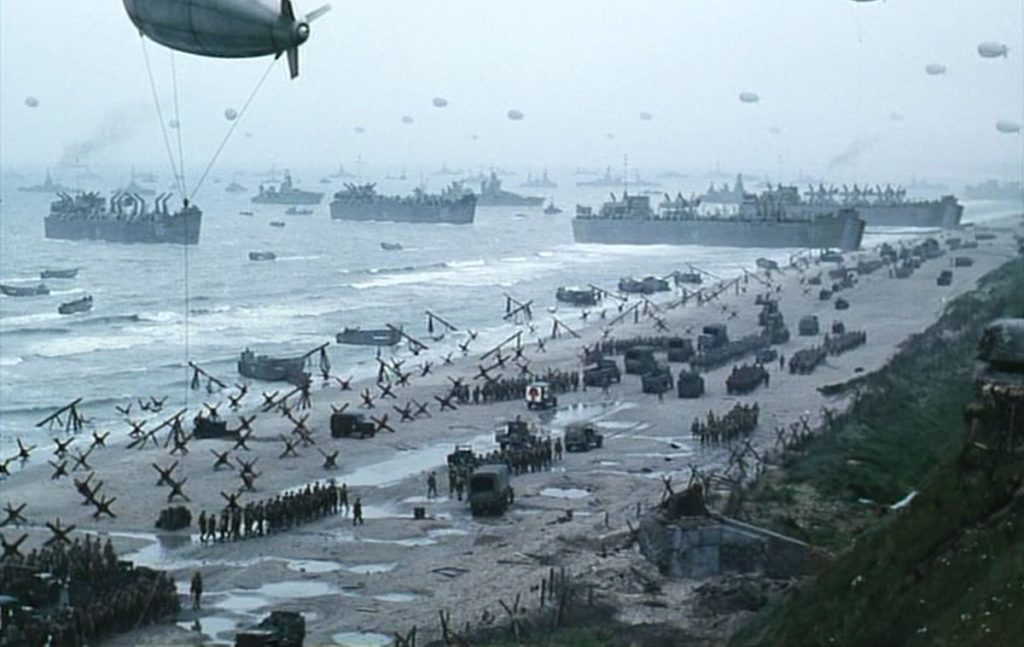 For two months in the summer of 1997 , Ballinesker Beach in Co. Wexford became Omaha beach. That's right, perhaps the greatest opening scene in the history of cinema was shot in Ireland. Steven Spielberg's World War Two epic has been described by D-Day veterans as the closest a film-adaption has managed to get the real experience of the Normandy Landings. During filming, around 1,500 extras were used, many of which members of the Irish Reserve Defence Forces. 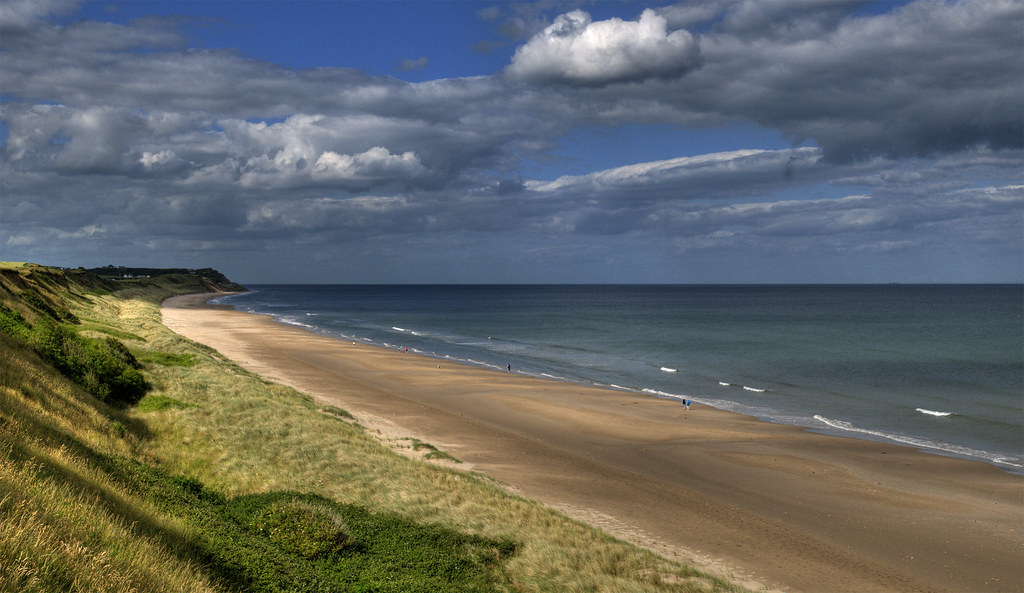 That's right, the finest cinematic moments from Scotland's battle for independence were actually shot in Ireland. Mel Gibson's 1995 blockbuster was filmed in a variety of Irish locations including counties Meath, Dublin, Kildare, and Wicklow. While much of the film was shot in Scotland, the major battle scenes were filmed in Ireland, and many of the extras in those scenes were members of the Irish Army Reserve. 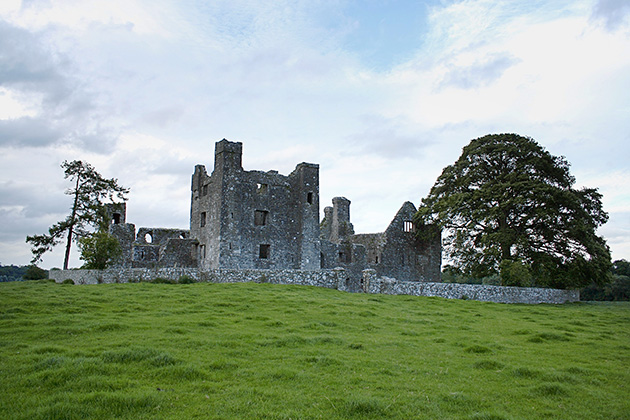 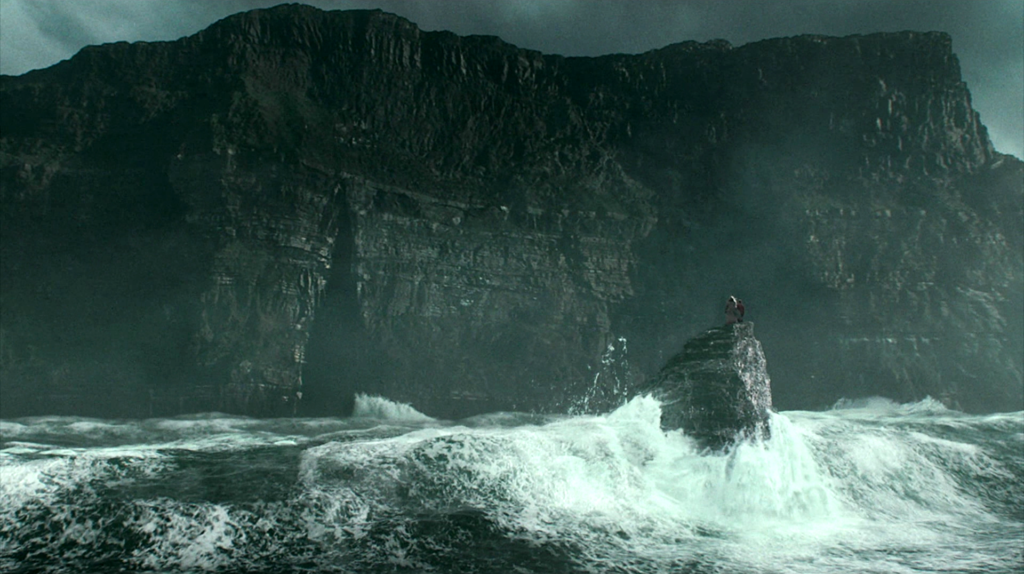 It's just for one scene, but the breathtaking Irish setting was an absolute necessity for it. In Harry Potter and the Half-Blood Prince, Harry and Prof. Dumbledore are seeking one of the horcruxes needed to destroy Lord Voldemort, and they meet at the foot of a staggeringly beautiful cliff, with the violent waves crashing and swelling around them. The cliffs in questions are the Cliffs of Moher in Co. Clare. Located on the Wild Atlantic Way on Ireland's west coast, the cliffs are one of Ireland's most visually impressive natural locations. 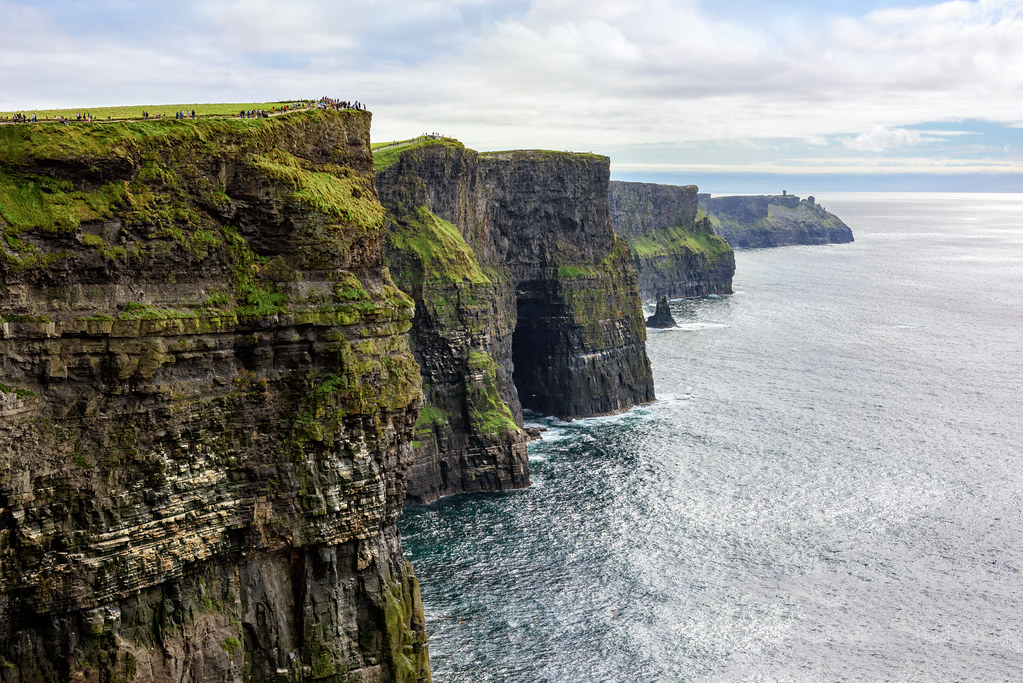 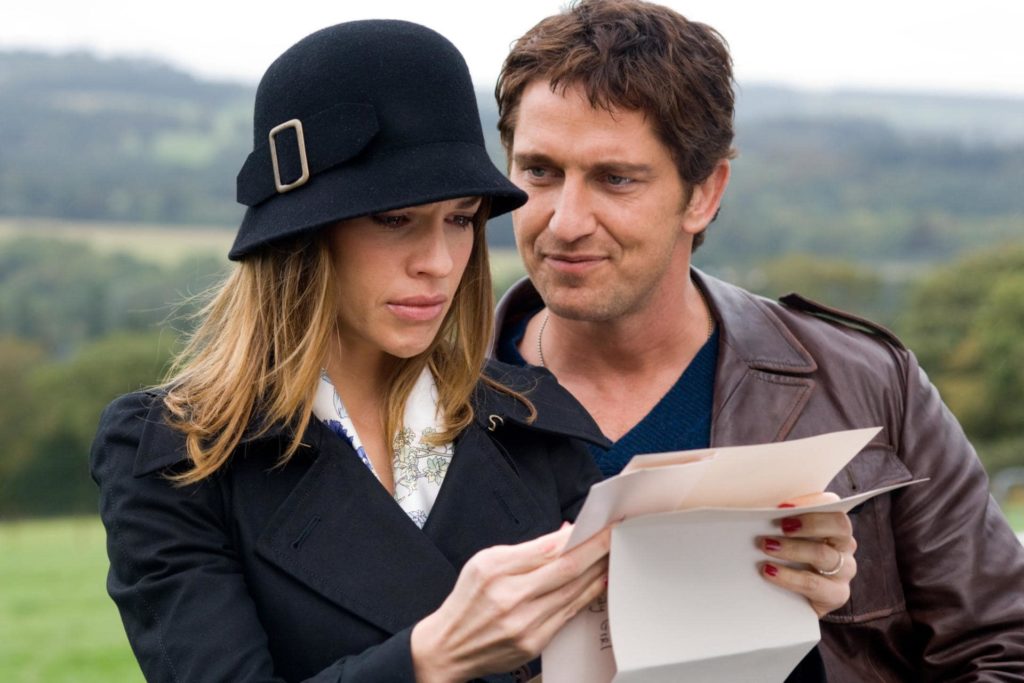 Bring the tissues with you on this one. P.S. I Love you was filmed on location in Co. Wicklow as well as in Dublin. The film is most certainly a tear-jerker, but it's a ultimately a moving, passionate tale about love - and not just with another person, with the Irish countryside too. The spot where Hilary Swank and Gerard Butler meet is the Sally Gap in Wicklow Mountains National Park, and it's as gorgeous as it looks in the film. 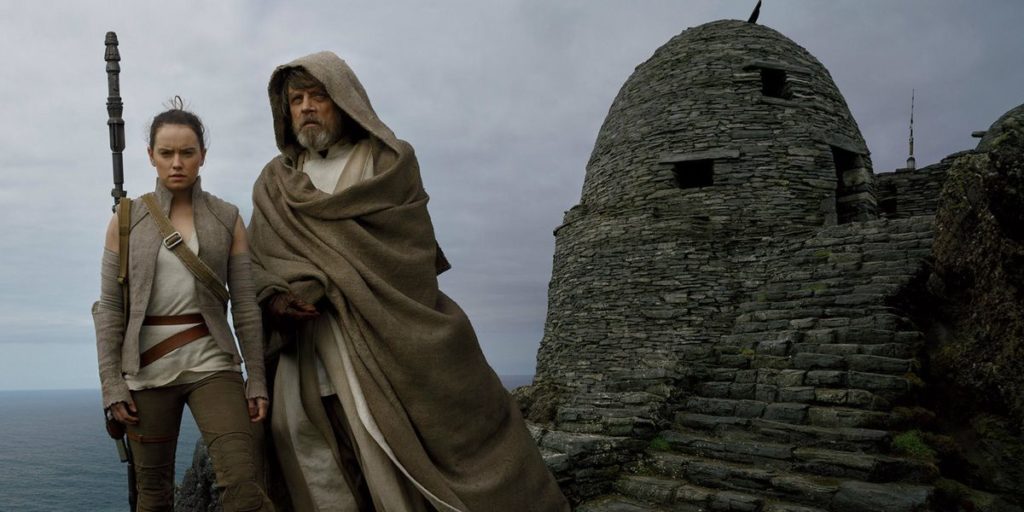 In both The Force Awakens and The Last Jedi, Ireland has been used by George Lucas as a prime setting. Most notably, in the scene where Rey travels to a distant planet at the end of The Force Awakens to find Luke Skywalker, the rocky outcrop Skellig Michael - just off the cost of Co. Kerry - was used. The tiny islet was once home to a Christian monastery, which has stood since the 6th century and was abandoned in the 12th century. Skellig Michael is well worth a visit, not just for its history, but its awe-inspiring natural beauty too. Oh, and you might spot a few puffins while you're there. And who doesn't love a good puffins? 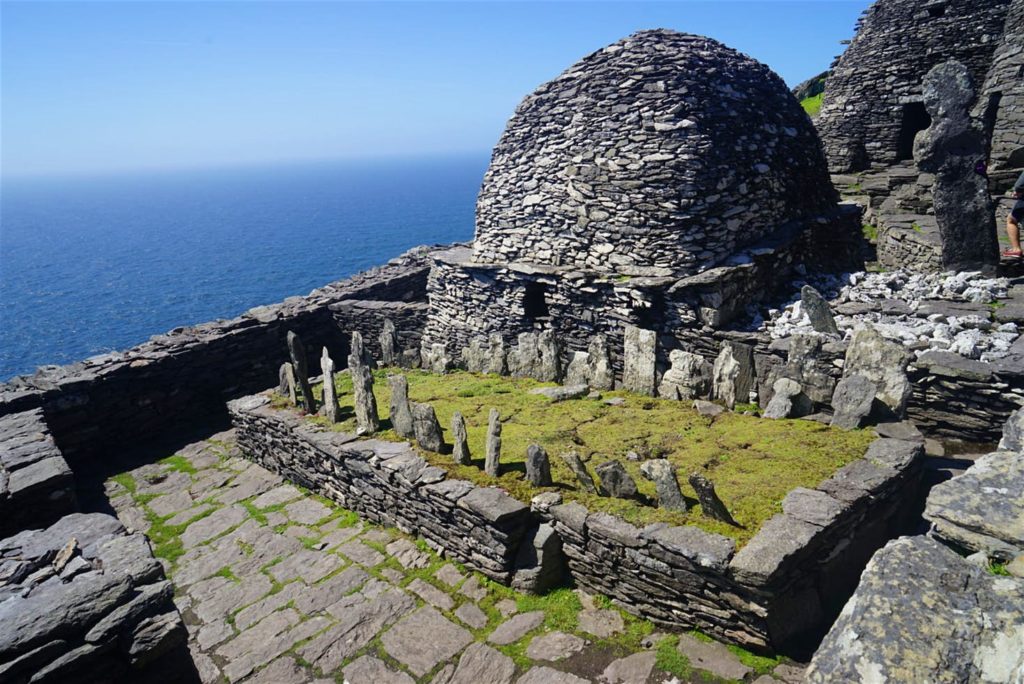 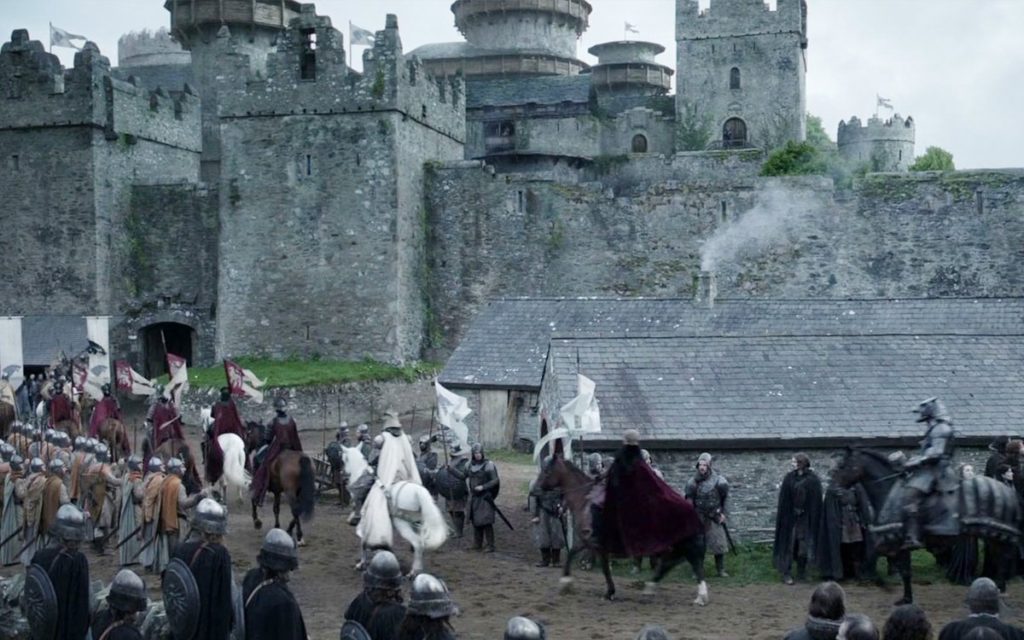 OK, sorry, I'm having to cheat slightly with this last entry. I know Game of Thrones isn't a movie, but it's unarguably been something of a blockbuster. Anyway, it's my list and I'll do as I like! Famously, much of the HBO series was filmed in different parts of Northern Ireland. Any filming for characters in 'the North' would usually be set in Norther Ireland, including scenes in and around Winterfell (filmed at Castle Ward and Demesne in Strangford. Co. Down for the first season and Toome, Co. Antrim for the later seasons), the King’s Road (the Dark Hedges in Ballymoney, Co. Antrim), and scenes at the Wall (Magheramorne Quarry in Co. Antrim - sadly there isn't a 700ft wall there - we've checked). 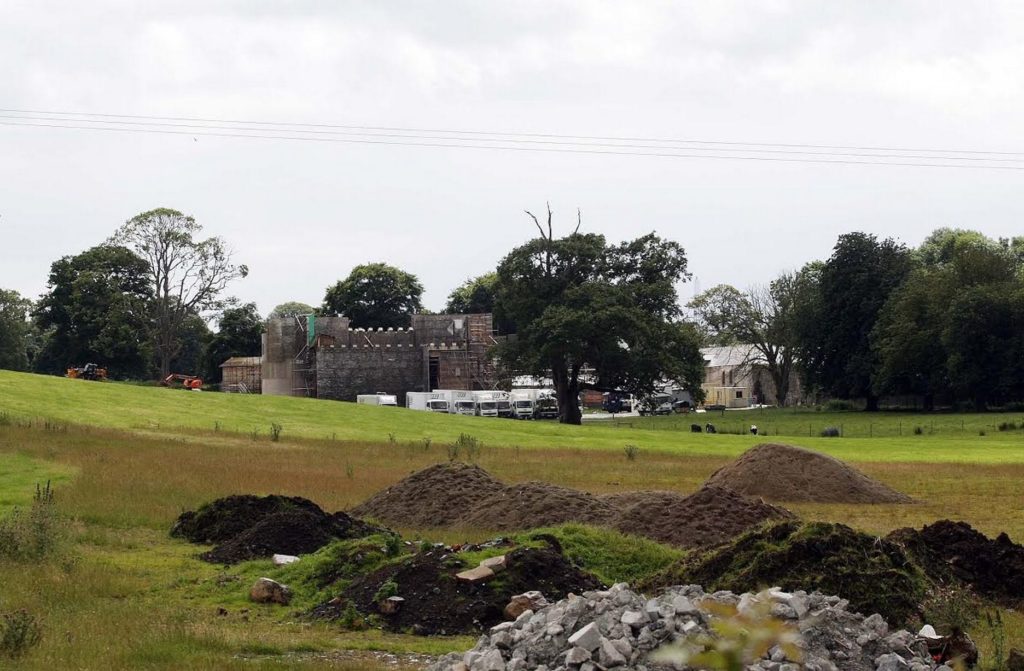