Battle of Messines: When Irish Catholics and Ulster Protestants fought together as brothers in arms

BACK home they would have been sworn enemies, but on the apocalyptic battlefield of Messines, Irish Catholics and Ulster Protestants fought side-by-side.

The small Belgian village of Messines was fought over for seven long days in June 1917, and marked the first time during World War I that soldiers from the 36th (Ulster) Division and the 16th (Irish) Division had fought together.

Just one year after Ireland’s abortive Easter Rising in April 1916, Irishmen from opposite sides of the political divide found common purpose in the grimmest cause of all – staying alive long enough to return home.

Thanks to their efforts, the Battle of Messines resulted in victory for the British Army and relieved pressure on the beleaguered French to the south.

But in the process over 25,000 young men were killed or wounded on both sides, with no shortage of Irish names amongst those lost.

And yet, the bloody battlefield of Messines proved an unlikely cause for optimism in one respect – that if Irishmen, both Catholic and Protestant, could fight and die together, surely they could live together too.

That spirit was arguably best summed by the reaction to the death of one Major William Redmond, who was killed while leading his men out of the trenches on the first day of the battle.

Redmond’s death was mourned throughout Britain and Ireland, even by those opposed to his well-known belief in Irish nationalism.

Almost all the newspapers in the two countries, both local and national, reported his death, and his wife and brother John Redmond received over 400 messages of sympathy from all parts of the British Empire and beyond.

The Wexford native’s death in battle made more international impact than the death of any other British soldier in the Great War, except for Lord Kitchener.

He had served as an MP at Westminster for 34 years, representing Wexford, North Fermanagh and East Clare back when Irish constituencies were represented in British Parliament.

Redmond, whose brother John was leader of the Irish Parliamentary Party, was held in high regard by the Irishmen of the 6th Battalion Royal Irish Regiment, who he lead as an officer in the trenches.

He believed that by fighting for the British Army in the Great War, that the Irish would be rewarded with Home Rule.

Such was his popularity among the men that Protestant Ulstermen from the 36th (Ulster) Division mourned with their fellow soldiers in the 16th (Irish) division upon the news that he was cut down by German machine gun fire. 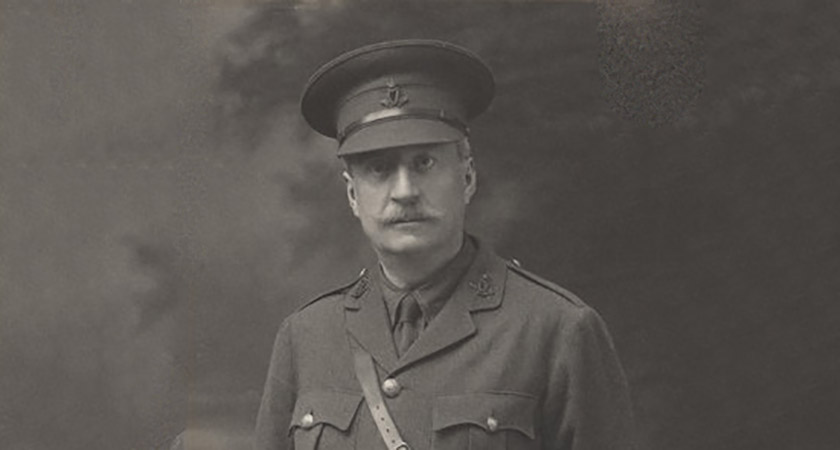 William Redmond’s rallying call was one of cooperative compromise and reconciliation, a prophetic message which would come to characterise the peace process in Northern Ireland almost a century later.

In December 1916, he wrote to his friend, the legendary Sir Arthur Conan Doyle: "There are a great many Irishmen today who feel that out of this war we should try to build up a new Ireland.

“The trouble is, men are so timid about meeting each other half way. It would be a fine memorial to the men who have died so splendidly, if we could, over their graves build a bridge between north and south.”

Now, Britain and Ireland are set to hold a shared commemoration ceremony to remember the battle which brought Irish Catholics and Protestants together at a time when tensions between the two communities were at an all-time high.

The event, which will take place on June 7 at the Island of Ireland Peace Park in Messines, will mark the first day of the battle, when Major Redmond was killed alongside thousands of his countrymen.

Reflecting on the impact of Messines, Secretary of State James Brokenshire said: "We have seen all too well how history can divide, but our ambitious goal throughout this decade of centenaries is to seek to use history to bring us together, and to build on the political progress that has been made throughout these islands.

"This shared ceremony is an opportunity to remember the service and sacrifice of those who fought at Messines Ridge, as well as to further strengthen the important relationships that exists between the United Kingdom and Ireland."

Irish Foreign Minister Charlie Flanagan said: "Those from the island of Ireland were brought together by diverse motivations but they shared a common purpose as soldiers and, caught up in the grim realities of war, no doubt a common desire: to survive and return home."

Fighting side-by-side over an unremarkable village in rural Belgium, they showed in their bravery that if Irishmen, both Catholic and Protestant, could fight and die together, surely they could live together one day, too.