Volunteers at Greyfriars Irish Club load up another round of deliveries (PIC: Gerry Molumby)

THE staff and volunteers at Greyfriars Irish Club in Nottingham have kept their kitchen open throughout lockdown to cater for their elderly and vulnerable members during the pandemic.

Set in the heart of Nottingham’s suburbia of Carlton, the popular venue is a vibrant oasis of community cohesion – and it remains so, despite the Covid-19 health crisis.

It is the social club of Our Lady and St Edward Church, in Nottingham’s Gordon Road.

The church serves a parish which was first established back in the 1930’s, where it was served by the Franciscan Order.

The foundation stone for the church itself was not laid for another two decades.

Bishop Ellis was responsible for that momentous task, which took place on October 13, 1954 - the Feast of St Edward.

Today the well-attended church is led by two Nottingham-born priests, Father Paul Newman and Father Jonathan Cotton, and its associated social club continues to be just as popular. 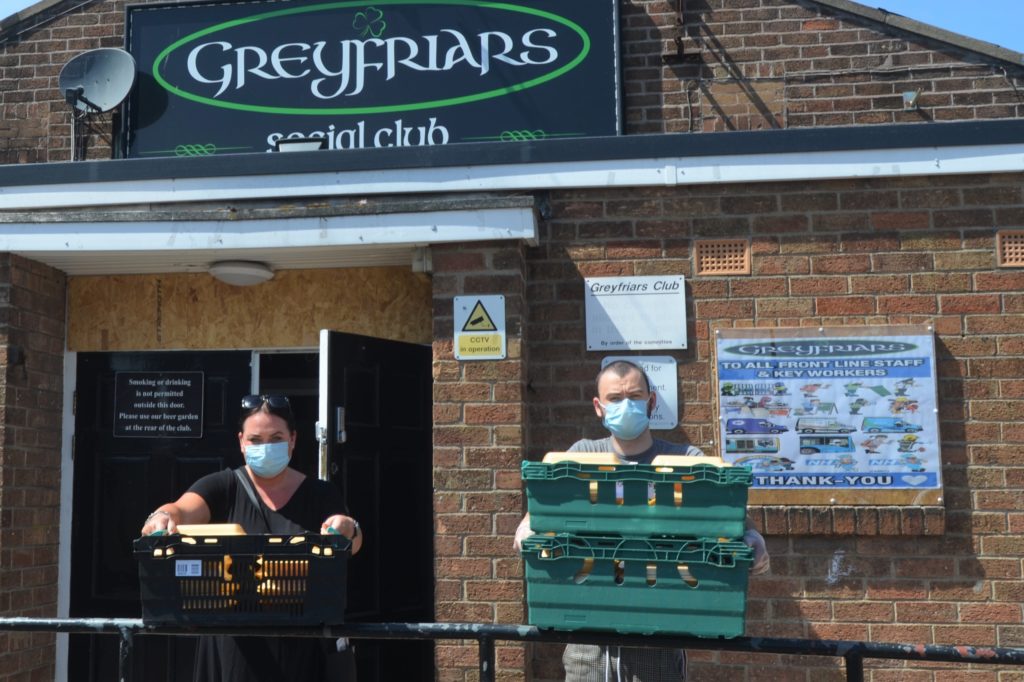 Volunteers at Greyfriars Irish Club load up another round of deliveries (PIC: Gerry Molumby)

Greyfriars manager Paul Reddington explains that the club was built by Irish labourers who set up their families in the surrounding area when the peak of Irish emigration saw large numbers of them arriving in the 1950s and 1960s.

Historically, it was the stopping place for Irish showbands on route to Holyhead, who performed at the club on a Sunday or Monday night after tours to London’s Galtymore, National and Hibernia clubs.

Today it is the chosen place for all local Irish celebrations of birth, deaths and marriages.

However all of that was put on hold on March 11, 2020 as the coronavirus epidemic saw the country begin to go into lockdown.

While their usual events and offerings had to stop, Paul and his team of volunteers did not shut up shop entirely.

Instead they chose to respond to the needs of their elderly members and patrons by utilising their fully equipped kitchen to prepare, cook and distribute between 80 and 90 hot meals a day. 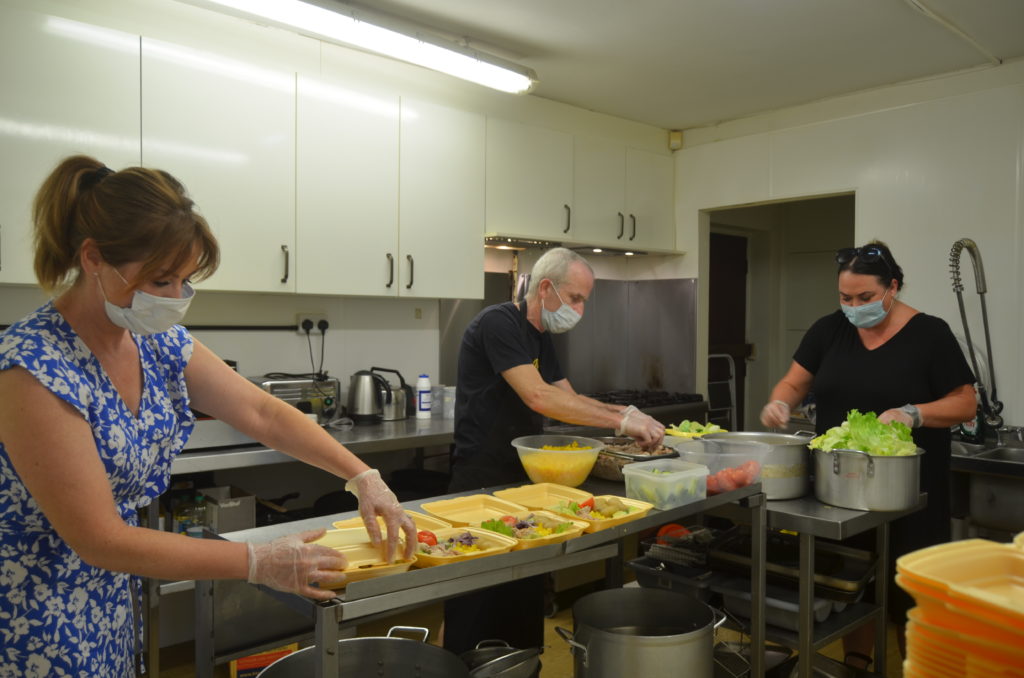 Breda Kennedy, Paul Reddington and Christine Doherty get to work on the food for delivery (PICS: Gerry Molumby)

“We try to make our menu as varied as possible,” Paul explained.

“So, in the warm days of May our salads were immensely popular,” he added.

Explaining the processes that get 90 meals out to their patrons every day, from Monday to Friday, he said: “By 1pm our volunteer drivers arrive and take over from our cooks and drive to the homes of our community of older people and those with learning difficulties in need of sustenance.”

Paul went on to explain that some among their community may currently be on next to no income because of the delays in obtaining welfare benefits.

To this end Paul and his team are guided by Nottingham’s City Council so they can together focus on those most in need.

They also receive donations of perishable goods from their parish community, which they take to the local St. Anne’s Food Bank for generic distribution.

While in lockdown the regular patrons of the Greyfriars have also take part in a Saturday night zoom get-together – which includes their many Celtic Football Club and St. Barnabas GAA supporters, who regard the club as their local base.