BRITAIN’S first purpose-built Irish centre will celebrate its 50th anniversary this weekend, in unusual circumstances, due to Covid-19 restrictions.

Today, the single storey, iconic red-brick building is a much-loved venue in the Yorkshire city, which has played host to a galaxy of world-famous stars before and after they became famous.

To its members, staff and the Irish diaspora it serves across the county, the centre is a proud reflection of their heritage which sits at the heart of their community.

Ten days of celebrations, commemorations and community events were planned over June to mark the centre’s golden anniversary, but all have had to be postponed due to the coronavirus lockdown.

Tommy McLoughlin, manager of the centre for 45 of its 50 years, explained: “We are devastated that we cannot go ahead with plans to mark our anniversary but we have to keep our staff, members and the community safe - and abide by the Government’s rules.”

He added: “We promise that the celebrations will go ahead once it is safe. We have overcome much adversity in our history and we will overcome this.’

While their celebratory events will not go ahead this month, friends and supporters of the centre have been sending messages of congratulations on their magnificent milestone. 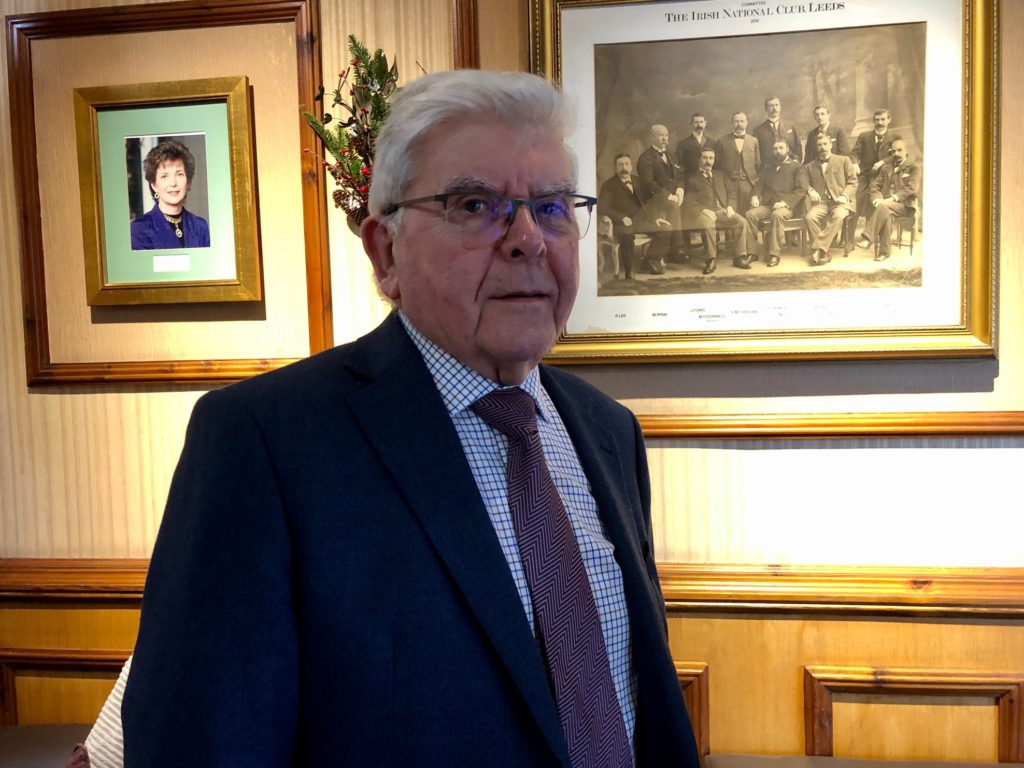 Among them was the President of Ireland, Michael D Higgins.

“For five decades the Centre has played a significant role in the life of the Irish community in Leeds, reaching out a hand of friendship and support to the many Irish people who have travelled there in search of work and a better future,” he said.

“The Centre has also contributed generously to the city of Leeds, fundraising tirelessly for many local charities that impact positively on the lives of its citizens,” he added.

“Amongst those citizens are the 20,000 Irish people for whom Leeds is now home. I know so many of them remain deeply grateful to the Leeds Irish Centre, which has played such a vital role in providing a ‘home from home’ for the vibrant Irish Leeds community of whom we are very proud.”

Leeds City Council leader Judith Blake has also reflected on the centre’s importance to the city.

“We are extremely proud to have such a significant and vibrant Irish community in Leeds, which continues, like their forefathers before them, to make a huge and important contribution to our city,” she said.

“The Leeds Irish Centre is more than just a building in Leeds,” she added “it is somewhere that for 50 years has become a home from home for different generations of the Irish community, and a true champion of Irish culture, history, sport, music and performance arts.” 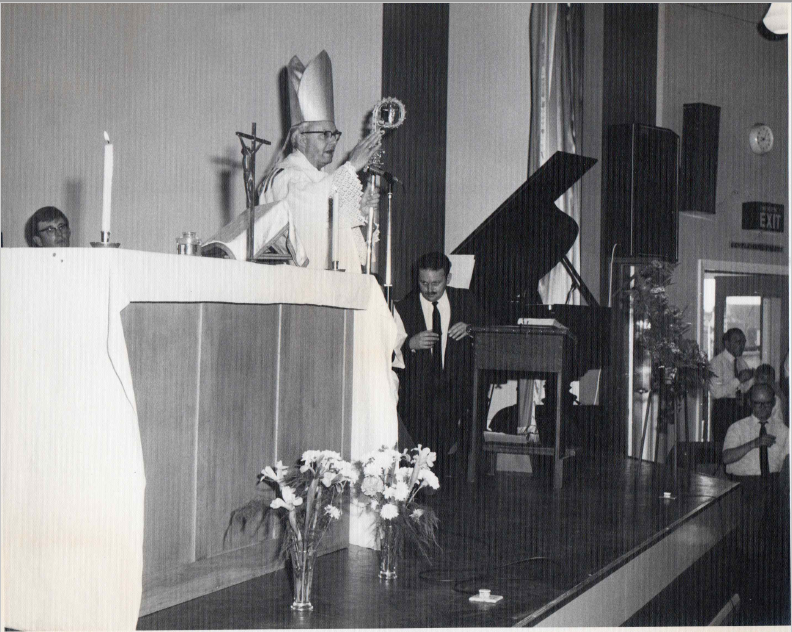 Bishop of Leeds, William Wheeler, performed mass at the centre on its official opening day - June 8, 1970

The iconic Irish singer Brendan Shine – who was due to perform a concert at the centre as part of the anniversary celebrations, and also took part in the launch night festivities 50 years ago – shared his support for the centre this week.

“It has always had a special place in my heart, and I was so looking forward to playing there again in June,” he said.

“But we will get through this virus and when we are on the other side, we will celebrate big style.’

The then Bishop of Leeds, William Wheeler, performed mass on the stage at the centre during the official opening day in 1970.

Fifty years on, to the minute – at 2pm on June 8 - Canon Eugene McGillycuddy, the centre’s spiritual director, will step onto the same stage in the Tara Suite and perform a service of thanksgiving.

Regarding the postponed celebrations, Father McGillycuddy said: “All is not lost. The lockdown has given us a time to reflect on life and what is important to us.

“This won’t last forever and we will celebrate and commemorate all the great work done by the centre and to say thank you for its 50 years of caring, sharing, music, song, stories, happiness, support and commitment.”

Part of the centre is currently undergoing a major refurbishment to attract new people across its threshold once its doors are open again. 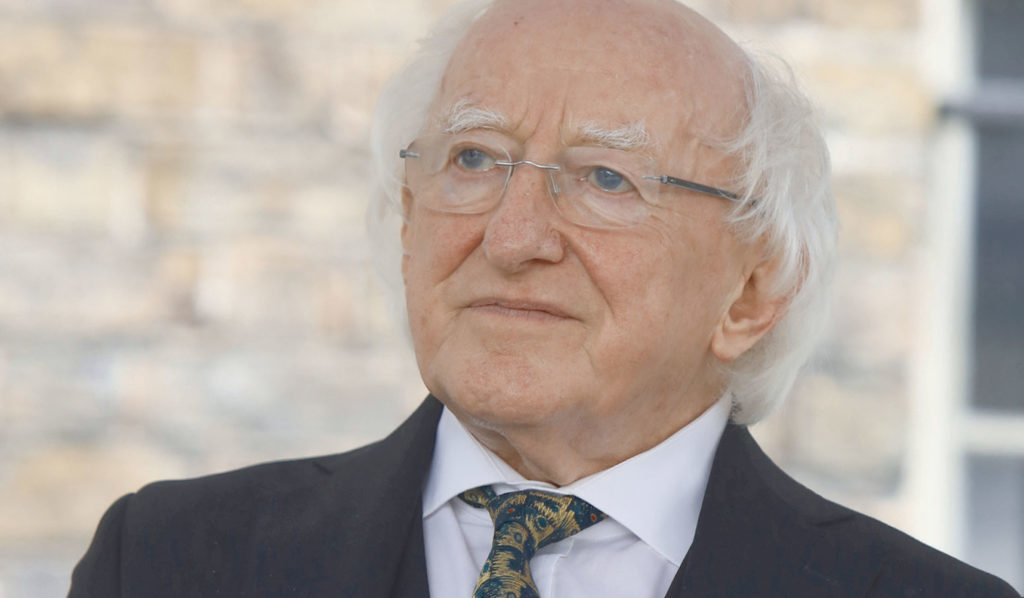 “Many Irish centres in the UK have closed or are struggling. Thankfully, we are financially secure and have a bright future to look forward to,’ Mr McLoughlin confirms.

“But I am looking ahead and we want to host weddings, business conferences and functions and the centre must look the part. Our new decor is smart and sophisticated but the essence of the centre remains as welcoming and friendly as ever.”

During the pandemic, the centre has twice a week worked with Simon on the Street, a Leeds charity caring for the homeless and vulnerable in the city.

“We make sandwiches in our kitchen, pack them up and the charity shares them out. These are tough times for everyone but we, as always, look out for those less fortunate than ourselves,’ Mr McLoughlin adds.

“As I tell everyone, we have our health and support of the centre and Irish community. Our ancestors overcome suffering and distress and we will get through this.

“Meanwhile, we’d love people to watch our service and at some point on June 8 raise a glass to Leeds Irish Centre’s 50th anniversary, its past, its future and all our good health.”