WHEN the sad news came in that Mary Wilson, a founder member of The Supremes, the most successful girl group in the world, had died, I was reminded that she was fortunate to have enjoyed the last 46 years of a successful career she almost did not have.

Not many people know that Mary - who passed away in her sleep at home in Las Vegas on February 8, aged76 - narrowly escaped being the victim of an IRA bomb that killed two people and injured many more back in September 1975.

At the time I was working for Motown and on September 5 I had arranged to pick up Mary and her colleagues in The Supremes from the Hilton Hotel on Park Lane at 12 noon to take them for a radio interview.

From working with them around that time I had discovered that they were invariably a bit late coming down from their rooms and I had stressed that as this was to be a live broadcast they had to be on time and waiting in the lobby when I came to get them.

I was picked up by a limo from the Motown office in Lygon Place, Belgravia but as we approached Hyde Park Corner from just near the Irish Embassy the traffic all came to a standstill.

Looking ahead I could see that a policeman had jumped off his motorbike and was waving his arms to stop the traffic going up towards Park Lane.

I assumed that the Queen or the Horse Guards were coming through but thought it would be bad form and embarrassing if it was me that was late so I told the driver to meet me there and I jumped out and ran towards the Hilton. 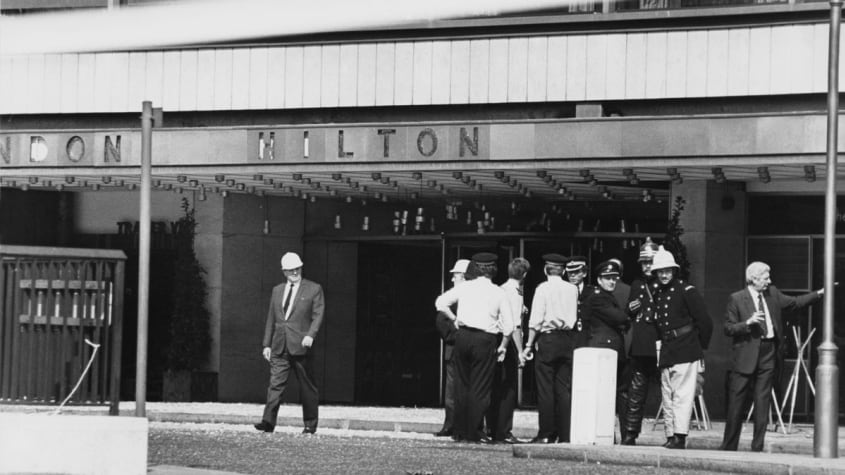 The wreckage at the Hilton following the IRA bombing

As I rushed up the narrow street behind the Inn On The Park, with the Hilton just a few hundred yards ahead of me, there was suddenly a strange rumble and almost in slow motion I saw the frontage of the bottom two floors of the Hilton Hotel crash to the ground.

I vividly recall seeing the door man in his long black coat as the bomb blast blew him and the doors and windows of the prestigious hotel into the street in a huge cloud of smoke and rubble.

Apart from the shock at what I had just seen, and relieved at what a lucky escape I had by being just a few minutes late, my first horrified thought was that the girls would have been waiting for me as arranged in the lobby and if so would have been in the middle of the carnage.

The IRA bomb had gone off at 12.18pm but the late warning had not got through, so the hotel had not been evacuated and the lobby was full of people.

Almost simultaneously police vans and cars screeched up and cordoned off the area in front of the hotel and ambulances arrived too.

Of course, in those days there were no mobile phones so held back behind the cordon I had no idea if the girls were OK, but I was really concerned for them.

Whilst waiting anxiously to be allowed in to check I met Benny, the bodyguard for the Supremes, who was so distressed and frantic to find out if his precious charges were safe, it was all I could do to persuade him not to karate kick his way through the cordon of British bobbies to get into the hotel. 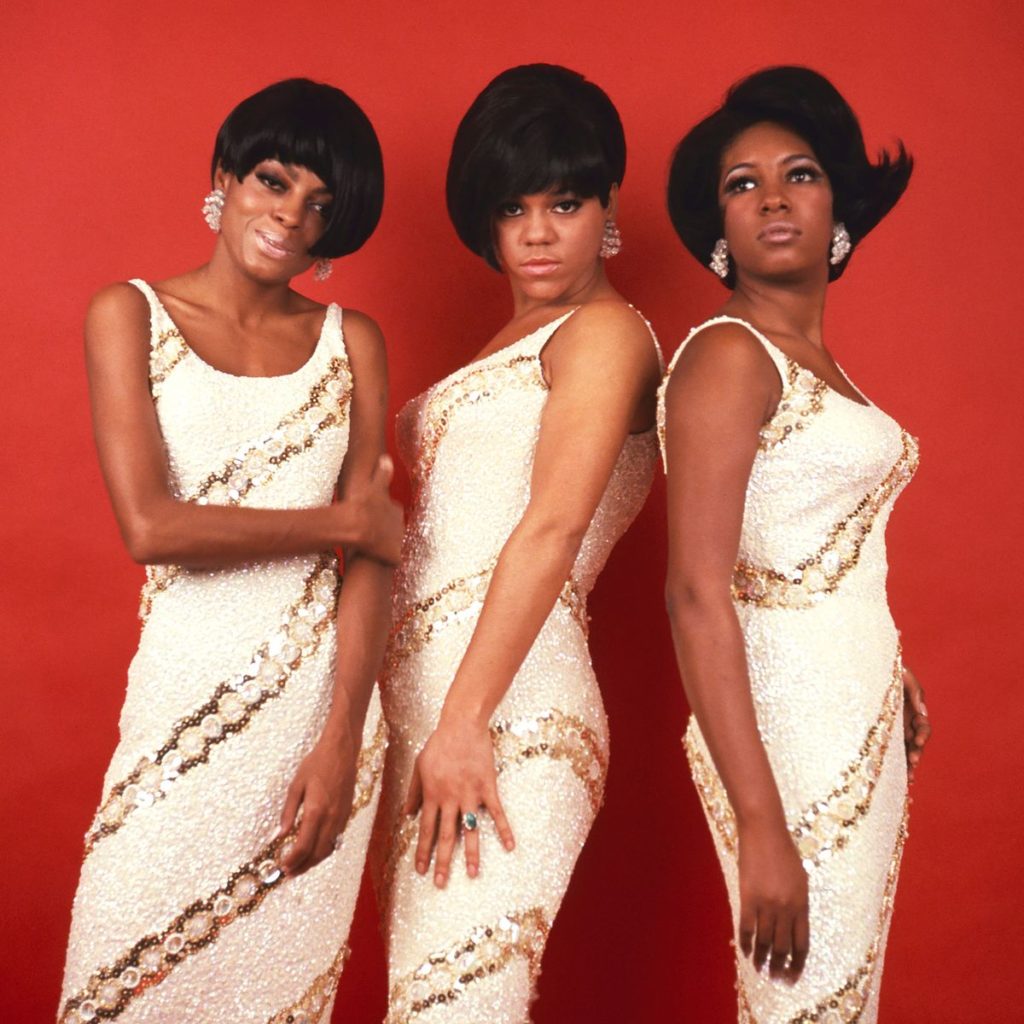 After quite some time we were allowed through the side kitchen door to get to the lifts at the rear and we soon found out that when the bomb blast went off the girls and their assistant were mercifully late upstairs and were waiting for the lift to come to take them down to the foyer.

They were minutes away from being at the epicentre of the terrible blast in the hotel lobby.  Then to our horror we realised that Supreme Scherrie Payne was nowhere to be found so we all assumed that she must have been on time and had gone downstairs.

That left us all frantic with worry, but it was so hard to find any information as it was just chaos downstairs.

I decided the only thing I could do was to run across to the St. George's Hospital at Hyde Park corner, in what is now the Lanesborough Hotel, to try to find out if Scherrie was there injured.

In horror I watched as the ambulances brought in dozens of people with horrific injuries.

Some people were in a terrible state, one man had his ankle blown off another had lost a leg and I saw a woman in the uniform of a car hire company brought in with bits of her electric typewriter still embedded in her chest.

It was just horrible but thank god Scherrie was not amongst these poor innocent victims.

I was not aware then but after the explosion the police found a second bomb in the hotel, which they had taken away to dispose of.

It transpired that Sherrie had indeed come down early, so had decided to go for a walk but when the bomb went off, and as it was all cordoned off and she could not communicate with us, she was taken into the Playboy Club, where she was drinking cocktails oblivious to our concern until it was safe to return.

For once being late was a fortuitous bonus as had we all arrived there just a few minutes earlier on schedule who knows how things would have been?

The Supremes originally formed as the Primettes when Mary, Diana Ross and Florence Ballard were all still at school, aged 15.

When they signed to Motown in 1961 and the name changed to The Supremes they epitomised the sound of that classic label and era and Mary was with them throughout their groundbreaking stellar career before becoming a highly successful solo star. 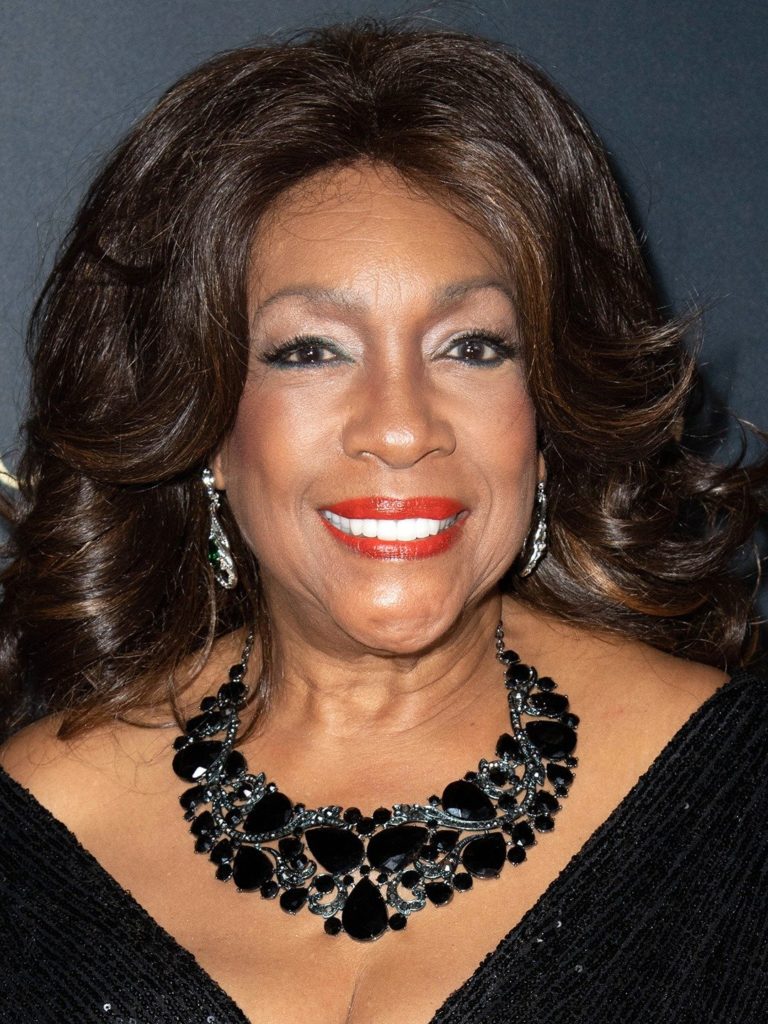 Mary Wilson, was a founder member of The Supremes (Photo by Earl Gibson III/Shutterstock)

I asked my friend broadcaster Paul Gambaccini, who is the expert on American pop music, to give me his thoughts.

“Mary Wilson was the only member of the Supremes to have been there from the first day to the last,” he said.

“She founded the group with her friend Florence Ballard and saw it through its entire career, including, of course, the ascent and departure of Diana Ross.

“The Supremes had twelve US number ones, more than any other group, and inspired careers.

“Both Oprah Winfrey and Whoopi Goldberg have said that their lives changed when they saw the Supremes make their Ed Sullivan Show debut singing Come See About Me.

On September 10, just five days after the Hilton bomb, I collected the Supremes again, having secured them a spot on Top of Pops to sing He’s My Man.

It was there at the BBC TV Centre that I first realised what a formidable professional woman Mary was.

In those days Top Of The Pops was a huge must-see show, watched by all the family and as it regularly got 15 million viewers it was an important show for record companies to get their bands on to plug their records.

It was produced by the flamboyant powerful Robin Nash, who ran the show with his booming theatrical voice, exactly as he wanted it, and nobody would dare argue with him. The afternoon rehearsal went well until the end of the song when there was a strange clumsy fade out which phased Mary.

She told me that fade is no good as it meant she would look like a goldfish mouthing lyrics as the music faded out and that would be horrible.

So I told the floor manager Barry Martin that we were unhappy with the end, asking could we change the fade.

Barry was terrified of Robin but agreed to tell him with the result that Robin came rushing down the iron steps on to the studio floor, where he curtly asked Mary what the problem was.

She tried to explain that she was uncomfortable with the fade but Robin did not listen and was affronted thinking the group were just asking for more time, which they were not.

His unhelpful arrogant response was “I produce this show for the BBC the way I want it and if you don’t like it well that is your choice”.

Mary simply said “come on girls we are outta here lets go shopping” and off they went.

Robin was astonished and went back to the gallery giving me death glares.

The show was too important for Motown to lose and I also realised that Robin had created a huge problem for himself as he now had a three-minute hole in his carefully timed programme that he could not fill. 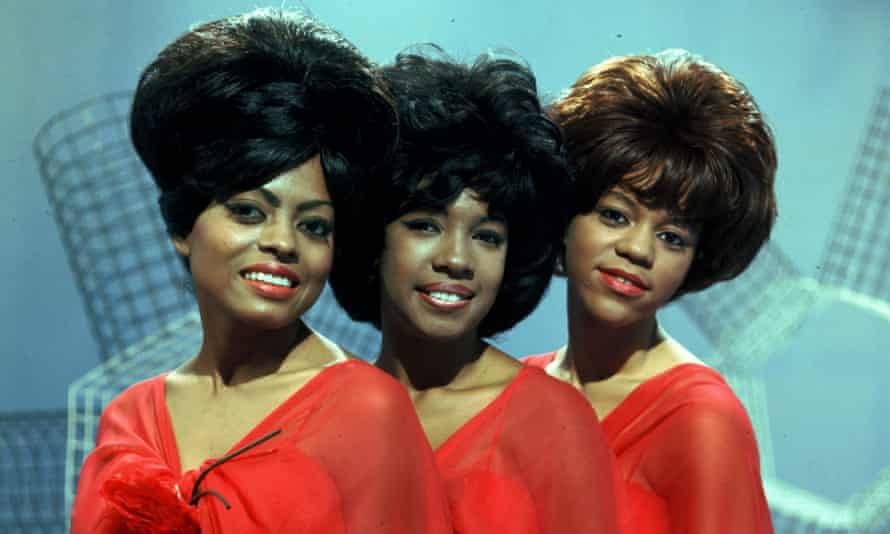 I followed the Supremes to the dressing room and explained to Mary that Robin could be pompous and bombastic but if I could get him to speak to her would she reconsider.

Mary turned to me with her famous radiant smile and said “honey I was born near the Mississippi Delta before the de-segregation laws came in 1964 and I’ve done TV shows all over the world, I know pompous and bombastic, so just bring him here”.

I rushed up to the gallery to try to mediate and Robin agreed to come down when the rehearsal was over.

A while later he flounced into the dressing room but was now very British and charming and Mary explained she could not care less how long they got on screen as long as what went out looked professional and good and that was better for his show, the bad fade was just not acceptable.

He then uncharacteristically demurred and they performed the song with a smoother a fade and all was well.

I was amused and impressed to see that Robin Nash had met his match in the formidable Mary Wilson, who would do anything to protect her group.

From her background and the time she grew up in, when the civil rights movement was just beginning, it is no surprise that Mary Wilson was also politically active and even worked to get the law changed to protect group names from imposters.

She fought to pass the Truth in Music Advertising Bill as well as donating to countless charities.

The Supremes split up in 1977 after their show at the Theatre Royal Drury Lane, when Mary left to pursue a highly a successful career as a concert performer in Las Vegas and across the world.

In 1988 she was inducted along with Ross and Ballard (as members of the Supremes) into the Rock and Roll Hall of Fame.

Mary was appointed by Secretary of State Colin Powell as a "culture-connect ambassador" for the US State Department and from her own life experience her inspiring lecture series, Dare to Dream, focused on helping young people reach their goals and triumph over adversity.

Mary Wilson was married to Pedro Ferrer in 1974 and they had three children, as well as adopting her cousin Willie, before they divorced in 1981.

When she died, leaving 10 grandchildren and one great-granddaughter, Mary was planning a 60th year anniversary celebration for the Supremes.

I had not spoken to Mary for some years, but it was a privilege for me to have known her and to have been able to work with her and her famous group.

My heart goes out to her family at her untimely death and she will surely be missed as a remarkable and talented beacon for young black talent.