A FORMER Mayor has received a civic award for more than 30 years of ‘quiet’ work supporting those suffering with addiction in his community.

Mr McGinn, a former Mayor of the Council, whose son Conor McGinn is the MP for St Helens North, was recognised for his Services to Addiction Awareness within the Community.

“Pat McGinn has for over 30 years both privately and publicly been involved in many life changing initiatives and key events with individuals, families and communities throughout this region,” the Council explained.

“Pat has for many years offered quiet but key support to many individuals and families suffering from addictions,” they added.

“He’s always been on hand to offer support, advice and a shoulder to all who cross his path and put the hand out for help, irrespective of their background, class or creed.”

Mr McGinn’s current work with the Cuan Mhuire addiction treatment centre brings him to schools, community groups, sporting, voluntary and youth clubs throughout the province of Ulster, while he is also heavily involved with the ‘Friends of Cuan Mhuire’ support group. 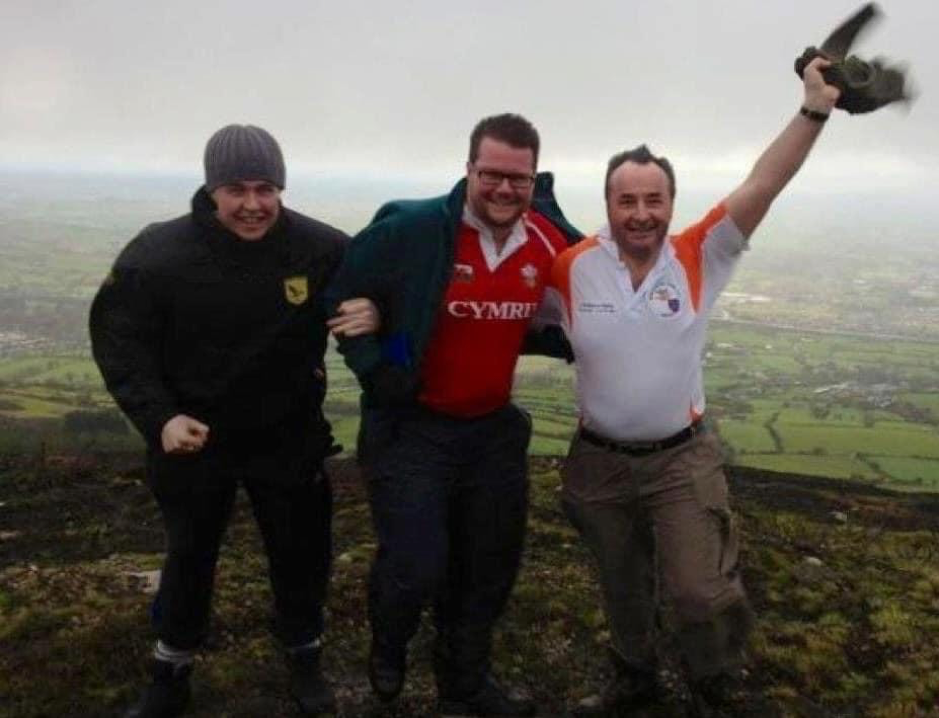 Pat McGinn with his sons Niall and Conor, centre, the MP for St Helens North

An avid fundraiser for local charities, Mr McGinn has completed numerous marathons, cycles and mountain climbs, and was due to run the 2020 London Marathon for the Southern Area Hospice, which was cancelled due to the Corvus-19 pandemic.

“He has always made himself available to help any local charity and community or sporting organisations, either in fundraising or helping organise events,” the Council confirm.

“If there’s a collection that needs help Pat and his team of ‘little helpers’ are sure to be around.”

Mr McGinn was one of a number of award recipients in the annual civic ceremony, which was presented virtually by Newry, Mourne and Down District Council Chairperson, Councillor Charlie Casey.

Mr Casey announced last month that the current coronavirus pandemic would not deter him from hosting the Council’s prestigious Annual Civic Awards Ceremony, which is a “highlight” on his calendar.

It was jointly presented by Cllr Casey and Mentalist David Meade and streamed live on the Council’s YouTube and Facebook channels.

Speaking at the launch of the event, Cllr Casey said: “I speak on behalf of my Council colleagues when I say that we are immensely proud of the remarkable people living in our district.

“These awards give us the opportunity to pay homage to the award nominees by recognising the difference that they have made and formally thank them for their hard work and commitment in their chosen field.”

He added: “I know that those in the community and voluntary sector continually go above and beyond, and never has this been more evident than in the recent months.