The creature lived over 200 years before the first dinosaurs

A NEW species of fossil starfish that lived over 400 million years ago has been found in the Maam Valley of Co. Galway.

The find was made by geologist Dr Eamon Doyle and has gone on display at the Museum of Natural History in Dublin.

The fossil has been named 'Crepidosoma doyleii' in honour of Dr Doyle, who works for the Burren and Cliffs of Moher UNESCO Global Geopark and Clare County Council.

Tests have shown that the creature lived around 435 million years ago – which would place it in the ‘Silesian’ period – over 200 million years before the first dinosaurs emerged.

It is understood to be a new species of an ‘ophiuroid’ starfish, better known as a 'brittle star', which evolved around 500 million years ago and have survived unchanged to the present day.

The ocean in which the starfish lived disappeared around 400 million years ago as a result of tectonic shifts in the Earth’s crust. 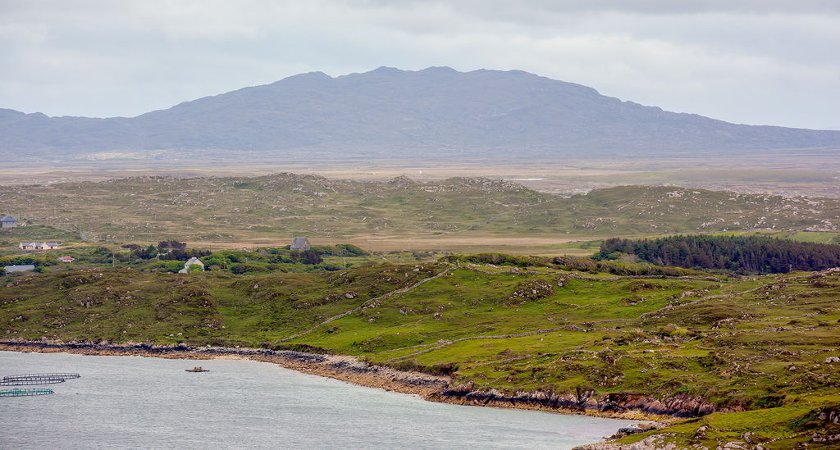 The find was made in the Maam Valley region of Connemara, Co. Galway (Picture: Tourism Ireland)

The discovery has been hailed by scientists as an "exceptional fossil" which provides a key piece of evidence in the search for signs of life in an ocean that covered what is now Ireland, millions of years ago.

Dr Sarah Gatley, of the Geological Survey, explained: "This discovery by Dr Doyle in the area of the Joyce Country aspiring Geopark highlights the need to protect our geological heritage.

"It underlines why the Geological Survey support the three UNESCO Geoparks as well as the aspiring Geoparks in Ireland".

Professor David Harper of Durham University, and co-author of the research, added: "The remote areas of the west of Ireland continue to yield some exceptional fossils with a significant impact on understanding of the history of life.

"We owe a great deal to the painstaking efforts of Dr Eamon Doyle who combed these distant mountains for fossils during his PhD studies at University College Galway."