AN IRISH man has discovered a previously unknown ancient ring fort on the coast of County Clare.

The ancient monument, believed to be a cliff ring fort created thousands of years ago, was discovered by local man Matthew Kelly while he was flying a drone near Crag in the coastal area of Lahinch. 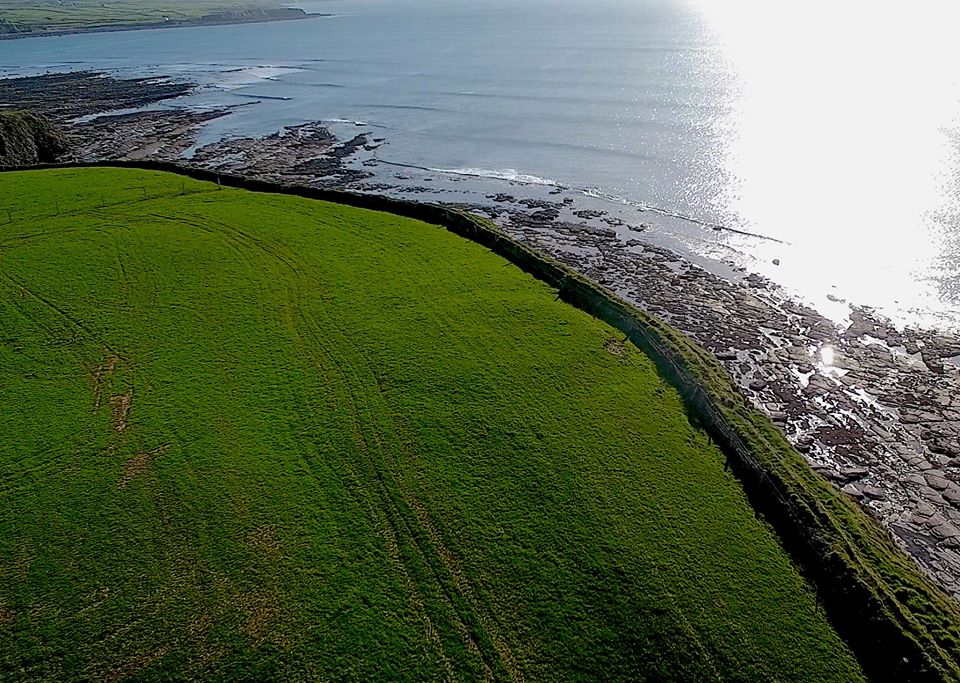 Mr Kelly had been flying his drone by the cliffs when he recognised the fort, and shared a photograph of the discovery on Facebook.

He told The Journal:

“I found the fort while flying my drone around the small cliffs at Lahinch during lockdown.”

“I have been filming forts and stone circles for years so I knew what it was when I found it. I emailed the National Monuments Service who checked it out and added it to their database which means it is now recorded and protected.”

Incredibly, this isn't the first monumental discovery Mr Kelly has made while flying his drone-- two years ago Mr Kelly made the news for accidentally discovering a group of forts in Dundalk, Co Louth, which were found to be over 5,000 years old.

The previous finds were added to the National Monment Service (NMS) database, and the newly discovered cliff ring fort-- a sub-circular enclosure situated on a steep cliff-edge-- is due to be added to Ireland's Record of Monuments and Places.

Mr Kelly has partnered with artist Jim Fitzpatrick to name the new discovery, as he "inspired me to get into Irish mythology years ago".

“He suggested Cliodhna of the Waves so we will call it Dun Cliodhna. Cliodhna is the goddess of love and beauty and is said to have three brightly coloured birds who eat apples from an otherworldly tree and whose sweet song heals the sick.”

Human remains found in 'ritual pit' in west of Ireland cave date back over 5,000 years