Sponsored by Gaughan Building Services, Irish people in London, Glasgow and Birmingham gathered to mark the start of the St Pat’s season.

First up was Breakfast in the City, where 100 special guests were flying high at London’s iconic Walkie Talkie building. 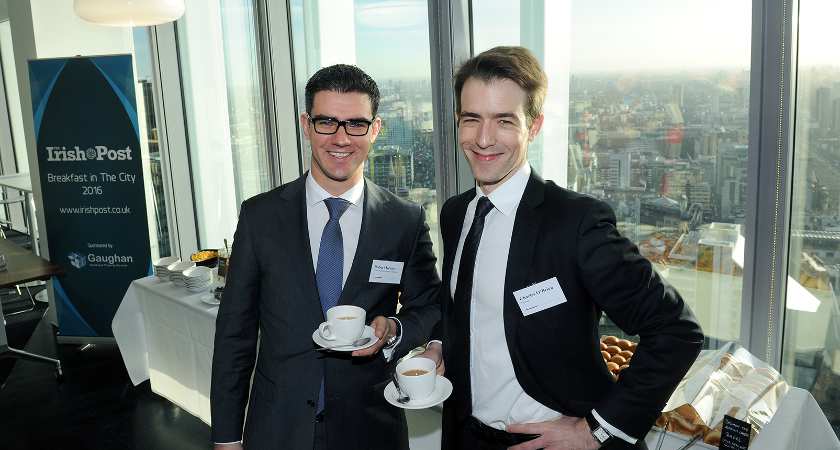 Robert Kenny from Lloyds Bank and Charles O'Brien from Finsbury

The morning provided an opportunity to both network and take in the spectacular views over the English capital.

Guest speaker was Irish economist David McWilliams, who gave his views on the upcoming Brexit referendum. 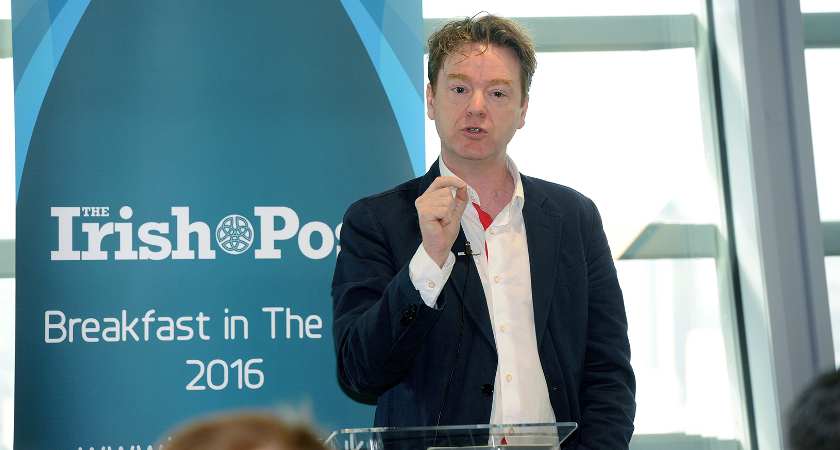 Guests included those from organisations such as the Irish Heritage Foundation, Comhaltas, Tourism Ireland and Conradh na Gaeilge. 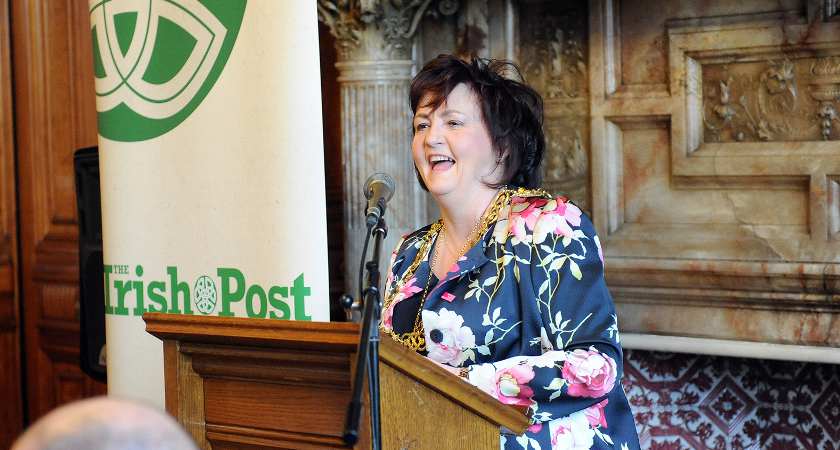 The fun continued in Birmingham where 160 people gathered at the McDonald Burlington Hotel for the annual Midlands Irish Post Breakfast.

Hosted by former Rose Maria Cleary-Naughton, stepping in for regular MC and BBC broadcaster Bob Brolly who was filming abroad, guests enjoyed a full Irish and a performance of Irish dancing from the McCarron School of Irish Dance. 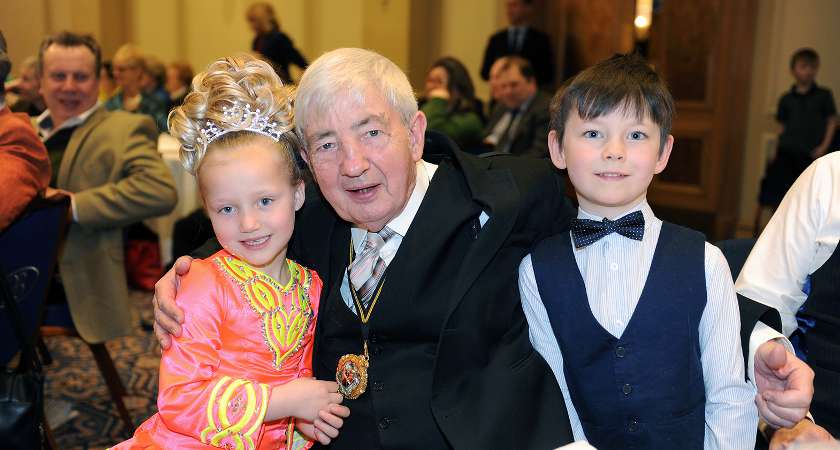 The morning event was attended by the city’s Lord Mayor of Birmingham - Councillor Raymond Hassall as well as representatives from groups and charities including Sifa Fireside, Birmingham Irish and Warwickshire GAA.

Music was provided by traditional musicians John and Carmel Burke.

'Stick your neck out!' – Ex-Arsenal Chairman David Dein MBE inspires at The Irish Post Breakfast in The City 2019