THE FAR-RIGHT have finally found their answer to Greta Thunberg, in the form of a 19-year-old German teenager.

Naomi Seibt, a climate change sceptic, has been adopted as the face of the climate denial campaign in a bid to counteract the 17-year-old Swedish activist Thunberg.

Seibt has been making waves amongst those who are put off by the so-called 'climate change alarmism' currently championed by politicians and activists around the world. 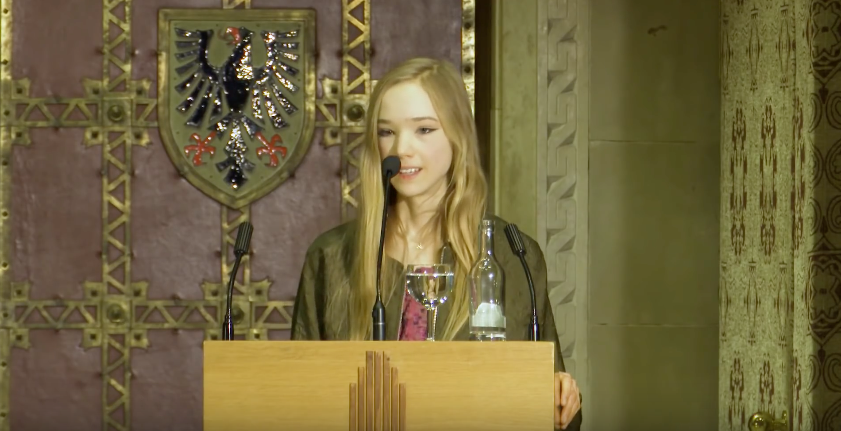 She's gaining support from right-wing organisations, including Germany’s far-right party AfD party, and a think-tank with links to The White House.

She's due to speak at a Republican convention in Washington D.C. later this week, and has - rather aptly - caught the attention Greta Thunberg's arch nemesis: President Donald Trump.

Seibt began uploading videos to YouTube last year, with titles such as "Climate change - just hot air?", "Fierce without Feminism", and "Message to the Media – HOW DARE YOU?" - the latter playing off Thunberg's now famous speech at the UN Climate Summit back in September.

"Science is entirely based on intellectual humility and it is important that we keep questioning the narrative that it out there instead of promoting it, and these days climate change science really isn’t science at all," Seibt says in a video entitled: "Naomi Seibt vs Greta Thunberg: Whom Should We Trust?".

"She’s a fantastic voice for free markets and for climate realism," James Taylor, director of the Arthur B Robinson Centre for Climate and Environmental Policy at The Heartland Institute, told The Washington Post.

While her public profile is no where near that of Thunberg's, with a mere 5,000 Twitter followers compared with the Swede's whopping 4 million, Seibt is gaining support as a kind of right-wing 'anti-Greta'. The acceptable face of opposition to Thunberg's popular but polarising narrative.

"I have good news for you. The world is not ending because of climate change," Seibt insists.

Thousands of people came to protest against this event. But I’m not fighting you, protesters. I’m fighting totalitarianism. I’m fighting for free speech.

Pubs in Ireland could reopen in June - Leo Varadkar