ARLENE FOSTER is to step down as DUP leader and First Minister of Northern Ireland.

It follows calls within the DUP for a leadership contest.

In a statement, Foster announced she had informed the party chairman of her plans to step down as leader of the Dup on May 28 and as First Minister at the end of June.

She said: "It is important to give space over the next few weeks for the Party Officers to make arrangements for the election of a new leader."

"It has been the privilege of my life to serve the people of Northern Ireland as their First Minister and to represent my home constituency of Fermanagh/South Tyrone,” the statement continued.

"I first entered the Assembly in 2003 and undoubtedly the journey of the last eighteen years has been memorable.

"There are many people who have helped and supported me throughout that period and I will always been grateful for the kindness and support shown to me by them."

The outgoing first minister added: "The future of unionism and Northern Ireland will not be found in division. It will only be found in sharing this place we are privileged to call home."

The decision comes after 75% of the DUP’s members in the Northern Ireland Assembly signed a letter calling for a leadership contest.

Eight of the party’s 18 constituency associations also submitted letters of concern over Foster and deputy leader Nigel Dodds’ handling of the Northern Ireland Protocol and other issues. 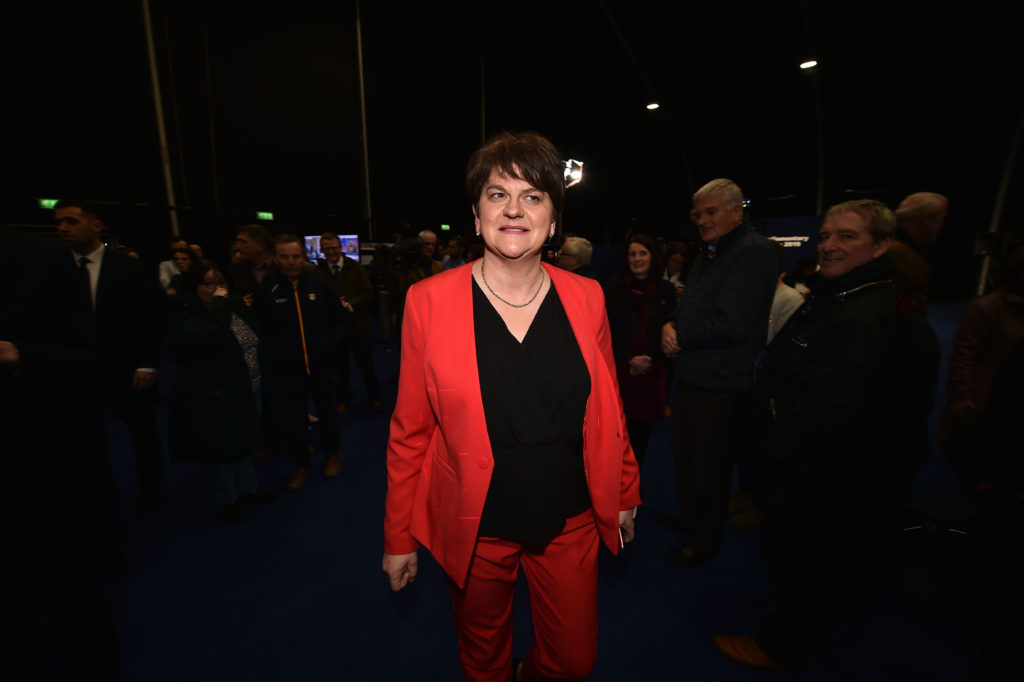 In a six-minute statement, Foster confirmed her plans to step down while reflecting on her 18 years in the Stormont Assembly and the achievements she enjoyed during that period.

Foster said: "I am the first to recognise that there have been ups and downs over this last five and a half years (as party leader). The 2016 assembly election results and our party's best ever Westminster result in 2017, stand out amongst the high points...

"Of course, along with the highs, there have been lows along the way. The three years without devolution caused untold harm to our public services.

"I am proud that there is a young generation of democratic unionists getting involved in politics and trying to shape Northern Ireland for the better.

“Over the last 12 months, I've been holding online meetings with young people, mainly from working class communities and encouraging them, especially the young women, to get involved. And I echo that encouragement today. Politics and debate is the only path to affect change in society."

Foster’s problems can be trace back to Brexit and her initial claim the Northern Ireland protocol could see the region. enjoy the benefits of both the UK’s internal market and the EU Single Market.

This was a stance she was soon forced to abandon amid a backdrop of unhappiness within the DUP over the arrangement and implications of an Irish border in the sea, a setup which sparked violence in loyalist areas of Northern Ireland and general unionist unease.

In an about turn, Foster began to call for the Protocol to be removed yet her critics remained unimpressed, accusing the DUP leader of failing to do enough to combat it.

The DUP leader also angered many on the conversative Christian wing of the party after she and several other senior party members abstained from a Stormont Assembly vote calling for a ban on gay conversion therapy.

The identity of her successor could have huge ramifications not just for the DUP but for Ireland, the UK and the entire fragile system in place since the Brexit deal was signed off.