ARLENE FOSTER has resigned her post as First Minister of Northern Ireland.

The former DUP leader was ousted from her position following major rows within the DUP, with some blaming her for the Northern Ireland Protocol which led to a trade border in the Irish Sea, and some suggesting she was not strong enough on issues such as abortion.

Earlier this month, Ms Foster was replaced as leader of the DUP by Edwin Poots, but he will not take up the First Minister position- that is expected to go to Paul Givan, an MLA for Lagan Valley.

Mr Givan has been nominated for the role and is expected to take up the position next week. 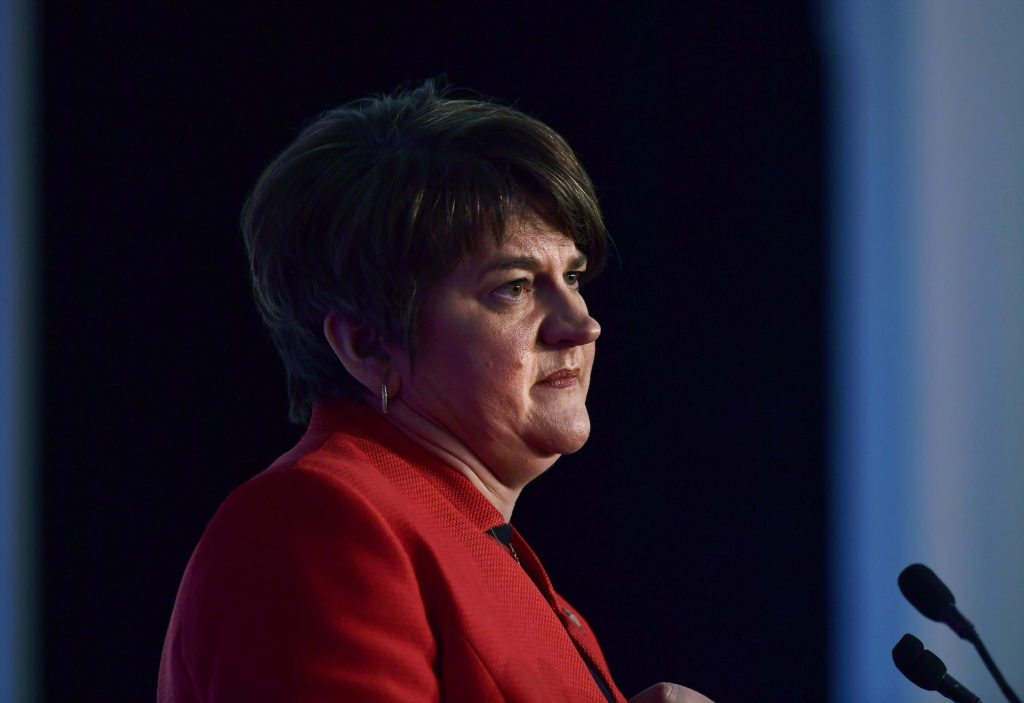 She thanked her colleagues for the opportunity to address the chamber "one last time", and promised not to sing- referencing when she belted out a Frank Sinatra song at the British Irish Council summit last week.

She said that "all periods of leadership must come to an end" and "whilst I will miss the exchanges from this seat, I am looking forward to fresh challenges".

She promised she would continue to "speak up on behalf of women in public life, as well as our children" as a private citizen, and wished Edwin Poots and Paul Givan the best of luck as they take over her roles.

The Unionist politician also reiterated that she still strongly believes "in the good sense of the people of Northern Ireland to continue to recognise the value of our place within the United Kingdom" as the potential for a border poll continues to grow.

"A UK that has helped see us through the worst ravages of the Covid-19 pandemic, with unprecedented financial support" and "our incomparable National Health Service, and a national vaccination programme that is the envy of the rest of the world."

The DUP and Sinn Féin will then have a deadline of seven days to agree to go back into government together- if they fail to reach an agreement, a snap election will be triggered.

Sinn Féin would have to endorse Paul Givan as First Minister and put forward their own choice for Deputy First Minister- which would, again, be Michelle O'Neill, to avoid triggering a snap election, but this is far from guaranteed.