A group of men carry an injured supporter after the match between Arema and Persebaya Surabaya at Kanjuruhan Stadium (Image: STR/AFP via Getty Images

AT LEAST 174 people are reported to have died and hundreds more were injured following a stampede and violence at a football match in Indonesia.

The incident happened on Saturday after hosts Arema lost 3-2 at home to rivals Persebaya Surabaya at the Kanjuruhan Stadium in Malang, East Java. 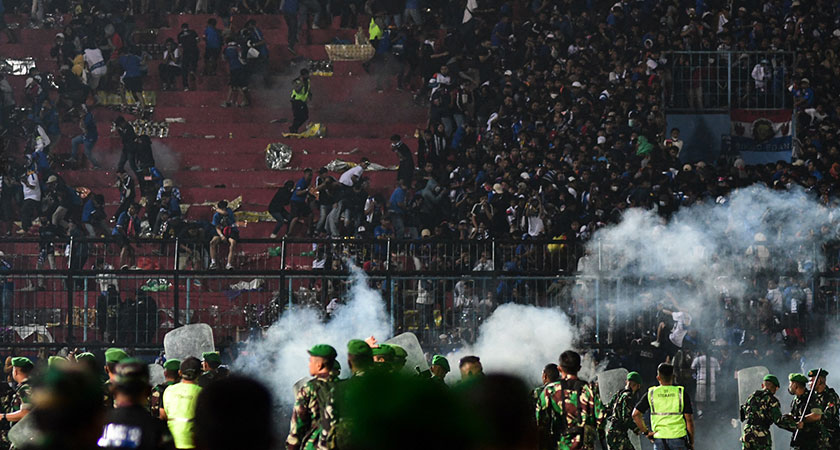 He has also ordered the association, the Sports Ministry and the police to conduct an investigation into the incident and instructed the Ministry of Health and the Governor of East Java to provide health services for the injured.

"This incident is the last tragedy of football in the country, there should not be another tragedy like that of humanity," said Widodo.

According to the Guardian, a pitch invasion at full time of up to 3,000 people prompted police to fire tear gas.

Crowds then rushed to exit the stadium, leading to a crush and cases of suffocation. 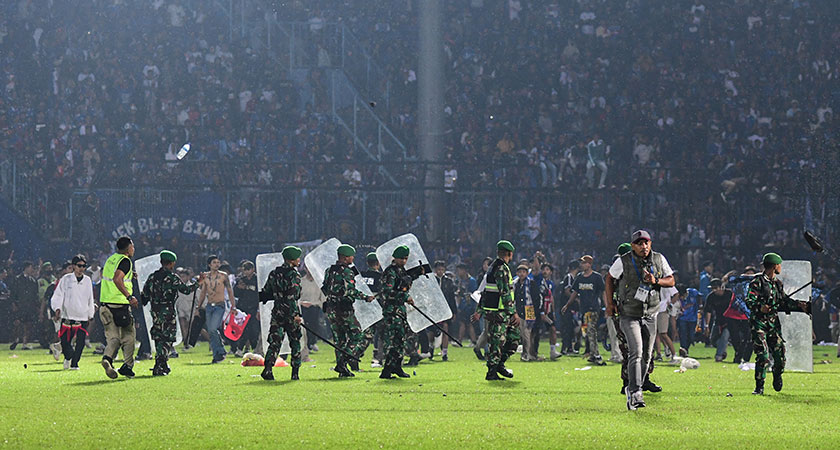 Police on the pitch at full time (Image: STR/AFP via Getty Images)

Yunus Nusi, General Secretary of the PSSI, condemned what he described as a riot at the final whistle.

"However, from the video footage on social media that has spread everywhere, it appears that there was a riot after the referee blew the long whistle."

He added: "PSSI strongly condemns this riot. However, once again we cannot conclude anything.

"However, harsh sanctions will befall Arema if everything is proven." 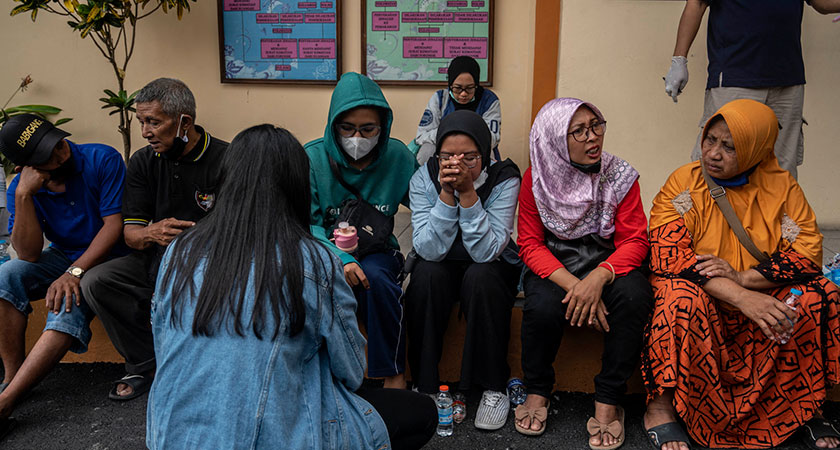 Erwin Tobing, chairman of the PSSI Disciplinary Committee, revealed that Arema had immediately been banned from hosting matches for the remainder of the season.

"In addition, other sanctions are also waiting," he added.

In a statement on social media, President Widodo offered his condolences to those affected.

"On behalf of the nation, the country and the people of Indonesia, I express my deep sorrow over the football tragedy that led to many casualties in Kanjuruhan, Malang, last night," he said. 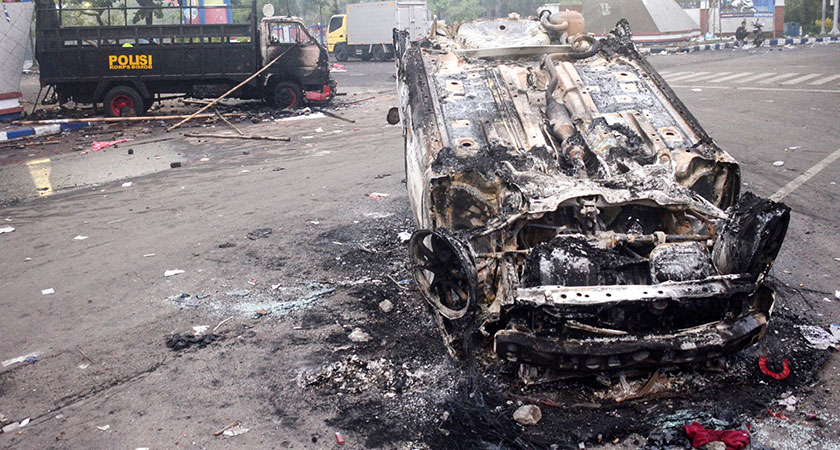 Burnt out police vehicles outside the stadium (Image: PUTRI/AFP via Getty Images)