INDONESIAN officials have revised the number of fatalities from the Kanjuruhan Stadium stampede in Malang, East Java on Saturday.

Meanwhile, FIFA President Gianni Infantino has described the tragedy as 'a dark day for all involved in football'.

Early reports indicated as many as 174 people had died following the match between Arema and Persebaya Surabaya.

After supporters invaded the pitch, police fired tear gas in an attempt to get fans to return to the stands. 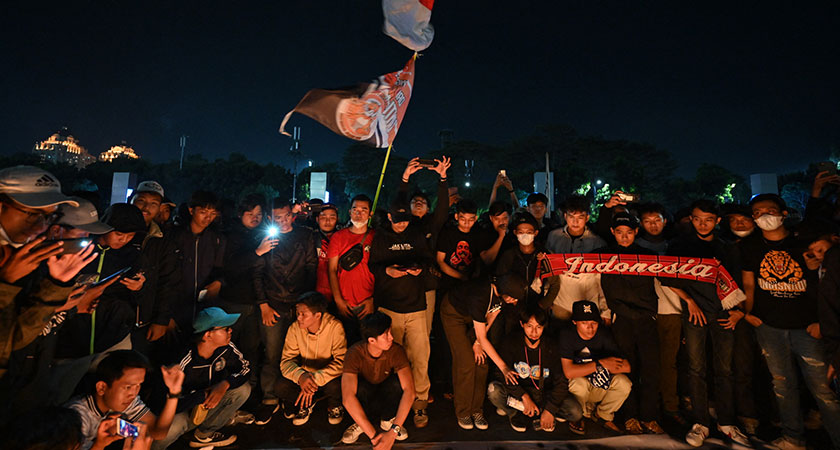 The crowds then rushed to exit the stadium, leading to a crush and cases of suffocation.

A statement from the Indonesian National Police said 125 people died in the incident and all have been identified.

The force attributed the discrepancy in part to an error in recording the deaths at the hospital.

It added that two police officers, First Brigadier Fajar Yoyok Pujiono and Brigadier Andik Purwanto, were among the victims.

"The number of injured victims is 323 people," added the statement.

FIFA chief Infantino offered his condolences to the families of the victims.

"The football world is in a state of shock following the tragic incidents that have taken place in Indonesia at the end of the match between Arema FC and Persebaya Surabaya at the Kanjuruhan Stadium," he said.

"This is a dark day for all involved in football and a tragedy beyond comprehension.

"I extend my deepest condolences to the families and friends of the victims who lost their lives following this tragic incident. 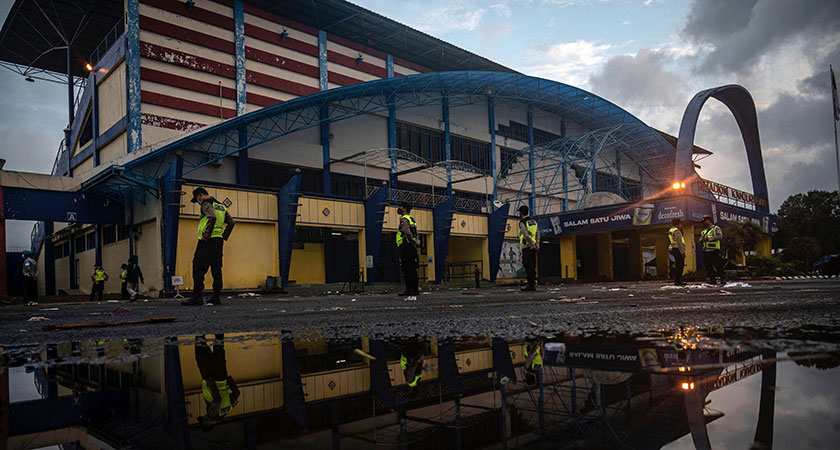 "I am deeply shocked and saddened to hear such tragic news coming out of football-loving Indonesia and, on behalf of the AFC and the Asian football family, I send our heartfelt condolences to the families and friends of the victims, while expressing our speedy recovery wishes to the fans who have been injured in the incident and support to the Football Association of Indonesia (PSSI) and the clubs," he said.

The Football Association of Indonesia has suspended the league for one week, while Arema are prohibited from hosting any further games this season.