Joe Biden has chosen Massachusetts Rep. Claire Cronin as the next US Ambassador to Ireland

AN IRISH-AMERICAN lawyer has been named the next US Ambassador to Ireland after being chosen by Joe Biden.

Claire Cronin, from Boston Massachusettes, has forged an impressive career in law and politics  in the United States, and currently serves as a Representative and Majority leader in the Commonwealth of Massachusettes.

The Democrat was announced as US President Joe Biden's pick for the Ambassador job yesterday evening, with Irish government representatives and institutions welcoming her to the role via social media.

Ireland's Minister for Foreign Affairs, Fine Gael's Simon Coveney, said he looks forward "to working with the new Ambassador on deepening and strengthening all aspects of our bilateral relationship with the United States" and added "we look forward to welcoming her to Ireland." 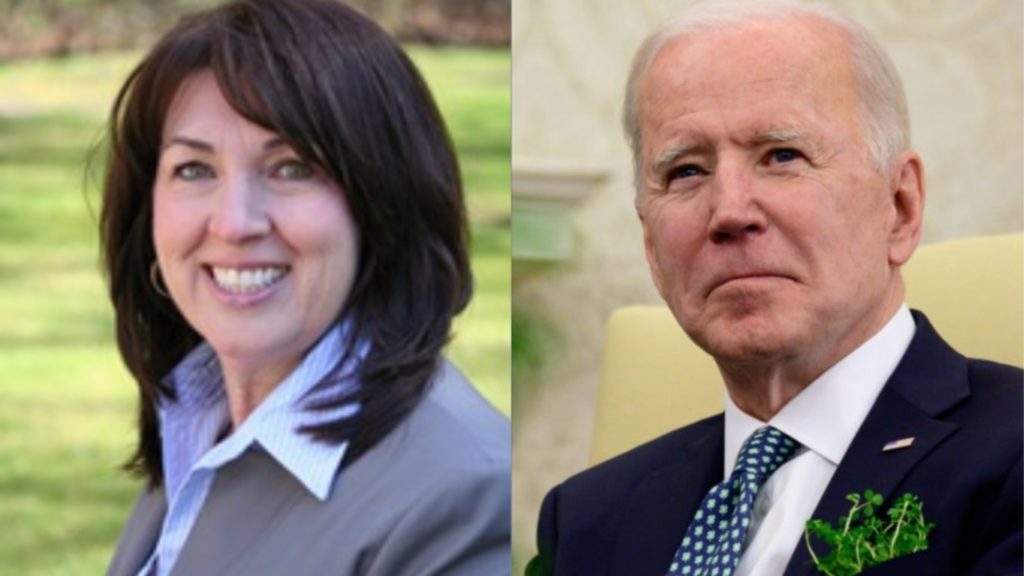 Joe Biden has chosen Massachusetts Rep. Claire Cronin as the next US Ambassador to Ireland

Sinn Féin leader, TD Mary Lou McDonald, said her appointment was "very good new" and she looks forward "to working together in these challenging and exciting times for Ireland, the US and the world."

Ireland's Ambassador to the United States, Daniel Mulhall, offered his congratulations to Ms Cronin and said "I look forward to working with her on the further deepening of Ireland's ties with the USA."

Congratulations to #Massachusetts State Representative Claire Cronin on her nomination by @POTUS Biden to be 🇺🇸 Ambassador to Ireland. I look forward to working with her on the further deepening of Ireland’s ties with the USA. https://t.co/TtHcg2K9ne

The newest US Ambassador to Ireland, Claire Cronin, currently serves as a Representative, and as Majority Leader for Massachusettes, and has formerly served as Vice Chair and Chair of the Committee on the Judiciary.

As Chair of the Committee, Ms Cronin was the architect of significant pieces of legislation, including major criminal justice reform and police reform.

The Irish-American has also served since 2003 as a Mediator/Arbitrator for Commonwealth Mediation in Brockton, MA.

Prior to her election as Representative, Cronin maintained the Law Office of Claire Cronin in Brockton, Massachusetts.  Earlier she was first a law clerk, and then an Associate Attorney at Wynn & Wynn, P.C. in Raynham, Massachusetts.

She had preciously worked in Liaison and Constituent Services in the Office of Massachusetts Governor, Edward King.

The Ambassador is the recipient of multiple honors and awards including the Jewish Community Relations Council Legislative Leadership Award (2020) and the Emerge Massachusetts 2020 Woman of the Year.