Billy the Kid: Photograph of second-generation Irish outlaw alongside his killer discovered 136 years on

EXPERTS have confirmed that a photo bought for just £7 shows second-generation Irish gunslinger Billy the Kid – and could be worth millions.

The photograph of four 19th century men was purchased at a US flea market in 2011 for just $10 by Frank Abrams, a lawyer with a keen eye for history.

Abrams – who made the purchase showing who he believed to be a group of cowboys – took another look at the black-and-white image after watching a documentary on Billy the Kid in 2015.

The film documented the discovery of another photo of the Kid playing croquet, and prompted Mr Abrams to consult experts over the identities of the men.

Historians told him that the photo showed Billy the Kid alongside Pat Garrett – the lawman who would shoot him dead just months later.

“Everything matches: the plate, the clothing, the firearm,” William Dunniway, a tintype expert, told the New York Times. 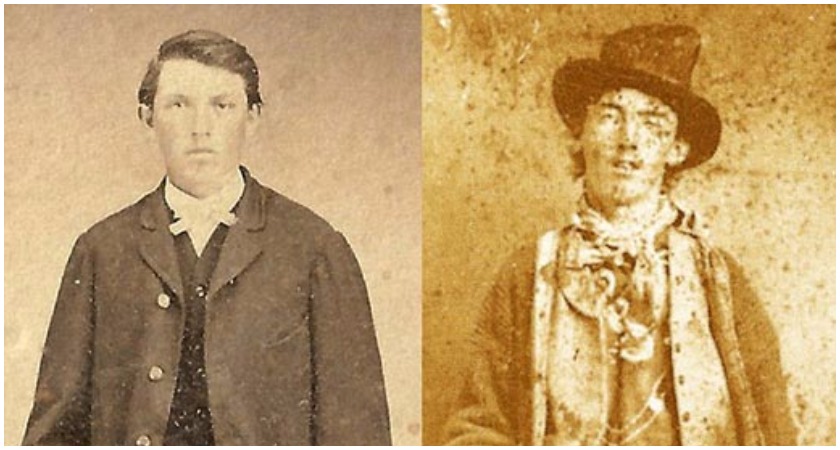 These two photographs were the only known images of the infamous gunslinger prior to 2015.

Mr Dunniway worked with Kent Gibson, a forensics expert, to establish the identities of the four men.

Using facial recognition technology and the help of a hand-writing expert, they concluded that the two friends-turned-enemies were indeed in the picture.

The other recently discovered image, of the Kid playing croquet, sold for $5 million two years ago – but as Mr Abrams’ photograph may be the only to show the outlaw and his killer together, it is likely to be worth far more.

“This is completely unknown, that Garrett and Billy are in a picture together,” said Mr Abrams.

"If I had known it was one of the most famous photos in history, I would have charged more for the room!" he joked – having hung the picture in a room he rented out on AirBnb.

“This is amazing, everybody is excited.” 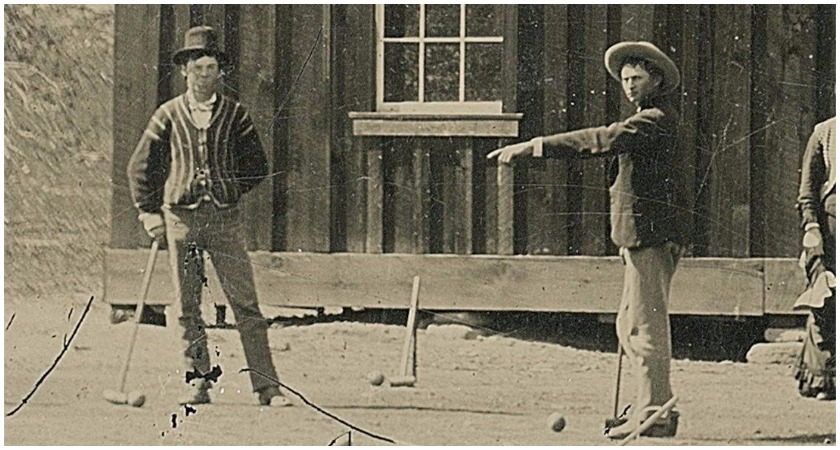 Billy the Kid (left) pictured playing croquet with members of his Old West gang in 1878.

Billy the Kid was born Henry McCarty in 1859 to Irish immigrants who migrated to New York from an unknown county following the Great Famine.

McCarty – who also went by the name William H. Bonney – is believed to have spoken Irish and acted as a translator for Irish immigrants who had not yet learned English.

Born in New York, he moved to Colorado with his brothers and mother Catherine McCarty-Antrim following the death of his father.

The second-generation Irishman quickly became a career criminal and was hunted across the southern US states and northern Mexico.

He is believed to have killed as many as 27 people, including Sheriff William Brady – a murder the infamous gunslinger was sentenced to hang for in 1878.

The Kid escaped jail only to be hunted down and shot dead by Sheriff Garrett on July 14, 1881. He was just 21-years-old.

Billy the Kid: 9 fascinating facts behind the story of America's most wanted outlaw