A LEADING campaigner to save RTÉ’s longwave 252 radio service is calling on the Irish in Britain organisation to extend the deadline for the nationwide survey into its future.

Manchester resident Myra Butler told The Irish Post: “I’ve been speaking with Irish in Britain and have been talking to them about extending the deadline.”

“I don’t think this has been looked into properly.”

The closing date for people to request a survey is tomorrow – and many people are still waiting on phone calls to be returned from the research team.

A campaign led by The Irish Post saw this being postponed until 2017 and a survey has been commissioned by the Department of Foreign Affairs (DFA) into the viability of the longwave service.

The DFA-funded survey is being carried out by Middlesex University researchers on behalf of the Irish in Britain organisation.

But the Irish in Britain organisation confirmed that the deadline to request a survey will still be tomorrow.

“The deadline won’t be extended,” Michael Bourke of the Irish in Britain organisation told The Irish Post.

“The domains of the research are very strict so it has to be completed within the timeframe but anyone who requests a survey by tomorrow will get one.” 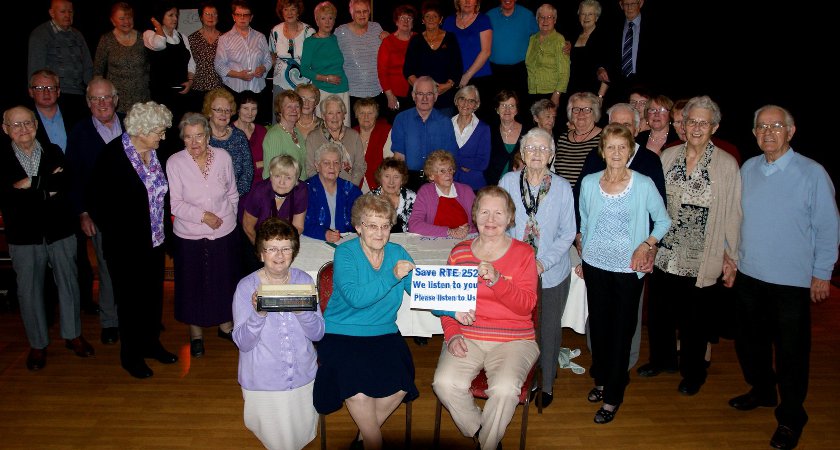 The survey can be carried out three ways – online, by post or over the phone.

The vast majority of the 3,500 requests for surveys to date have been for postal ones.

But The Irish Post revealed yesterday that some people have not heard back from the researchers in up to four weeks.

Professor Louise Ryan from Middlesex University who is leading the research says the team are working as fast as they can given the huge response.

“We have received thousands of phonecalls,” she said.

“This has resulted in a longer waiting time than expected and we are sorry about this but please be assured we are doing everything to ensure that all questionnaires will be posted out as soon as possible.

“It is great that the response has been so big but it has clearly caused us a significant amount of extra work.”

But according to Cork native Ms Butler, the project could have been handled better.

“Batches of the forms should have been sent out to Irish centres and Irish clubs up and down the country,” she said.

“A lot of these people might miss the phone number for the surveys when they’re listening to the radio and if they were in the centres there would be a better chance of people picking them up.”

Irish in Britain also confirmed that group submissions to the research would be accepted until November 20 as a separate strand to the project.

If you or anyone you know has experienced delays in hearing back from the research team, get in touch on 020 8900 4354 or email [email protected]