Catholics 'demanding Communion on the tongue' are putting worshippers at risk, priest warns

A COUNTY Waterford priest has warned that some Catholics are undermining public health measures with demands to receive Communion on the tongue.

Fr Liam Power, former communications officer with the diocese of Waterford and Lismore, told The Irish Times that the selfish actions of some Catholics who were not taking the virus seriously were putting priests and other worshippers at risk.

He explained that stories were coming from parishes across Ireland of a number of incidents which had caused "very serious embarrassment for priests, many of whom are elderly".

In his own parish of Waterford, a man "crossed from one section of the church, climbing over a barrier separating the two pods of 50, and then demanded Holy Communion on the tongue."

When the priest refused, the congregation were subjected to an "embarrassing... stand-off during a most sacred moment of the service." 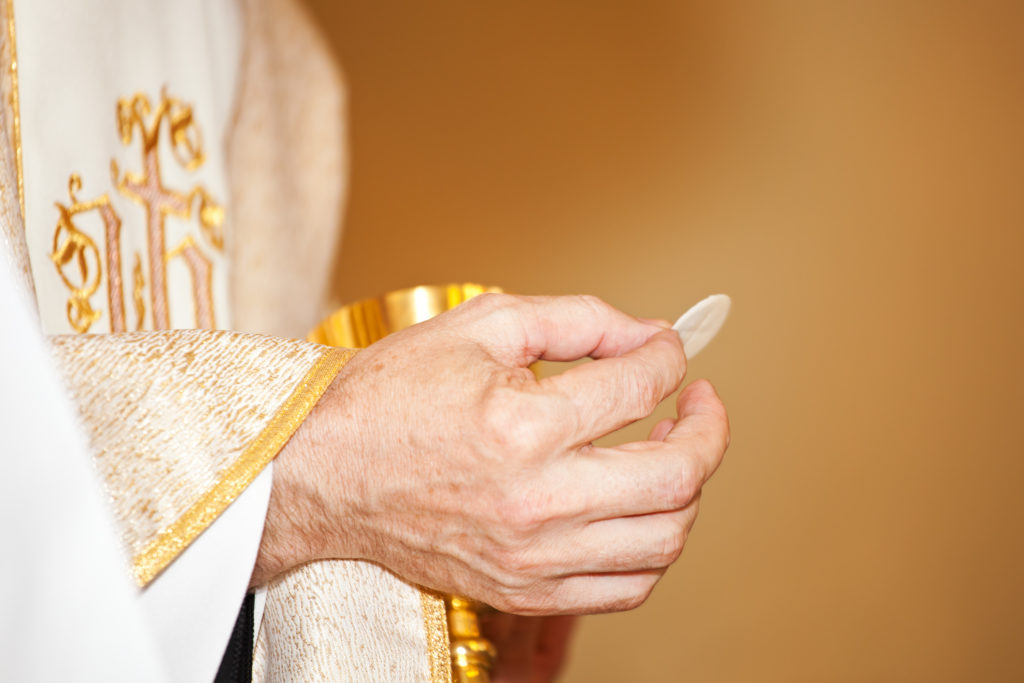 Some parishioners are demanding Communion on the tongue and becoming argumentative when told it goes against public health advice.

Fr Power condemned far-right rhetoric and conspiracy theories which have played a part in the stories coming from parishes across Ireland.

Both the Waterford man and and another incident involving a priest with underlying health issues had claimed "that the right to religious liberty was being undermined", and Covid-19 regulations were unconstitutional.

“In neither of these incidents was any concern shown by the protesters for the health and safety of others. Priests and other communicants could have been exposed to Covid infection,” Fr Power told The Irish Times.

The rise of the far-right in Ireland was causing problems elsewhere in the Catholic church, Fr Power added.

Some seem determined to "undermine" the Vatican and remove Pope Francis, he said, and when the Archbishop of Dublin Diarmuid Martin went to the Eid celebrations at Croke Park in July "he was met with screaming protesters, his car surrounded and banged on, and people shouting traitor and other abuse".

He said that the initial acceptance from Catholic church authorities to far-right groups which claimed to be ultra-religious was now "reaping a bitter whirlwind".