CONOR MCGREGOR is reportedly returning to the ring for his long-awaited comeback this December – but it won’t be a UFC Octagon.

The Irishman sent fans into meltdown this week after posting a cryptic tweet that simply read: “Dublin, December 14th”.

It sparked fresh speculation that McGregor could be lining up a rematch against Khabib Nurmagomedov, who choked out the Irishman when they met last October.

At the very least, McGregor was expected to reverse his retirement from MMA and return to UFC towards the end of the year.

Fans assumed that the Irishman’s announcement would see him return for UFC’s end-of-year show in Las Vegas.

However, the Irish Daily Star is reporting that McGregor is instead set to return to the boxing ring for a fight with fellow Irishman Luke Keeler.

Keeler became embroiled in a war of words with the Notorious earlier this year.

It culminated in McGregor calling up the 32-year-old middleweight fighter to challenge him to a boxing match.

"The fight community in Ireland is small enough and Crumlin isn’t too far from Ballyfermot- and I heard he wasn’t happy with the timing of,” Keeler said at the time.

"He rang me and we had a few words. I told him the fight was there to be made and he was all for it. He agreed to fight over the phone.

"I agree it could be just all talk. Whether he has the balls or not to get in the ring again, never mind with me, we will have to see.

"He could have been just trying to front up or speaking in anger, but it got to the stage where I felt comfortable enough passing onto my management team." 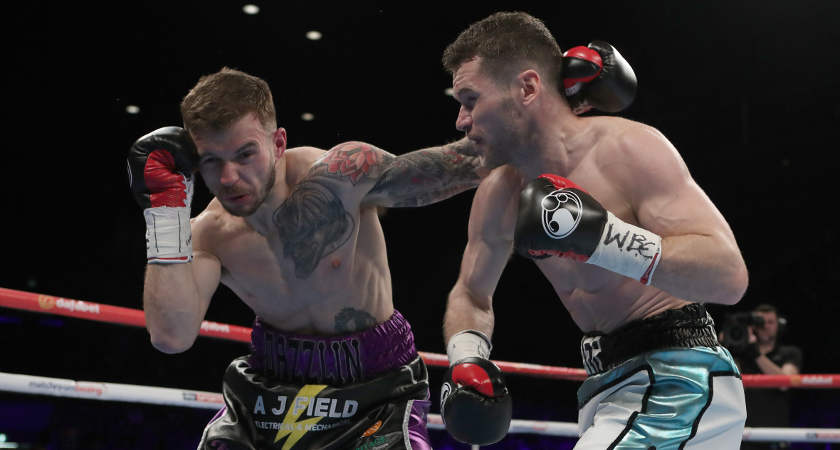 Luke Keeler, right, during his attempt to land the vacant WBC International Middleweight title [Picture: Getty]
The fight against the middleweight boxer, who has won 17 of his 20 fights, could serve as a warm-up of sorts for McGregor ahead of a return to MMA at some point in 2020.

Lockdown in Ireland to be extended 'well into February'