THE DAUGHTER of Jason Corbett, the Irishman killed by his second wife and father-in-law, has hit out at her “former stepmother” for making her an “orphan”.

Molly and her retired FBI agent father Tom Martens were convicted of murdering Corbett, in the family home in North Carolina in 2015.

Jason was killed in his bedroom in the middle of the night after being beaten with a baseball bat and paving stone by the Martens' at least ten times, with some evidence suggesting Jason may have been asleep when the first blow was dealt.

Both the Martens maintained throughout the initial trial that they had acted in self-defense when they beat Jason Corbett to death, but were convicted of second-degree murder and sentenced to life in prison following a trial in 2017.

However, the pair were last week released from jail after 44 months, after the North Carolina Supreme Court granted them a retrial.

Sarah Corbett Lynch, 14, and her 16-year-old brother Jack were orphaned when their 39-year-old father was killed, having already lost their biological mother Mags to an asthma attack in 2006.

Two years after losing their mum, Jason met Molly who moved to Limerick from the US, to work as their nanny. She later married Corbett in 2011.

Ahead of the retrial, Sarah has taken to Twitter to hit out at her “former stephmother” in a series of accusations.

“Molly Martens (former stepmother four years) abused me and my brother before then murdering my father in 2015 with her FBI Dad,” she wrote.

“She made me an orphan they were convicted of murder (25 years) but now they are out for retrial because she made me lie and used my words to get free.” 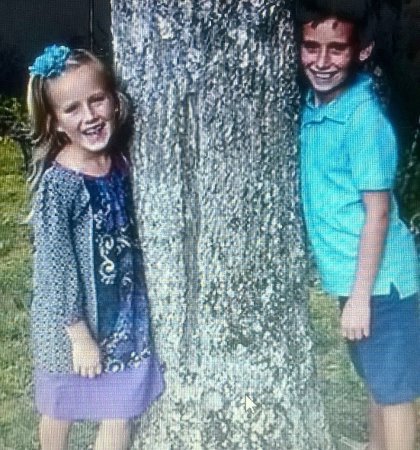 Sarah, who has previously written about her experiences of being an orphan, had already accused the Martens of coercing her to lie in statements given to police following the murder.

These latest comments come on a weekend in which Jason’s sister and Sarah and Jack’s legal guardian, Tracy Corbett Lynch, thanked the public for their continued support.

She expressed “sincere thanks to all who have shown such tremendous friendship and support to our family on both sides of the Atlantic, not just in the past couple of trying weeks, but ever since Jason was killed in 2015.

“Many of you are now friends, but many of you are also strangers. What unifies us is that, no matter where you are from, or what continent you live on, when something so fundamentally wrong and appalling occurs such as Jason’s vicious murder and the abuse of his children, it unifies people, as human beings and citizens of the world.”

She also pledged to continue fighting to clear her brother’s name.

“This isn't about anger or revenge, this is about a will to honour those we love and shine a light on truth and justice. All children, not just Jason's, need to live in a world where they see that there is justice, honesty and fairness.

District Attorney Garry Frank indicating there is a “strong possibility” Jack and Sarah will be called to the stand, having recanted previously statements claiming their father was physically, emotionally and verbally abusive to their stepmother.

Molly and Thomas Martens could be released from prison today