On this day in 1981, the Maze Prison hunger strikes were called off after the deaths of ten people

In 1981, at the height of The Troubles, incarcerated members of the Provisonal IRA began hunger striking in Maze Prison, in a battle to be treated as political prisoners.

To this end, the prisoners had set out Five Demands:

It was the second hunger strike to take place in Maze, after the British government failed to follow through with concessions in 1980.

And so on March 1st, 1981, former IRA officer and subsequent leader of the hunger strikers Bobby Sands began refusing food.

During his strike and while still imprisoned, Sands was elected as MP for Fermanagh and South Tyrone, subsequently becoming a member of the British House of Commons.

A sudden media interest in the hunger strike due to Bobby Sands' new position raised hopes that the prisoners' demands would be exacerbated, but the British government steadfastly refused to make concessions. 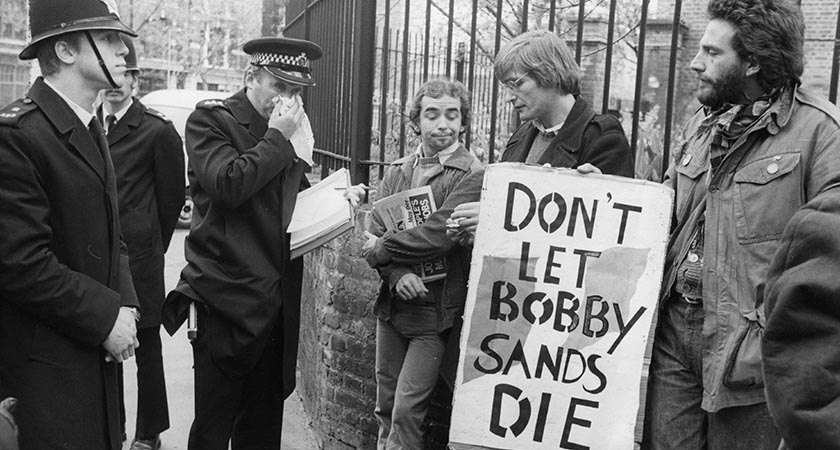 Sands himself also refused to end his strike, even after several interventions by the EU Commission of Human Rights officials, and he died of starvation on May 5th, 1981; two weeks later, three more strikers had starved to death.

100,000 people lined the streets to mourn the leader of the hunger strikers, but British Prime Minister Margaret Thatcher addressed the House of Commons by saying: "Mr. Sands was a convicted criminal. He chose to take his own life. It was a choice that his organisation did not allow to many of its victims."

Months later, after several failed interventions from both religious persons and government officials, family members of the strikers began to demand medical intervention to save the lives of their sons.

The strike was eventually called off on October 3rd, 1981-- and later the Five Demands were all conceded to remaining prisoners, although in an unofficial capacity unrecognised by the British Government.

Twenty three men took part in the strikes, which lasted 7 months in total.

A documentary on the hunger strikes, focusing on Bobby Sands, is available on Netflix in Ireland and the UK and is by the makers of Emmy-winning documentary No Stone Unturned.