Extinction Rebellion activists have glued themselves together at the Department of Communications, Climate Action and Environment in Dublin (Image: RollingNews.ie)

CLIMATE CHANGE activists have glued themselves to the doors of a government building in Dublin as part of a demonstration by Extinction Rebellion.

Five activists belonging to the protest group used superglue to form a human chain blocking the door of the Department of Communications, Climate Action and Environment on Adelaide Road this afternoon.

Earlier, protesters interrupted a speech by Environment Minister Richard Bruton at a commercial forestry conference in the nearby National Botanic Gardens.

A man and a woman walked to the front of the conference hall with an Extinction Rebellion banner but were quickly ushered out of the room by organisers. 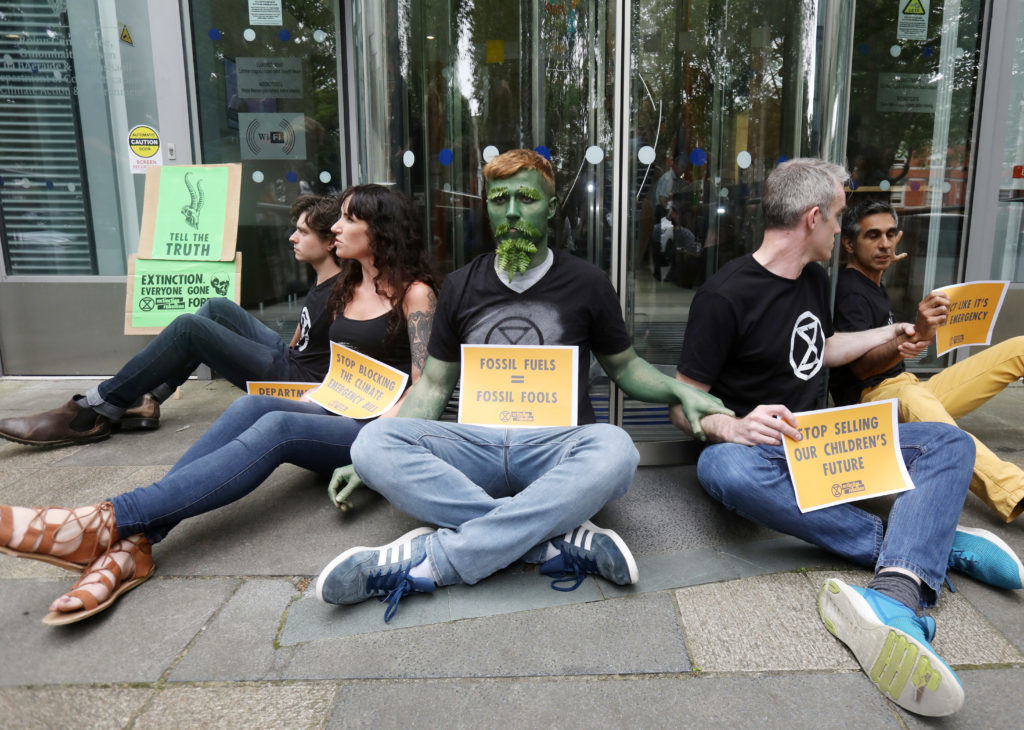 Minister Bruton continued speaking but was quickly interrupted again by another protester sitting in the crowd, before others from the group began to stand up and speak.

One activist was heard saying Ireland needed to "act like your house is on fire – because it is", before the minister eventually restarted his speech.

"Last year, our wood products locked away as much CO2 as was produced by all the licensed cars in Dublin or all the households in Cork, Waterford and Kerry combined," he said.

"Our managed forests grow extremely fast, producing valuable straight trees that literally gobble up harmful CO2 from our skies to help them grow."

The Extinction Rebellion movement was formed late last year and has grown rapidly in recent months. 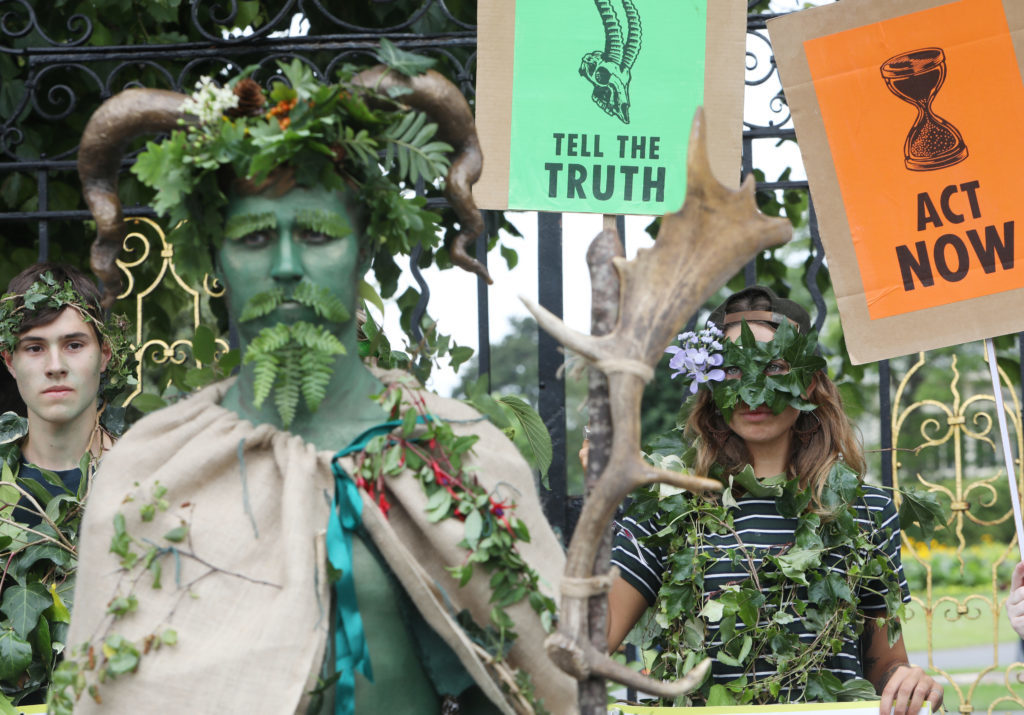 The group has staged repeated protests in London – with hundreds of members arrested – and in April, its activists blocked O'Connell Street bridge in Dublin as part of its first major Irish protest.

Extinction Rebellion is calling for "the restoration of existing native forests and a commitment from the Irish government to set aside large areas of land for rewilding and mature native woodland".

In a statement, the group added: "Any commercial forestry should consist of mixed native broadleaf species and should benefit local farmers rather than foreign investors.

"Grants to farmers to plant biodiversity enhancing trees on farmland, which will have a real chance at reducing the carbon levels that cause global warming, should be greatly increased and farmers should be encouraged to do so.

"Forests should never be planted on the habitat of our most endangered birds and animals."