HERE are the key areas we believe Ireland need to look at if they are to approach the 2019 World Cup with genuine hope of breaking new ground after yet again failing to get beyond the quarter-finals.

When he was second in command at Clermont and in charge of Leinster, Joe Schmidt’s teams played with verve, width and excitement. Now they play like a rugby version of Jack Charlton. So whereas Argentina’s back three sought to go wide, Ireland’s opted to kick high. Time after time after time. Good enough to secure back-to-back Six Nations championships, it proved an impotent tactic against a side who have changed the way they view the game.

“The essence of the 2015 Argentina side is accuracy and speed,” wrote Stuart Barnes in his Times column. “They went with three distributors and four finishers. The half backs and Hernández — now operating at inside centre — are essentially feeders to one of the most frightening back threes the world has seen in some time. Mobility, change of pace and direction are the vital statistics for an Argentina wing. This from a country who rarely ventured beyond the fly half for the majority of their amateur gentleman existence.”

That changed in 2012 when they entered the rugby championship. Faced with the choice of reform or death, they reworked how to play the game and the benefits were there for the world to see in Cardiff. Can Ireland do something similar? While switching hemisphere is even beyond Schmidt’s considerable gifts, altering his approach is clearly within his capacity. For Ireland’s future, it has to happen.

IS CAPTAIN BRANDTASTIC HIS BEST CHOICE?

Paul O’Connell has gone. So what now? While Jamie Heaslip assumed the captaincy in Cardiff — that defeat, added to the lingering memories of his leadership in 2013 (during his previous tenure as captain) suggests he serves more purpose as a second-in-command than the man to be leading the baton charge. Traditionalists still shiver at the memory of him heading for the coin toss before the England game in the 2013 Six Nations campaign wearing Beats By Dre headphones around his neck. Rory Best, an old school enforcer, would be a wiser move. 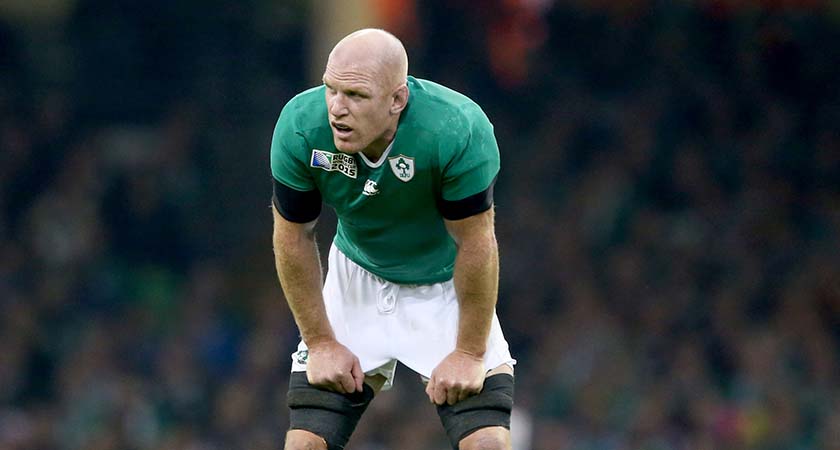 There was an interesting point made by Gordon D’Arcy in his Irish Times column this week. Noting how the Argentineans had redefined their philosophy in the space of three years, the former Irish centre suggested it was time for the IRFU to start a revolution from the bottom up, by firing coaches into clubs and schools. While emphasising technique over physique makes perfect sense, it’ll take years before the fruits of this labour is visible.

It is not unusual for former headmasters to have a teacher’s pet. In Schmidt’s case, Dave Kearney fits that role. Simon Zebo clearly wasn’t handed the same level of trust, a mistake which came to haunt him as Kearney offered nothing in attack and was exposed as a liability in defence.

Zebo has class even if he also has the capacity to run into blind alleys. Ignoring him against Argentina was as crazy a decision as the call to leave Sean Cronin out of the match-day 23. A dynamic ball carrier, Cronin’s arrival from the bench for those final 20 minutes could have had a massive impact on the game. Schmidt, instead, opted for Richardt Strauss, who contributed little.

Other calls — Cian Healy rather than Jack McGrath, Donnacha Ryan rather than Jordi Murphy (with Iain Henderson moving to 6) — could have worked. One thing that no longer works is Rob Kearney’s kick and chase idea. The southern hemisphere sides favour speed on the ground over safety in the air. Look where they ended up in this World Cup and look at Ireland. 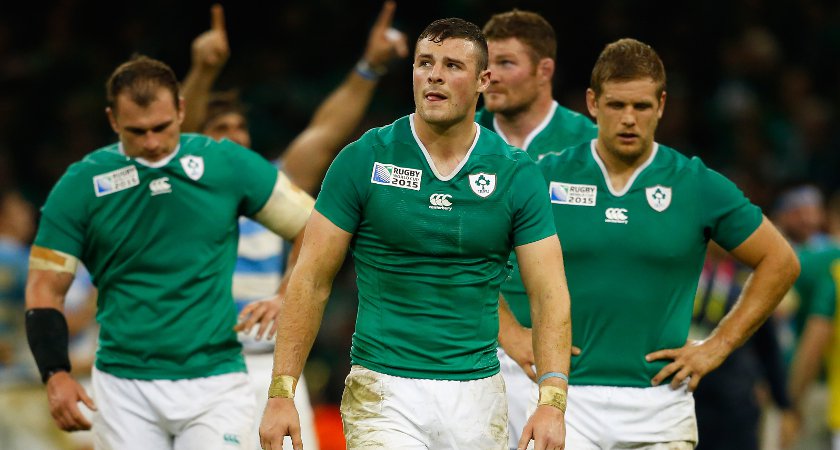 LUCK OF THE IRISH?

Would these conversations be taking place if Paul O’Connell, Jonny Sexton, Peter O’Mahony, Jared Payne and Sean O’Brien had all been fit and available to face Argentina? Probably not. To lose one leader was unfortunate but two (due to O’Brien’s senseless suspension) was careless. Additionally the absence of Sexton, O’Mahony and Payne robbed Schmidt of 33 per cent of his starting team and 62.5 per cent of his leaders. It showed. Clearly a good coach, perhaps Ireland would have been better served in this World Cup with a lucky one.