THIS year marks the 150th anniversary of the birth of one of Ireland’s greatest - yet largely forgotten - athletes and sporting administrators.

He would go on to become the founder of the Olympic Council of Ireland and also the National Athletic & Cycling Association of Ireland (NACAI).

But first, in his youth, he was an outstanding footballer and National Athletics Champion.

In 1898 and 1899 he won the Dublin County Championships with the Geraldine’s Gaelic Football Club.

Mr Keane and two others, namely Matt Rea and Dan O’Callaghan, had founded the Geraldine’s in 1896.

He also won three All Ireland Senior Football championships, while representing Dublin, in 1898, 19899 and 1902. 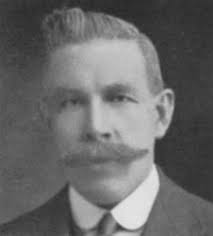 However, as the years passed Mr Keane stopped competing and turned his attention to organising sports in Ireland.

In June 1922, he founded the National Athletic & Cycling Association of Ireland (NACAI).

The following year, in late April 1923, Mr Keane founded and became the first President of the Olympic Council of Ireland, then known as the Irish Olympic Council.

Keane remained as OCI President until October 10, 1931 when he was succeeded by General Eoin O’ Duffy, a former IRA leader in Ireland’s War of Independence.

Mr Keane continued as the Member for Ireland on the International Olympic Committee until 1951, when he was succeeded by Lord Killanin.

For the 1932 Games he was appointed by the Irish Government to take charge of the entire competition - a considerable distinction. 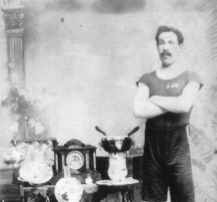 In his ongoing role as IOC member for Ireland, Mr Keane attended every Olympic Games from 1920 to 1948, which was held in London.

It is reported that his retirement as an IOC member in 1951, at the age of 80, was due to ill health.

At his retirement he had been involved in Olympic affairs in Ireland for over thirty years and Irish sports for more than sixty years.

“John James Keane was one of the most significant sporting administrators of the first half of the 20th century and also one of Ireland’s outstanding athletes and Gaelic footballers,” the Olympic Federation of Ireland states.

“His achievements such as his founding the Olympic Council of Ireland and the National Athletic and Cycling Association of Ireland, must be seen and recognised as memorial to him,” they explain.

“Together with these two achievements must be added his outstanding success in organising the Athletics Section of both the 1924 and 1928 Tailteann Games and his Membership for the International Committee as the Member for Ireland.”

They add: “Any one of these achievements should have made his name well known throughout sporting Ireland.

“To achieve not one but five highly significant contributions should have made his name a household name.

“Sadly, to all intents and purposes, the name of JJ Keane is hardly known, even in sporting circles today.”

At the time of his death on Easter Sunday, April 1, 1956, Mr Keane was living at the Portobello Nursing Home, in South Richmond Street, Dublin.

He was buried in Glasnevin Cemetery on April 4, where his grave is located between those of the Irish revolutionary Michael Collins and former OCI colleague General Eoin O'Duffy.

We remember John James Keane - as Irish Ahtletes take their places amongst the Nations of the World, at the Olympic Games in Tokyo 2020 (2021).
* Originally Published on Apr 16, 2021