Tributes have been paid to Noel Mulvey, a retired city bus driver and much-loved entertainment manager at the Birmingham Irish Centre, who has died aged 73.

A proud and well-loved man originally from Drumshanbo, Co. Leitrim, Mr Mulvey also served on the buses in his adopted city of Birmingham for over 50 years.

He died on September 1.

Standing alongside his wife Queenie at the Irish Centre in Birmingham, Mr Mulvey was not just a director of the club but also the booking agent for the many established and up-and-coming stars that played and entertained there.

As a union rep, the former bus man was recognised as 'the oracle', said colleague and friend Dave Albutt.

"He had more facts, rules and regulations in his head than some had written down," he said.

"He was everybody's friend, like a dad to many of us. He would always try his best to help and advise with any problem on or off the job.

“You would have to go a long way to find a bad word said about him," he added. “He served on many committees through work, the union and outside work helping anyone he could. 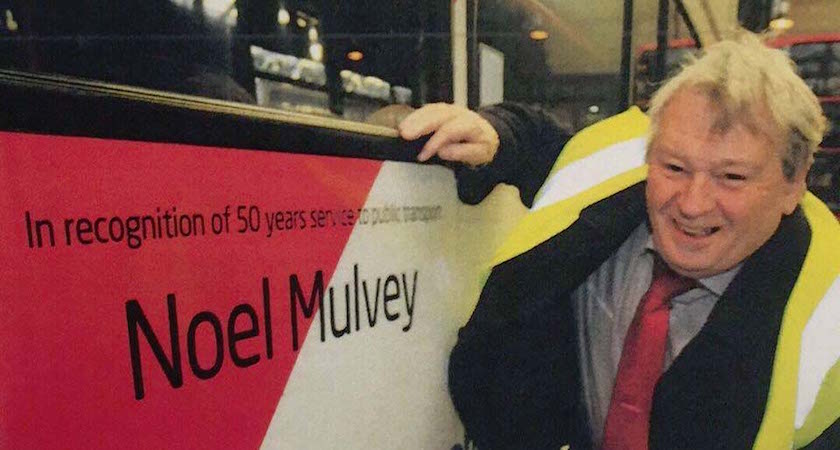 “He was one of the nicest people I have met. Noel had a great sense of humour, always had time and a smile for anyone."

Mr Mulvey worked on the buses for over 50 years.

"He was well-liked and respected throughout the company.  He had a bus dedicated to him with his name on to recognise this achievement,” Mr Albutt added.

Ann Dunne, Noel's former conductor and fellow driver on the buses, recalled her first encounter with the Irishman.

"I first met Noel in the 1970s when he was a driver at the Selly Oak Bus Garage at Yardley Wood. He was my driver and we started a friendship that lasted through the years.

“Noel was a gentleman and a legend of our time on the buses, when I retired and moved home to Ireland, Noel God bless him kept me up to date with what was happening.”

Author and performer Davey Keogh grew up in Birmingham and like many local musicians started off with music lessons at the Birmingham Irish Centre.

"I was a 10-year-old lad at the Irish Centre in Birmingham,"he said, recalling the first time he met Noel.

"Being the youngest of three and too young to be left home alone, my parents would take me with them when attending the dinner and dances held there every weekend.

“Being young and full of fizzy drinks, I had a surplus of energy to burn and so could be found running around the huge dance floor dodging in and out of the dancers and generally getting on everyone's nerves. 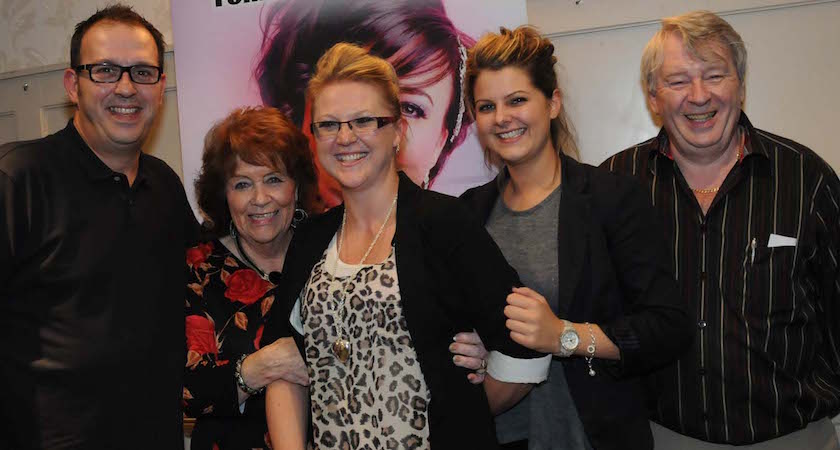 “Then one night, just as I was in the midst of a sprint across the dance floor through the dancers who were enjoying the Siege of Ennis, a huge hand grabbed me by the collar and lifted me off the floor.

“I thought I was flying, no doubt due to the sugar rush from the fizzy drinks, until the big hand turned me around and I found myself face to face with a handsome man in his forties, with a big friendly but firm smile.

“'Got ya!’ he said as if he’d caught a leprechaun. He sat me down on the edge of the stage where he had already placed a packet of crisps and a coke for me. Leaning forward he said ‘keep and eye on the singer, ye might learn something!”

“I sat all night and watched the singer and musicians as they played, and now 40 years later, being a professional musician and singer I always recall that moment whenever anyone asks me how I started playing music.

Mr Keogh added: “Noel stayed a friend of myself and my family for many years after. But I’ll always remember Noel as the man that took the time to introduce me to music."

In 2011, Noel Mulvey was presented with the Birmingham Irish Champions and Heroes award for culture, recognising his contribution to the Irish community and organisations.

The award was followed byNoel and his wife Queenie participating as special guests of honour at the annual Birmingham St Patricks Day Parade.

Noel is survived by his wife Queenie. Funeral arrangements are to be announced.