MINISTER FOR Health Stephen Donnelly believes there are plenty of positives to be drawn from Ireland’s vaccine rollout, despite acknowledging it lags behind the UK.

One in three UK adults have now been inoculated against Covid-19, with cases of the new South African strain of the virus in decline and the Government now aiming to offer a vaccine to every adult by the end of July – two months ahead of schedule.

By contrast, Taoiseach Micheál Martin has warned the public not to expect pubs or restaurants to reopen in Ireland before mid-summer at the earliest amid an emergence of the Brazilian variant of the coronavirus on Irish shores.

Much of the UK’s success has stemmed from its fast rollout of the coronavirus vaccines.

Ireland, meanwhile, has lagged behind as a result of the EU’s failure to acquire sufficient doses of the AstraZeneca vaccine, after signing an agreement for supplies of the jab too late.

The government’s plans were also disrupted by the EU’s refusal to give approval for the AstraZeneca vaccine to be given to anyone under the age of 70.

Speaking from The Helix at Dublin City University (DCU), the State’s first mass vaccination centre, Donnelly said Ireland had to accept it was lagging behind the UK when it comes to administering jabs.

"People are very reasonably looking at the UK and saying, well, the UK are further ahead,” he told reporters [via the Irish Times].

“And they are. We have to accept that, they are.”

Despite this he highlight the fact that Ireland has “one of the faster vaccine rollouts in the EU” and that the situatuon would have been far worse if they had taken the UK’s approach and gone out alone in purchasing vaccines.

“We’re a member of the EU, going with the EU,” Donnelly said.

“Had we gone on our own and as a tiny country tried to purchase millions and millions of doses of vaccines, it is not at all certain we would have been able to do that.

“We would have been competing with the might of the EU. As a member of the EU, and through the EU, we have already advance purchased about 16 million doses, and I’m looking for Cabinet approval shortly to increase that again.” 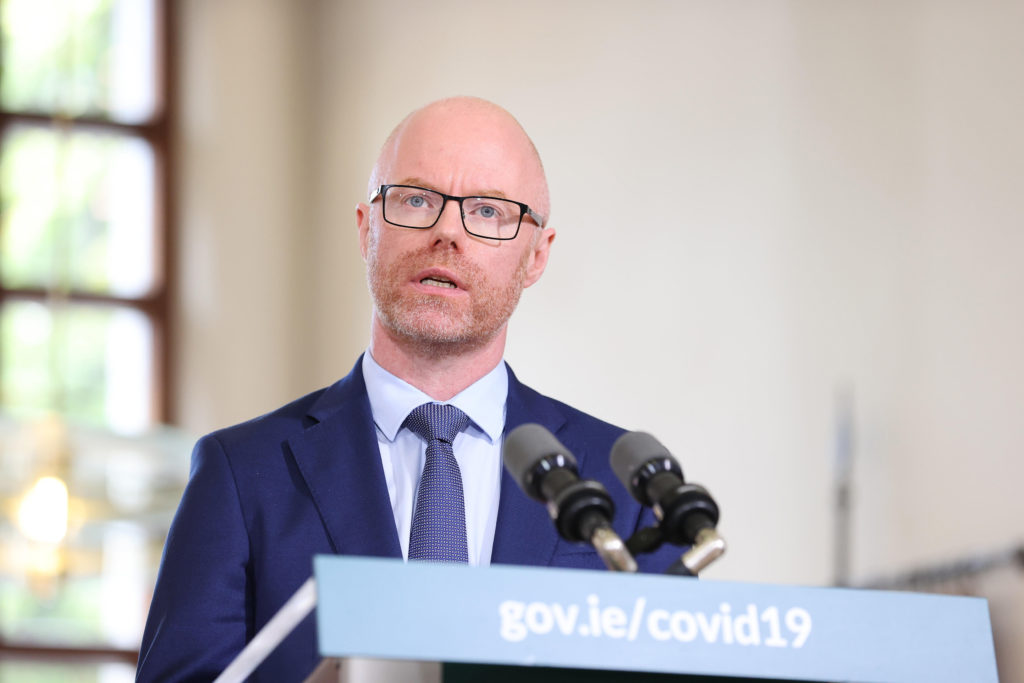 So far, 310,900 vaccines, including 113,291 second jabs, have been administered in the Republic. That amounts to less than four per cent of the total population.

By contrast, 436,143 people have received a first dose in Northern Ireland, which equates to 23.3 per cent.

Despite the slowdown and ongoing row with AstraZeneca over vaccine supplies, Donnelly insists Ireland has “secured a lot of vaccine”.