IRELAND midfield Alan Browne unknowingly played the full 90 minutes against England last night with Covid-19 after the midfielder tested positive for the virus after the match.

It leaves both the Ireland and England squads holding their breath as they nervously wait for results of their own, after they took tests this morning following Browne's diagnosis.

A statement from the Football Association of Ireland read: "The FAI can confirm that Ireland midfielder Alan Browne has testedt positive for Covid-19.

"There are no close contacts of the player and the rest of the staff and squad tested negative ahead of Sunday's UEFA Nations League tie against Wales in Cardiff.

The Preston North-End star has now been isolated from the rest of the squad, who will be gearing up for trips to Wales and then back home to Dublin to face Bulgaria over the coming days.

England meanwhile face a trip to Belgium on Sunday before hosting Iceland at Wembley. 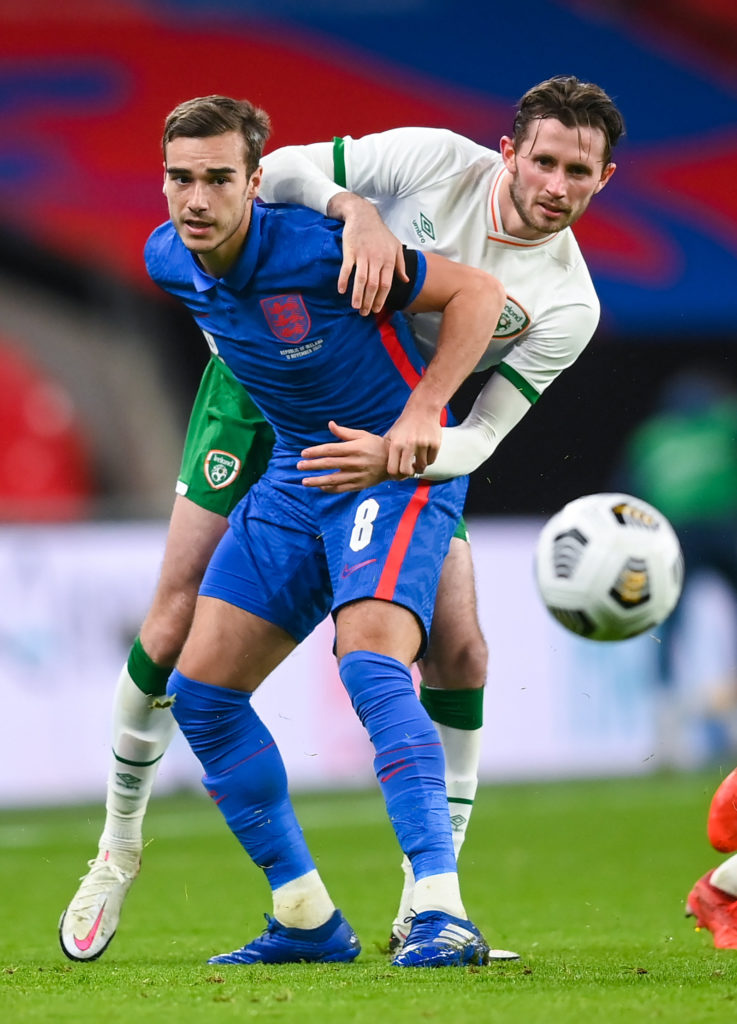 Alan Browne in getting up close and personal with England's Harry Winks during a friendly at Wembley on Thursday. Browne played the match with coronavirus.

Browne is just the latest one of a number of Ireland stars to fallen foul of a Covid-19 case since football returned post-lockdown.

West Brom's Callum Robinson was ruled out of the match earlier this week after contracting the virus, while two players were forced to pull out of Ireland's crunch play-off tie with Slovakia after they were alleged to have sat "too close" to a member of staff who was later diagnosed with the virus while travelling to the game.

Browne was one of just five Irish players to last the entire 90 minutes of Ireland's 3-0 defeat to England.

Goals from Harry Maguire, Jadon Sancho and Dominic Calvert-Lewin secured what was an all too easy win for the Three Lions, leaving Ireland boss Stephen Kenny still searching for his first win in charge.

Worse still, Ireland are now without a goal in nearly 500 minutes of football.