Irish-American priest tipped for sainthood to be beatified on Halloween

Father Michael McGivney may have caused the miraculous recovery of an uborn baby boy who was suffering with fetal hydrops (Image: Wikipedia)

AN IRISH-AMERICAN priest will move one step closer to becoming a saint as he is to be beatified next week.

On Halloween night, Father Michael McGivney will be beatified by the Catholic Church in Connecticut for his work throughout his lifetime-- as well as a miracle which took place more than a century after his death.

Fr McGivney was a first-generation Irish-American; his parents were Irish immigrants, and his father died when he was young.

His father's untimely death led to McGivney setting up the Knights of Columbus, a charity which aimed to keep men in the Catholic Church and provide financial support to other families struggling after losing a breadwinner.

He himself passed away at the age of 38 in 1980-- a victim of the Russian Flu pandemic; but the Knights of Columbus lives on, with an estimated 1.7 million members. 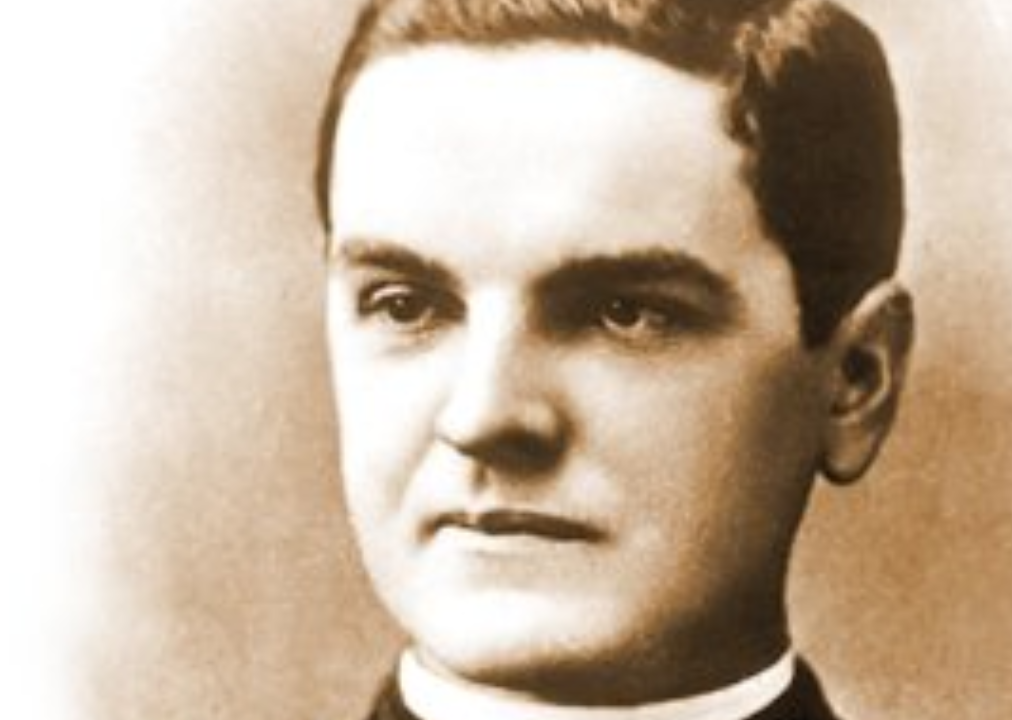 Father Michael McGivney may have caused the miraculous recovery of an unborn baby boy who was suffering with fetal hydrops (Image: Wikipedia)

It was announced that the Knights of Columbus founder would be beatified earlier this year, after Pope Francis recognised a miracle in Michael McGivney's name.

In 2015, a family were told that their unborn baby had no chance of survival: he was diagnosed with Down Syndrome and fetal hydrops in the womb, a diagnosis, to their knowledge, no baby had survived before.

But the devout family prayed to Fr Michael McGivney... and when they went to their next ultrasound, the signs of fetal hydrops had completely disappeared-- a medical impossibility.

The baby, named Mikey after Fr McGivney himself, is now five years old and is doing well, according to the Catholic News Agency.

Fr Michael McGivney will be beatified this Halloween, with a series of events on 31 October and 1 November including a candlelit procession at the church where he founded the Knights of Columbus, and a panel discussion on his legacy.