AS THE Prime Minister condemned reports of hate crimes in Britain post-EU referendum, Irish people have shared their recent experiences of racist abuse.

As David Cameron made his speech to the House of Commons yesterday, the National Chiefs' Police Council (NCPC) said there has been a 57 per cent increase in reported incidents to True Vision, the police hate crime reporting website.

And with the news that anti-Irish abuse could be on the increase in Britain, Irish people in Britain have spoken about about their experiences since the EU referendum.

"Let’s remember these people have come here and made a wonderful contribution to our country. And we will not stand for hate crime or these kinds of attacks. They must be stamped out," Mr Cameron said.

"In the past few days we have seen despicable graffiti daubed on a Polish community centre. We’ve seen verbal abuse hurled against individuals because they are members of ethnic minorities."

The NCPC's Lead for Hate Crime, Assistant Chief Constable Mark Hamilton stressed that the increase does not necessarily mean an increase in racist abuse but rather an increase in reports of hate crime, which includes homophobic and religious abuse.

At the national level, the vast majority of people are continuing to go about their lives in safety and security and there have been no major spikes in tensions reported," he said. "All forms of hate crime are unacceptable in any circumstances.

"Hatred not only has the potential to cause serious physical and emotional harm, it damages communities and undermines the diversity and tolerance we should be instead celebrating.

"Police forces will respond robustly to any incidents and offenders can expect to receive enhanced sentencing." 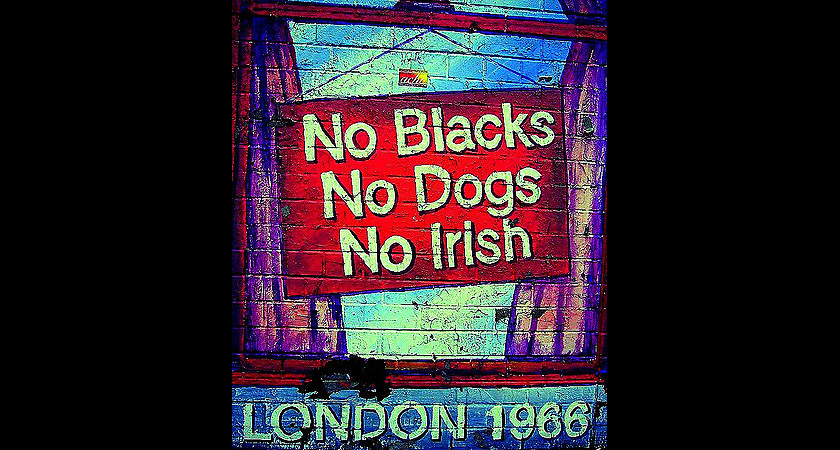 A mural of a No Blacks, No Dogs, No Irish sign in Belfast. Picture: Flickr/sashafatcat Attribution 2.0 Generic (CC BY 2.0)

London-born Esther Doyle, 61, says she is part of the generation that grew up with the 'No Blacks, No Dogs, No Irish' signs and experienced a lot of casual racism in her early life.

This died down after the Good Friday Agreement, she said, but since the result of the EU referendum, she feels she has once again experienced racism.

"I've already been asked by two people am I going home - I was born in Hackney!" she said. "I've had the usual thick Paddy comments for a lot of my early life."

As a second-generation Irish woman - her mother's family coming from the Wicklow-Carlow border and her father's family hail from Naas, Co Kildare - she has now applied for an Irish passport.

"I've always identified myself as Irish and a bit of paper telling me I'm British doesn't make me one!" she told The Irish Post.

"I'm claiming my bit of paper that tells people officially that I'm not British. The thought of being considered one of them in the aftermath of Brexit is more than I can handle!"

The Londoner visits Ireland once or more a year, if she has the money to travel, and says she made contact with several long lost second cousins over the last few years.

"People know I consider myself Irish even though I'm born here," she said. "I have a very slight accent, despite being London born.

"I was brought up in a very Irish world in Holloway, North London. Our Roman Catholic primary school had about 90 per cent kids of Irish immigrants."

"I was told often enough that I was Irish, by English people. And then told I was English by native-born Irish people." 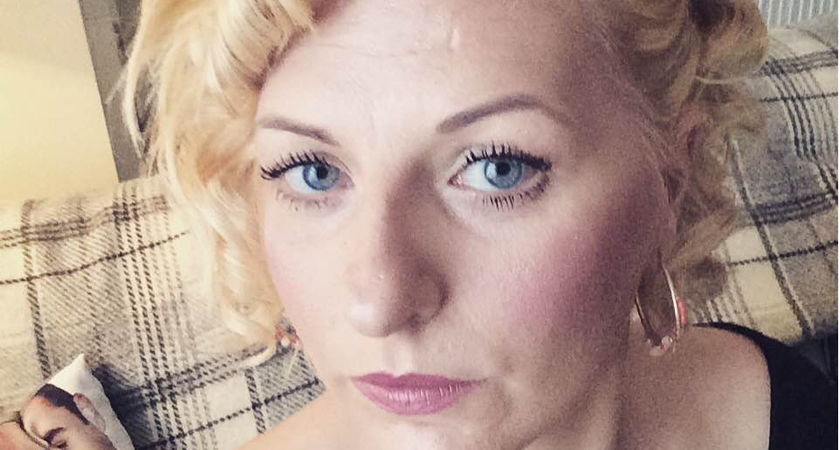 Fiona Connaughton, 34, who was born in Bolton but now lives in Manchester, told The Irish Post that she now feels animosity for supporting her Irish side of the family over her English side following the EU referendum result.

"People would tell me, 'Oh well, you were born in England'. Yes I was, but I also have Irish roots," she said.

This led her father, who was born in Roscommon, to encourage his two children - Fiona and her brother - to be more vocal about their Irishness since the result of the EU referendum.

Ms Connaughton has also recently applied for an Irish passport as she feels more European than British.

She said she feels annoyed over the decision to leave the EU, as EU citizenship has given her many opportunities to travel within Europe and experience new cultures.

"Now that the majority of people voted leave as they wanted their country back, I feel like saying: 'What about me? I want my freedom back!'" she said.

Irish people have also raised concerns over anti-Irish abuse since the result of the EU referendum on Facebook - see some of the debate here...

Joan Keane told us that she feels an anxiety for the future.

Some of our readers on Facebook said nothing has changed so far.

Some have hit out at the suggestion that the EU referendum has made British people more racist.

Have you experienced anit-Irish sentiment since the result of the EU referendum or maybe you think nothing has changed? If so, get in touch and share your thoughts by emailing [email protected]

'Hey Britain, you left us, now I want to leave you'