TAOISEACH Leo Varadkar has been criticised after claiming that British war veterans fought for “European values” in the Second World War, “not just for Britain”.

Speaking in the European Parliament in Strasbourg today, the Irish PM said he was disappointed in the UK’s decision to leave the European Union as the “very brave” heroes who defeated the Nazis had fought for “European democracy”.

Mr Varadkar said: “Britain is a country that I care a lot about. Irish people are very close to British people in so many ways even though sometimes we don’t like to admit that.

“We have a shared culture and a shared history. That’s very much the experience of my family as well.

“My parents met and fell in love and got married in England. My mum is an Irish nurse, my dad is a doctor from India, they both went to England to build their new lives.

“That’s where my sister was born and she still lives there, in London, with my niece and nephew who are English kids.”

He added: “We’re connected by blood in so many different ways and that’s why I really regret the decision that’s been made with Brexit because so much will be lost. 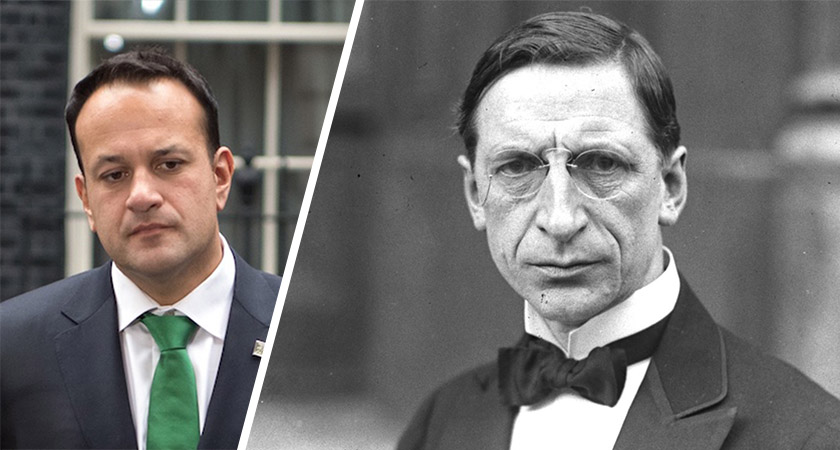 “Also I am conscious of British veterans, very brave people who fought on the beaches of France, not just for Britain, but also for European democracy and for European values and people like that are always in my mind.”

The Taoiseach’s comments were greeted with applause from other European leaders, with German MEP Guy Verhofstadt assuring Ireland that it has the EU’s full support.

“Whatever stance you will take, Europe will always be behind you,” Mr Verhofstadt said.

“We know what is at stake in these Brexit negotiations. We know how existential it is for you.”

But Mr Varadkar’s comments have been met with disdain from Tory MP Jacob Rees-Mogg, who has advised the Irish Prime Minister to brush up on his history.

“Mr Varadkar forgets that Ireland was neutral during the war which implies it had no interest in Europe,” he told MailOnline.

“Eamon de Valera signed a book of condolence at the German Embassy in Dublin on the death of Hitler.

“Perhaps if Mr Varadkar knew his own country's undistinguished wartime history better his views on our history would be more informed.”