AN IRISHMAN has spoken of his hope after DNA could potentially identify remains washed up in Wales 32 years ago as that of his father. 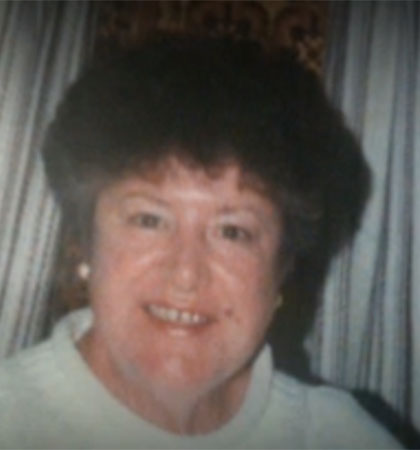 Pauline Finlay was identified through DNA 22 years after she went missing (Picture: RTÉ)

Alan Dowley is one of many relatives who have submitted their DNA to Irish authorities in an attempt to identify loved ones who are missing and feared drowned in the Irish Sea.

Last year, 22 years after her disappearance, the remains of Wexford mother Pauline Finlay were identified by DNA supplied from her family.

In recent months, Irish forensic specialists have accumulated over 100 DNA samples from families desperate to identify their loved ones.

Retired Garda Alan Dowley, who served for 30 years, spoke of his father Brendan Dowley, 63, who went missing in 1985 after returning from England to visit his family in Kilkenny.

"He left the family when I was a teenager, back in the eighties, when he went to work in England," Alan Dowley said.

After the visit, Mr Dowley, who lived and worked in London, then boarded a bus, escorted by his daughter, from Kilkenny to Dún Laoghaire to take the ferry back to England.

However, after there was no contact from their father and no activity on his bank account, Alan Dowley reported his father missing.

Three weeks after he disappeared, a decomposed body washed up on a beach near Holyhead, and while police at the time didn't believe the body could be a match for Mr Dowley, Pauline Finlay's case has prompted Alan Dowley to contact Welsh police again.

Now, through medical records showing surgical scars Brendan Dowley had on his body, the evidence suggests that the body, which has since been buried unidentified in Wales, could actually be Alan Dowley's father.

As a result, Alan Dowley has given a DNA sample in recent weeks in an effort to identify the remains.

While it may take months for the remains to be exhumed for DNA comparisons, he is hopeful. 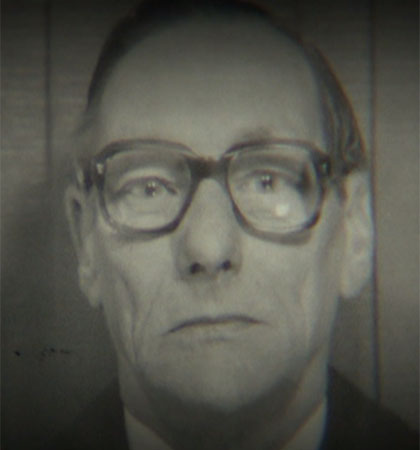 "All of this has happened in a matter of months. My mother is still alive and she's 96. It's peace of mind, just to know what happened," he said.

"Those bodies are waiting to be identified, if it's at all possible. It might bring an ending to someone who's always sitting there thinking whatever happened to their mother, brother or sister or whoever it was."

The collection of DNA samples is an initiative run by An Garda Síochána called Operation Runabay, which involves analysing files that British police forces have handed over on all unidentified bodies.

Detective Superintendent Michael Daly, from An Garda Síochána, said: "There's over 600 unidentified remains in the UK, 114 of which are linked directly to the west coast of England and Wales.

"Some of those are missing persons from Ireland.

The reason why so many Irish bodies could potentially wash up on British shores, marine expert Eleanor O'Rourke says, is down to wind currents.

"The Irish Sea's tides are indeed very important, but there are also what we call wind currents, so that's what happens when the wind blows over the surface of the ocean," said Ms O'Rourke.

"What would make it far more likely that a body would move from the west to the east is our prevailing winds are from the south-west, and if there was something on the surface of the water, the wind could then act on it, taking it across to the UK."

Apart from Pauline Finlay, the most recent cases of identified Irish bodies on British shores include two men last seen in Dublin who were found in Cumbria and Blackpool, respectively, as well as fisherman Lenny Hughes who was found in Wales earlier this year.

You can watch the full clip of Unclaimed here.