AN IRISH muscian's song has been chosen to feature in a forthcoming FIFA World Cup TV advertisement.

Co. Mayo native Faraway Martin revealed this week that his song, I Got Fire, will be used in an ad for Hyundai.

The car manufacturer is an official partner of the FIFA World Cup, which gets under way in Qatar in November.

Faraway Martin, who is himself based in Qatar's capital city Doha, posted the video for the advertisement on his social media, where it has been racking up thousands of views.

Since sharing the news, he has been inundated by well-wishers from Ireland and around the globe.

"Blown away by all the support all around the world, especially at home," he posted on Facebook.

"Thanks so much. I'm so grateful!"

Faraway Martin was recently named as one of Hotpress Magazine's Hot for 2022. 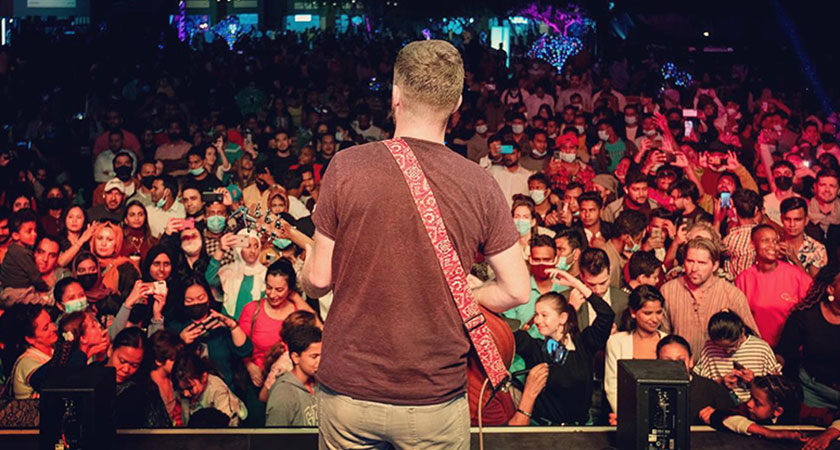 Faraway Martin has been making a name for himself in Qatar (Image: farawaymartin.com)

His previous track, The Lights Turn On, was playlisted on RTÉ Radio 1, 2fm and iRadio in Ireland.

It also reached No. 5 on QBS Radio's Top 40, the largest station in Qatar, making him the only unsigned act in the charts.

However, that could change soon, with FIFA predicting 5 billion people around the world will tune into the World Cup at some point.

Faraway Martin will release I Got Fire as a single next month.