Irishwoman raped, hanged from tree and hit with brick as a child in 1994 reveals identity for first time in powerful interview

An age progression image of the suspect (Picture: PSNI)

A WOMAN from Co. Down who was raped and left for dead as an eight-year-old in 1994 says she always believed she was not her attacker's sole victim.

Waiving her anonymity for the first time after an arrest was finally made by the PSNI, Simone Cunnane recalled how the man lured her into the woods before subjecting her to a prolonged and violent sexual attack in Newry.

While no one has been convicted of the brutal attack, a man in his 40s was arrested on January 30 in connection with Ms Cunnane's rape and attempted murder.

In a powerful interview with Sunday World, the 31-year-old revealed that she now works for Women's Aid and Nexus NI as a sexual abuse counsellor, and urged other possible victims to come forward to police.

She said: "The man approached us, he was smiling and told us he had lost his wee brother and that sometimes he played in the woods and would we help him find him.

"I told him 'I'm not allowed in the woods', but my friend said sometimes he would play there so stupidly he went with him.

"I went too, and once he got us into the woods he told my friend to go in one direction and then he told me that I had to follow him.

"He led me to an overgrown area and we were sitting on a small muck pile when he reached into his pocket and took out this rope.

"It was tied like a noose and as he took it out he said: 'My brother gave me this before he left'. The next thing he had it around my neck and was tightening it.

"I was choking and I tried to pull it away with my fingers. Then I started to shout and he put his hands over my mouth and told me to shut up and that he had a knife.

Ms Cunnane said the man, who appeared to be in his late teens or early 20s at the time, ignored her pleas and brutally raped her.

She added: "He did things to me and made me do things to him, then he told me to stand up. 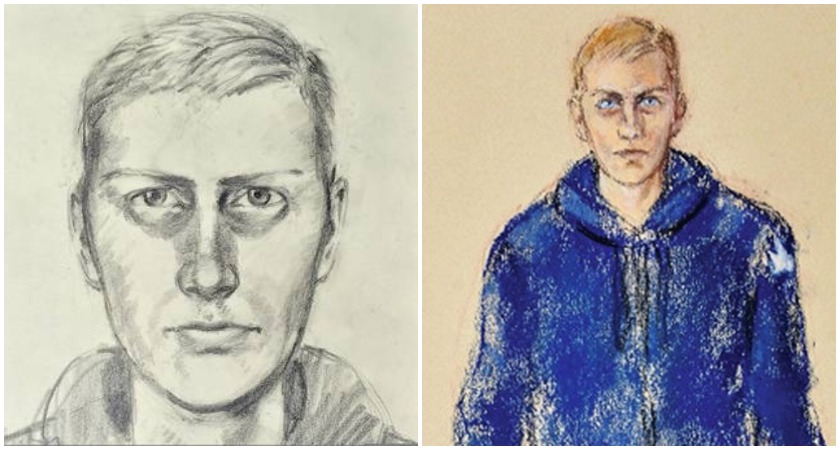 The suspect as he appeared 24 years ago (Picture: PSNI)

"He had the rope on me still and he took me towards the tree where there was a bit of an embankment.

"With the rope that was around my neck, he tied the other part of it to a branch and pushed it off the embankment and I was swinging from the tree.

"As I was grabbing at my neck to try and get the rope off, I could see him standing in front of me, smiling. At some point I must have gone unconscious and the tree branch snapped.

"This is when he must have hit me on the back of the head with the brick.

"I was told after that he raped me as I was lying there unconscious."

After waking up, Ms Cunnane fled towards the nearby home of an elderly couple who called an ambulance and got her to Daisy Hill Hospital.

The police launched a major investigation but the suspect could not be identified.

Police later reopened their investigation in 2013 by releasing a number of computer-generated E-fits of the suspect.

Then last month, a breakthrough came almost almost a quarter of a century later when police arrested a man locally.

A PSNI spokesperson said: “A man, aged in his 40s, was arrested in the Newry area on January 30 as part of a police investigation into the serious sexual assault of an eight-year-old girl in the Barcroft area of the city in 1994.

“He was interviewed and subsequently released on police bail pending further enquiries.”

Ms Cunnane explained she has always believed she was not the attacker's only victim.

Urging others like her to come forward, she said: "I know I am not the only one he has attacked.

"We came up with the idea that these women and anyone else who might come forward can go to Women's Aid and get support and counselling with Nexus.

"Some of these women are ready to go and some are not, but the support is there for them."