ISIS Bride Lisa Smith to 'arrive back in Ireland this weekend'

ISIS BRIDE Lisa Smith is due to arrive back in Ireland, and sources claim she could be brought home as early as this weekend.

The 38-year-old former Defence Forces soldier is currently in Turkey with her 2-year-old daughter Rakaya, awaiting repatriation to her home country.

According to the Irish Mirror, the Department of Foreign Affairs officials spent Wednesday afternoon in high level meetings finalising details of her return to Ireland.

It's understood that military personnel have been sent to Turkey, but are only acting in a supporting role for Smith's repatriation.

Security sources claim that she could be back in the country over the weekend, but that could be delayed to next week due to potential bureaucratic complications in Turkey. 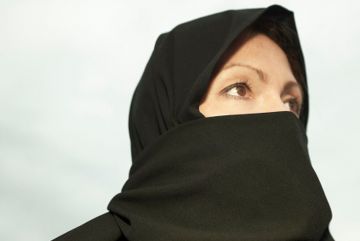 Meanwhile, media in Turkey have reported that Smith could return to Ireland today (Friday).

Gardai have intimated that Smith will be detained and questioned once she steps foot back on Irish soil.

"She will be detained, but not perhaps actually arrested. There are sufficient grounds to detain her," one source told the Mirror.

"She has questions to answer. We cannot and will not let her just saunter off a plane.

"However, the fact that she is will be travelling with her young daughter means this has to be handed very sensitively. And in a humane manner.

"Gardai and the Army have both done a lot of work on who she has met and where she has travelled.

"But they will need to check names, addresses, times of any meetings she had. They are very keen indeed to speak to her."

Sources close to the family of Lisa Smith have insisted that the former ISIS bride is willing to testify and face whatever questions are necessary from Irish authorities in order to clear her name and secure the safety of her infant daughter.

Smith claims she has never been a member of the Islamic State terror group.

Dundalk Councillor Peter Fitzpatrick, who is acting as a spokesperson for the family, insists that she just wants to come home.

"I don’t know whether she’s guilty, or whether she’s innocent but she has been an Irish citizen, herself and her child, and all she wants is a chance to come home and explain exactly what happened," he said.

"She has a baby daughter. In 2019 she was captured and detained by the US forces in Northern Syria, she has denied being a member of Isis, she says she’s not guilty, she says she never owned a gun.