LIAM NEESON’S son Micheal Richardson has spoken candidly about the experience of losing his mother, Natasha Richardson, while still only a teenager.

Micheal was just 14 when his mum died in a freak skiing accident.

A beloved actor on the stage and screen, she left behind not only a bereft husband but also two heartbroken young sons in Micheal and his brother Daniel.

Eager to honour her legacy, Micheal took his Natasha’s surname, Richardson, as his stage name as a loving tribute to the mum he retains so many fond memories of.

Speaking to The Times, Micheal opened up about the tragic loss and admitted how he often wishes his mum was here to he could have a real conversation with her.

“When it's unexpected and it's just a complete freak accident, it really sort of messes with your mind, whether you believe in fate or not.”

"It can send you for a bit of a head spin, and so you just latch on to the tiny little memories, whether it's her laugh or her energy in the room or her cooking. I do have her films to go back and watch her in, which I'm incredibly grateful for."

Despite the shocking and tragic nature of her sudden death, Micheal has nothing but fond memories about her, even if he wishes she could have lived to see the man he is today.

"She was a terrific, terrific mother. What I wish is I could have just these adult conversations with her, these random questions about the industry or music.

"I was a mama's boy growing up and she was really my best friend. I mean we were all a close family, but Danny [his younger brother] was my dad's boy and I was my mom's boy, for sure." 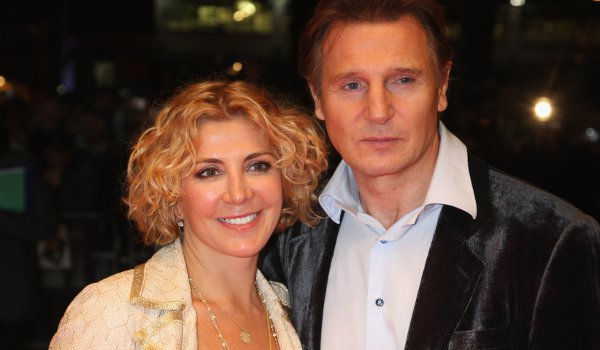 Micheal has fond memories of a childhood enriched by his mother’s sense of fun.

"I feel like I had a relatively normal upbringing, but then I have memories where we are on a holiday and spontaneously Mom would get everybody together and say, 'Come on, let's write something. Let's do a play,'" he revealed.

"And of course there were really talented famous actors around us, from Sir Ian McKellen to Ralph Fiennes, and we would all get together and write this funny play."

Micheal Richardson most recently starred alongside his dad in Made in Italy, a poignant comedy centring on a father and son still grieving the loss of their wife/mother.