RYAN TUBRIDY has spoken out against those who racially abused a number of England players following their penalty-shootout defeat to Italy in the final of Euro 2020 on Sunday night.

Marcus Rashford, Jadon Sancho and Bukayo Saka - who failed to score their spot-kicks - were all subjected to horrific racial abuse following the game.

Speaking the next morning on RTÉ radio, Tubridy condemned the behaviour, describing it as a "horrible reflection of the worst of England."

"The worst types of people came out, the worst attitudes came out. And I don’t know if this would happen in any country," he said.

"I’m not having an anti-England go here, I’m just saying, isn’t it fascinating that people get behind the national side… and then when it goes wrong or they don’t succeed, on a coin, lots of people turn."

The Late Late Show host went on to quote a tweet he had read on Sunday night from black culture writer Jason Okundaye.

"Mr Okundaye had shared a screenshot of a WhatsApp message from his mother which read: 'Evening All. If any of you are out. Please get home early. I am begging you all. It is going to be rowdy and violent tonight. All missed penalties were by black players.'

"If the same three players had successfully brought England through to the final, I don’t imagine one mean tweet would have been sent. So what does that say?" 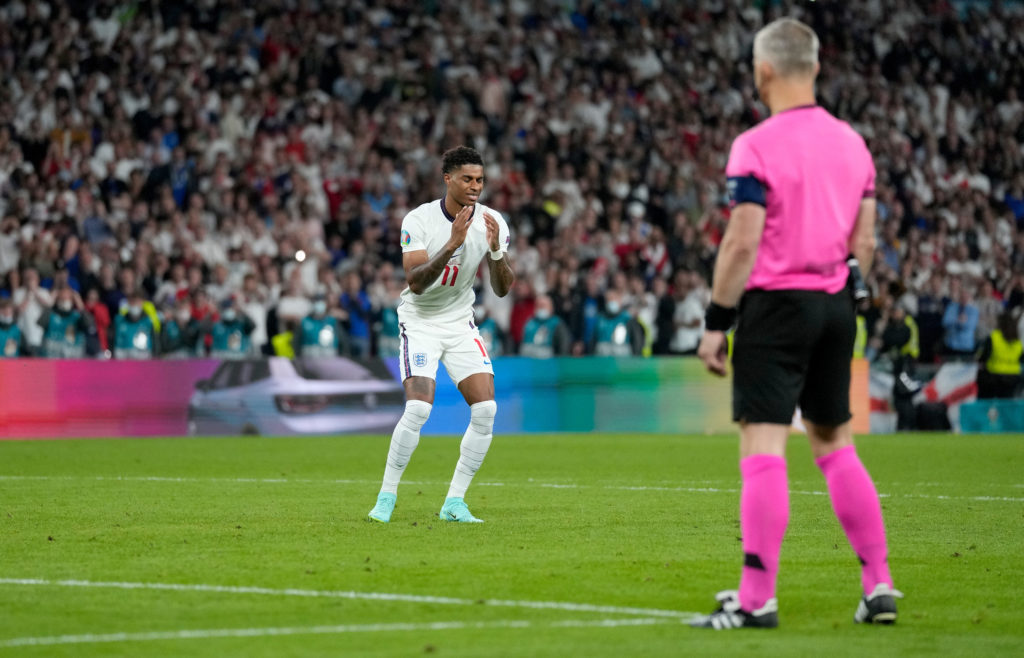 Marcus Rashford reacts after seeing his penalty strike the post

England were left heartbroken after falling at the very last hurdle, with Italy's agonising penalty victory denying the Three Lions the chance to lift their first major piece of silverware in 55 years, and in front of their own fans, no less.

Harry Kane and Harry Maguire converted England's first two penalties, but misses from Rashford, Sancho and Saka ensured the European Championship trophy would be coming to Rome, rather than 'coming home'.