ALL EYES were on Donald Trump and Joe Biden last night as they took to the stage for the final debate before the Presidential Election.

This debate was more structured than the last one, which infamously descended into shouting matches and interruptions-- yesterday, organisers even included mutable microphones to ensure this did not happen again.

Thankfully, the mutable microphones weren't needed as much as some had feared-- but that doesn't mean the debate was always civilised.

Both candidates took aim at the other where it hurt; Mr Trump on Biden's alleged links to Ukraine through his son, Hunter, and Mr Biden focusing on the coronavirus tragedy which has left more than 220,000 Americans dead. 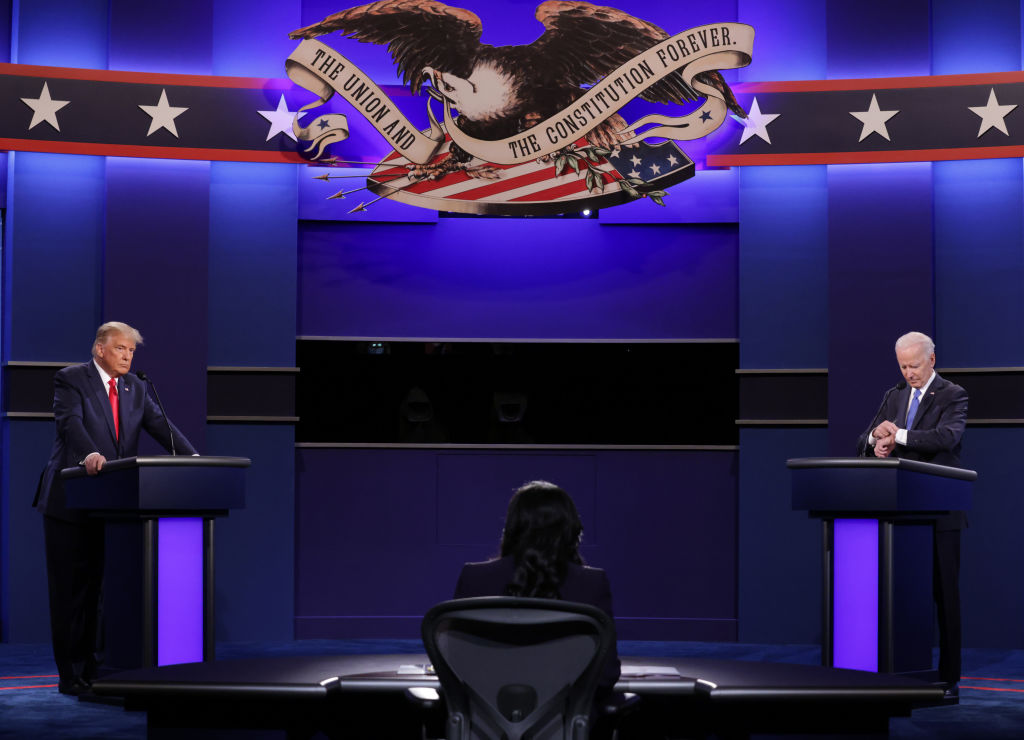 The Democrat accused Trump of constantly underplaying the virus and failing to take responsibility for the number of deaths and cases which make the USA the worst-hit country in the world.

For the first time, however, Mr Trump appeared to accept his role in America's crisis, stating "Excuse me, I take full responsibility".

Mr Biden had clearly not expected this, as his face became a mask of bewilderment, but Mr Trump immediately followed up with his regular comment:

"It's not my fault that it came here. It's China's fault."

He accused China of covering up the emergence of the virus and acting too late to contain it, leading to it spreading across the world and causing global shutdowns.

He reiterated that he had acted first when, at the beginning of this year, he banned people from China from entering the United States.

Mr Trump said again that the virus was "going away" and a vaccine would be available soon, stating the USA was "learning to live with it".

Mr Biden, however, countered President Trump's comments with "We're dying with it!".

Putting the blame on the president for the shocking death toll of over 220,000 people, Mr Biden said:

"Anyone who's responsible for that many deaths should not remain president of the United States of America."

The USA will vote for their next president on 3 November.

Over 1,000 Chinese nationals pay up to €1 million each for Irish residency