US PRESIDENT Joe Biden has hailed the guilty verdict handed down to former Minneapolis police officer Derek Chauvin in the murder trial of George Floyd as “a giant step” towards justice.

The killing of Floyd, an African-American man from Minneapolis, sent shockwaves around the world after a video surfaced online last May showing Chauvin kneeling on the victim’s neck while Floyd could be heard pleading “I can’t breathe.”

A medical examiner later determined that Chauvin had knelt on Floyd’s neck for nearly nine minutes during which time he lost consciousness and later died.

Commenting on the verdict in a televised statement, Biden hailed the verdict as an important step forward.

"It was a murder in the full light of day, and it ripped the blinders off for the whole world to see," Biden said. "Systemic racism is a stain on the nation's soul."

The Irish-American president reflected on the protests witnessed in the wake of Floyd’s killing, drawing a comparison between the unrest witnessed and the civil rights movement in the US.

He acknowledged that despite the verdict the Floyd family had still lost a loved one.

"Nothing can ever bring their brother and father back," he said "but this can be a giant step forward in the march toward justice in America."

Biden also singled out the “brave young woman” who recorded Chauvin kneeling on Floyd’s neck in what proved a key piece of evidence in the prosecution’s case.

He also praised those police officers who testified against Chauvin  "instead of closing ranks".

"For so many it feels like it took all of that for the judicial system to deliver basic accountability," Biden added. 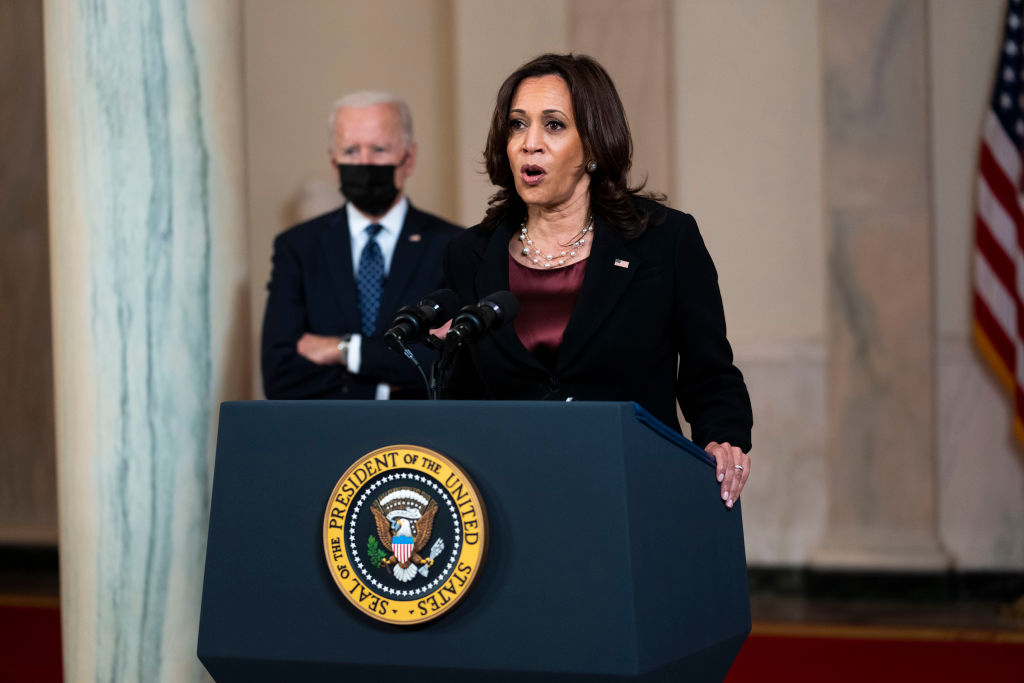 The verdict was also welcomed by US Vice President Kamala Harris though she used her televised remarks to call on the US Senate to pass the "George Floyd Justice in Policing Act" which is being established to address the aggressive tactics used by some in law enforcement when dealing with minorities.

"A measure of justice isn't the same as equal justice. This verdict brings us a step closer," Harris said.

Biden’s comments followed on from remarks made earlier in the day when he told reporters he was praying for the “right verdict” in a remark that drew criticism.