A NUMBER of Leo Varadakar's general election posters have been covered with batman masks in Drogheda, Co. Louth.

The defaced posters first appeared over the weekend, and nobody seems to know who's responsible.

The culprits haven't just vandalised one or two either - Varadkar posters adorned with batman masks are appearing all over town.

It's thought that more than 10 posters have had masks stapled to them, with five on the Dublin Road and at least three on the Rathmullen Road, according to the Irish Mirror. 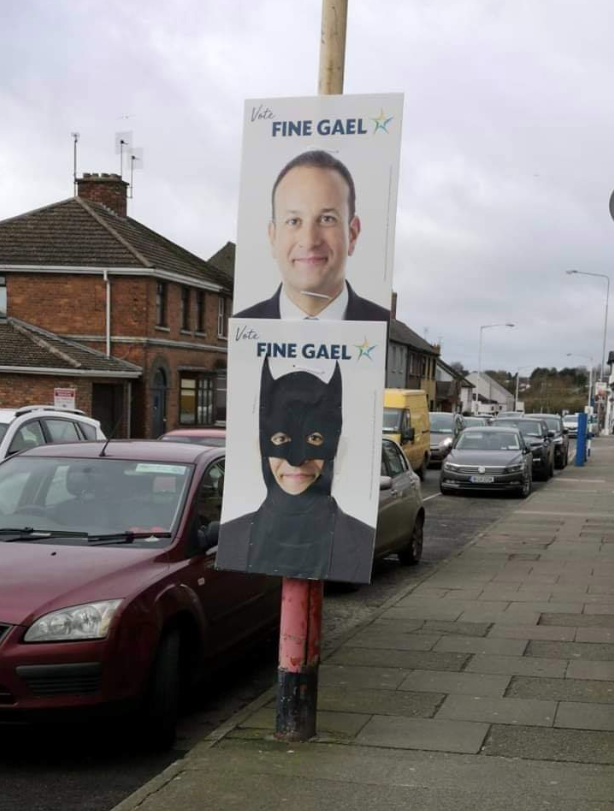 Locals have taken to social media to post photos of the bizarre happening, wondering just where the mysterious masks are coming from - and indeed why they're being stapled to the Taoiseach's face.

It's clear that whoever's behind the prank has gone to a lot of trouble, as many of the posters are so high up they'd need a ladder to reach.

One Facebook user commented: "Robin would have been more appropriate... Fine Gael have been robbing us all for the last 9 years." 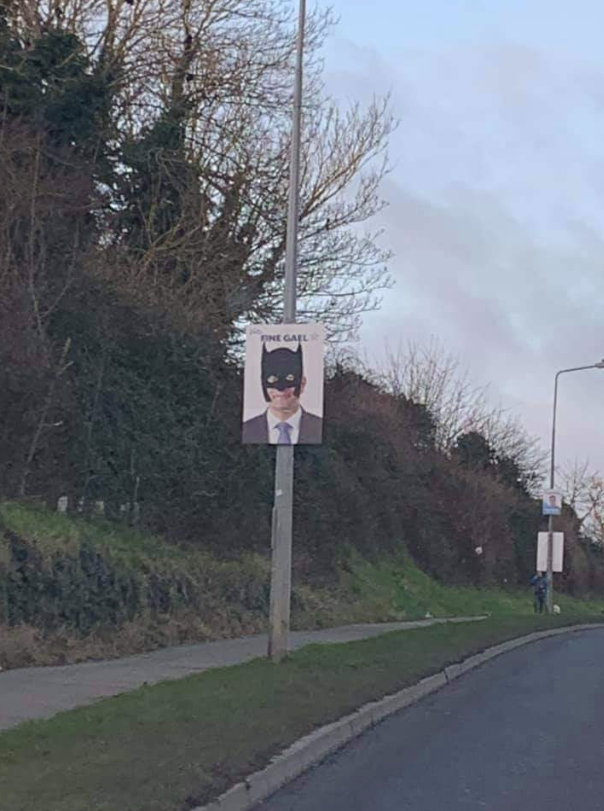 Glancing at the latest opinions polls this morning, Fine Gael could do with a superhero after falling behind both Fianna Fail and Sinn Fein into third-place.

Perhaps it's safe to assume that Varadkar might not be the hero Fine Gael needs right now, regardless of if he's the one they deserve.