A group of multi-ethnic elementary students stand around a colorful gay pride poster. They are each holding an edge of the poster so it is out flat for the camera to see. Only the tops of their heads can be seen as the picture is taken from an aerial view. Each of the students are wearing casual clothing.

AN LGBT charity is urging teachers not to refer to pupils as 'boys' or 'girls' but to call them 'learners' instead.

They feel as if 'learners' is a more inclusive alternative which won't alienate those who don't feel as though they fit into either the 'boy' or 'girl' categories.

Stonewall, a UK-based LGBT rights charity, is insisting on the change as part of a wider move to ditch gender-based language in schools.

They also want children to compete against the opposite sex in sport and PE, and want to do away with gendered uniforms.

Stonewall's guides advise staff to: "Avoid dividing learners by gender, whether in the classroom (you could divide them by their favourite colour, month of birth or something else) or through uniform, sports activities or other aspects of school life."

One pamphlet states that transgender pupils should use the toilets, changing rooms and dormitories on school trips that they feel most comfortable being in. 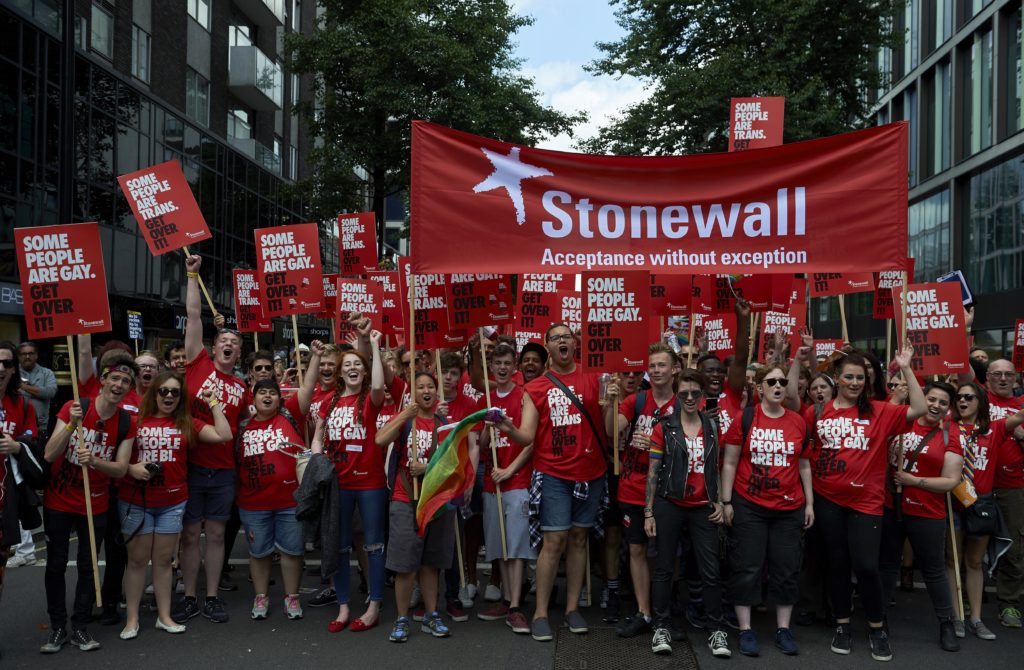 Members of "Stonewall", who work for equality and justice for lesbians, gay men and bisexuals, take part in the annual Pride Parade in London on June 27, 2015. AFP PHOTO / NIKLAS HALLE'N (Photo credit should read NIKLAS HALLE'N/AFP via Getty Images)

Earlier this month, Stonewall were heavily criticised after trying to ban the word 'mother' in office workspaces.

They wanted to replace it with 'parent who has given birth' in order to avoid offending transgender individuals who may have given birth but do not identify as female.

Britain's equalities watchdog, the EHRC, recently cut ties with the charity, because they felt that the their scheme for 'woke' workplaces curbs the right to free speech of staff members.

Its decision comes amid accusations that the scheme is encouraging public bodies to adopt policies that create a 'culture of fear' among workers who disagree with transgender ideology.