Michael O’Neill has hit out at Northern Ireland football supporters who were captured on video singing anti Catholic songs in a Belfast pub last weekend.

In the 20-second clip, which surfaced on Twitter, a group of people can be heard singing “we hate Catholics” to the tune of the 1980s Tiffany hit I Think We’re Alone Now.

The video was recorded in a Belfast pub on the same day Northern Ireland defeated Belarus 2-1 in a Euro 2020 qualifying game.

O’Neill is from a Catholic background and played Gaelic football for the Antrim minor side before concentrating solely on football in the early 80s. 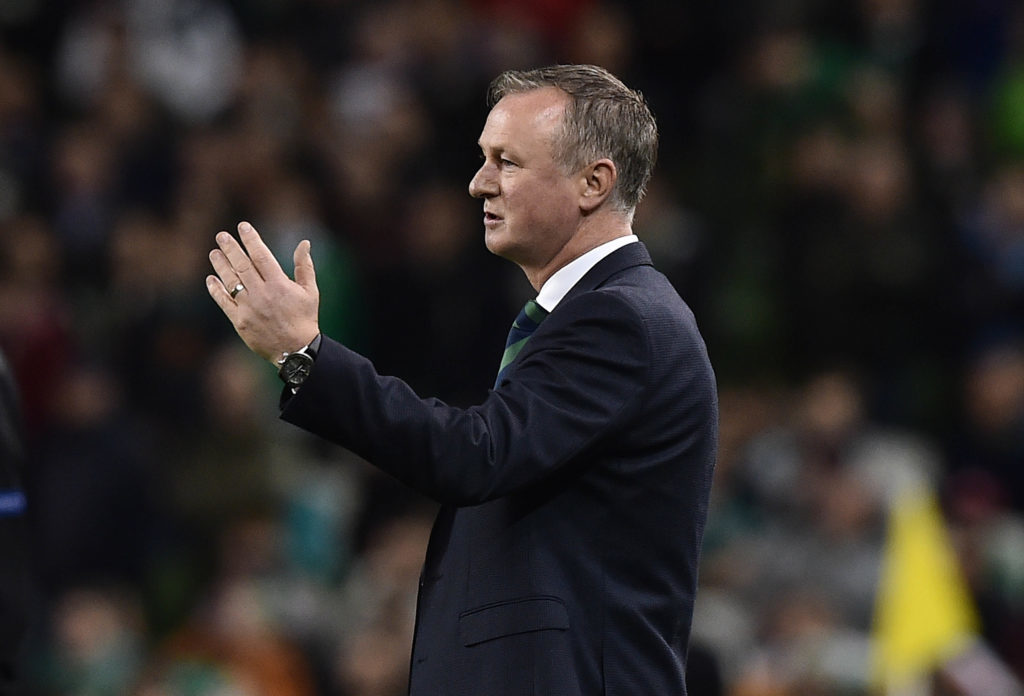 Northern Ireland manager Michael O'Neill gestures during the International friendly football game between the Republic of Ireland and Northern Ireland at Aviva Stadium on November 15, 2018 in Dublin, Ireland. (Photo by Charles McQuillan/Getty Images)

The former Shamrock Rovers manager said: “There’s no place for that kind of behaviour. It’s one or two mindless idiots and not a reflection on 99.9 per cent of the support.

“The Northern Ireland team is for everyone and that’s the message. We’re stronger together and we’ll continue in that vein.

“I certainly don’t think it’s a reflection on Northern Ireland as a team, or in terms of our support either. We had a fantastic game here on Sunday night and a fantastic atmosphere in the stadium.”

And he added: “We would ask for the supporters to behave themselves away from the stadium. It’s a tiny minority of people, whether it’s the influence of alcohol or not, it’s disappointing.”

The IFA have have said those responsible will face lifetime bans from attending Northern Ireland matches.

In a statement earlier this week, they said: "The Irish FA condemns sectarianism of any kind.

"The chanting in the video was wrong and if those involved can be identified, the association will work to ensure that they are prevented from getting tickets for Northern Ireland matches."