President Trump promises that he will return to Ireland soon

He’s scheduled to visit London in December for a NATO summit, which could also mean another spell in Ireland for the President.

However, US government officials say that such a trip is “highly unlikely” due to the fact that he’s had two formal engagements with Taoiseach Leo Varadkar in the space of three months - which is rare.

They also stressed how the visit involved “huge logistical work” - costing the Irish taxpayer as much as €10 million for security, and would unlikely be repeated in the near future.

Trump spent two nights in his golf resort in Doonbeg, Co. Clare during his official state visit last week and his it went down very well with locals - who credit him with bringing job opportunities to the area. 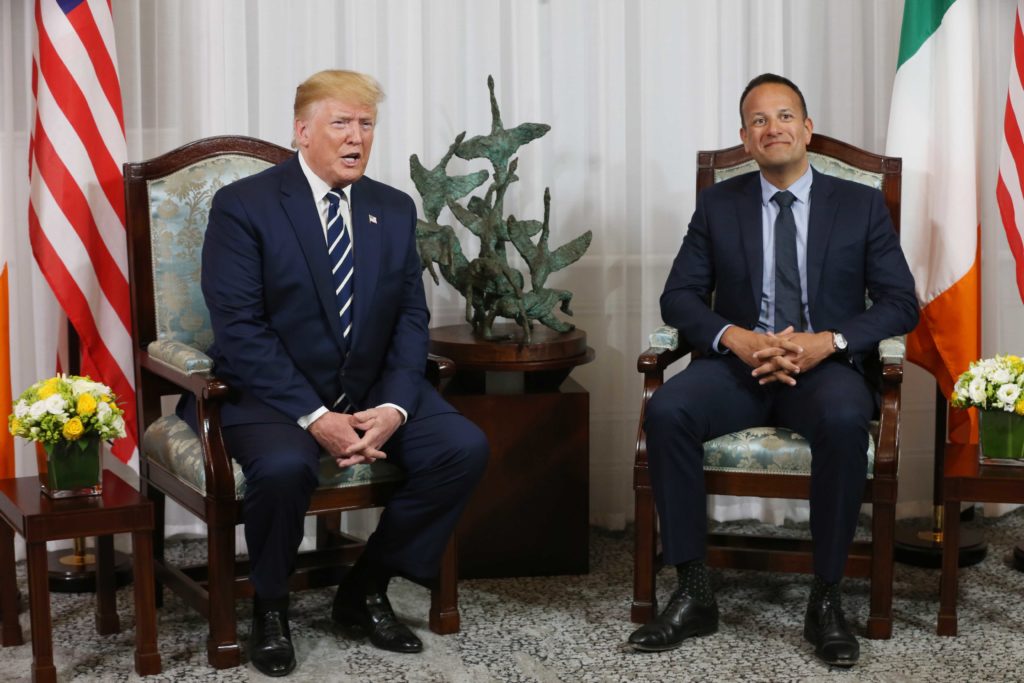 The US government officials also claimed that “the President would be welcome back any time. I think that’s clear.”

“In a similar way Ireland is invited to the White House on an annual basis.

President Trump spoke about his “love” for Ireland on Wednesday during his meeting with Varadkar at Shannon Airport and admitted that he felt as if he and the Irish Prime Minister had become “good friends” in the short space of time they’ve known each other.

Irish officials were said to be monitoring Donald Trump’s Twitter feed after he left, looking for any mention of his stay in the country, but were quite satisfied that he would have nothing but positive things to say.